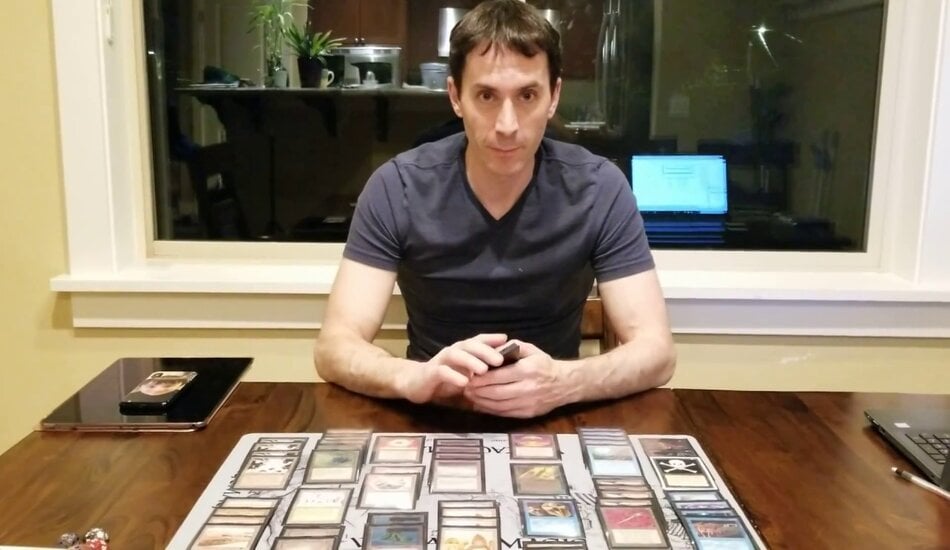 Allegations of cheating in Magic: The Gathering reared its ugly head once again, this time in a casual Old School tournament at MagicFest in Las Vegas.

In what was supposed to be a fun and casual style tournament during MagicFest in Las Vegas, became a little too much like the “old days” of Magic. Shortly after winning the Old School tournament, MTG player Brian Weissman was called out for cheating on Twitter.

Accused of including an extra Circle of Protection for the final match, the accusations stemmed from a photo of Weissman’s decklist prior to the tournament which didn’t match up with his deck played in the finals. Weissman at first defended himself, saying the photo was of a testing decklist.

“I ran the same 75 for the tourney and had him photograph my testing list, which was what I wanted public,” said Weissman on Twitter.  “There is no rule requiring you to have your same list photographed, we didn’t register decks or anything. Put your pitchforks away.”

But the pitchforks continued to fly, including a tweet from ChannelFireball (CFB), event runners of the Old School tournament and MagicFest Las Vegas.

Eventually, Weissman replied on Twitter that he would step down as the champion of the MTG Old School tournament and return the trophy. Defending his innocence in the matter, Weissman says he stepped down because it’s the right thing to do.

Weissman is no stranger to Magic or its rules. Creator of “The Deck” in 1996, he helped shape how Control decks are played today. Ironically, his 1996 decklist of The Deck included two Circle of Protections in the sideboard.

Whether Weissman intentionally cheated by adding the second Circle of Protection or it was an accidental oversight, doesn’t really matter. At one time, especially during the days in which Weissman created The Deck, cheating was a common occurrence during MTG tournaments (casual and Pro level).

It’s a dark side of Magic no one wants to return to. And yet, this isn’t the first time cheating has occurred in the past year. Several smaller tournaments have had cheaters called out from Twitch streams while the stain created by Yuuya Watanabe at Mythic Championship II is still fresh in the minds of the MTG community.

Weissman did the right thing by returning the title, even if it took some persuading from the MTG community on Twitter. And CFB is continuing along the right path by inviting players who competed in the Old School tournament back for a re-do.