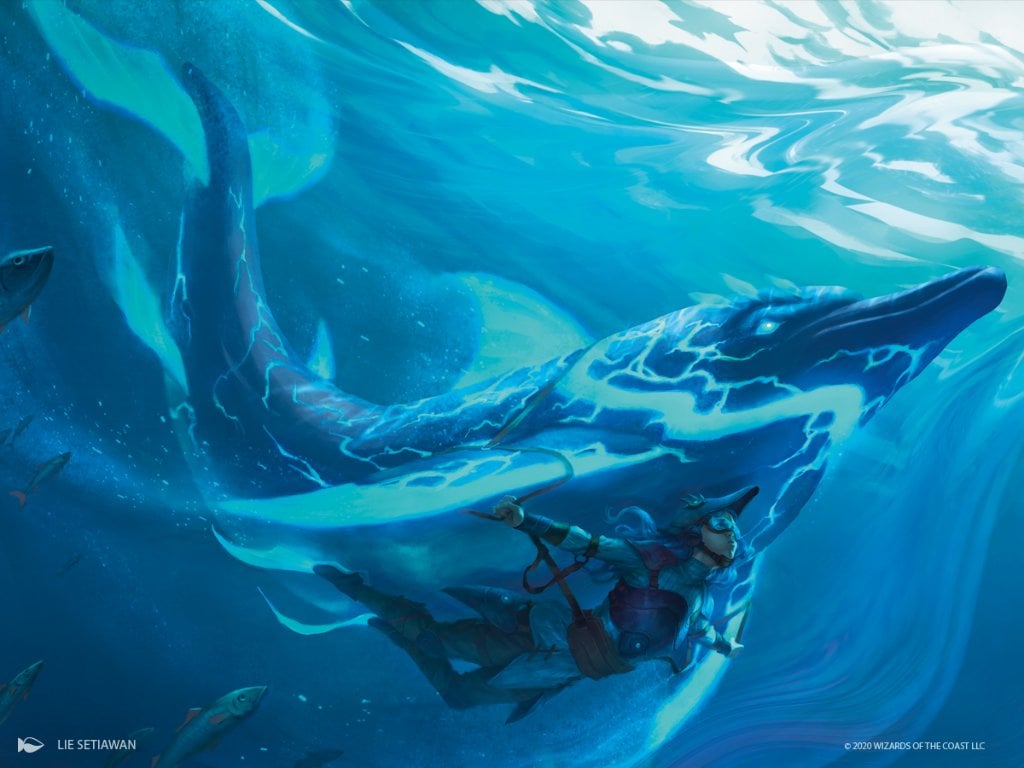 Magic: The Gathering is about to release its newest set, Ikoria: Lair of Behemoths. The new set also coincides with the release of all-player drafts on Magic Arena, so the draft experience is about to get real.

That means it’s time to rank the commons and uncommons you’ll find in Blue this season. 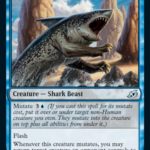 This is another in a series of five-mana 3/4s, and it’s one of the better ones. Its mutate cost specifically shines, giving you not only a card in hand but a 3/4 flier ready to swing into combat. I’m not sure you’ll want to mutate it again past that, but it’s a great play to set up the mid-game.

Avian Oddity provides a lot of flexibility and can play multiple roles throughout the game. It can block easily, swings in to attack, and in the late game can be cycled to give your biggest beater into a flying powerhouse.

As a two-mana enchantment, this is relatively low cost and has a huge payoff if you can turn it into a Kraken. Just make sure to build your deck with early game blockers so you survive until things get ominous. Bonus points for the cycling if you draw this late.

Giving something flying is fine, but Wingspan Mentor’s best use is to slowly turn any flyer you have into the biggest card on the battlefield. Using this to block, then activating it will be a common play.

Divination is generally a good card in any draft environment, but Of One Mind cranks it up a notch with a serious discount. Even if you do nothing towards meeting the requirement, sometimes you’ll just be able to cast this for one mana and feel like a freaking genius.

Cycling negates almost all of the downside for running counterspells in draft, and Neutralize is so flexible that you’ll want to keep it over other counters. I don’t see any reason not to jam one or two of these into your Blue deck come release.

Sure, some games are going to end before you can cast this spell, and some will end even if you do. But there will be games where this mutates two or more times, and there’s basically no winning against this monster once it gets rolling.

Capture Sphere is a welcome reprint in this set, capable of trapping any annoying beastie you may want to at instant speed. Most importantly, this kind of removal sticks even if a creature mutates, so feel free to save this for an easy two-for-one.

The synergy this Frog has with the rest of the Blue cards is hard to deny. Not only does this discount all creature spells (including mutate casting costs!), but it gives a bonus to mutating that really pushes this creature into greatness. Add on its cheap cost and ability to block in the early game and it’s hard not to love this little croaker.

Man-o’-War got a serious upgrade this set, and honestly its the best thing ever. With flash, this creature can do it all, whether that means bouncing something at the worst possible time for your opponent, or simply hitting the battlefield and gobbling up an enemy creature. Plus, do you see that art? I’m in love.