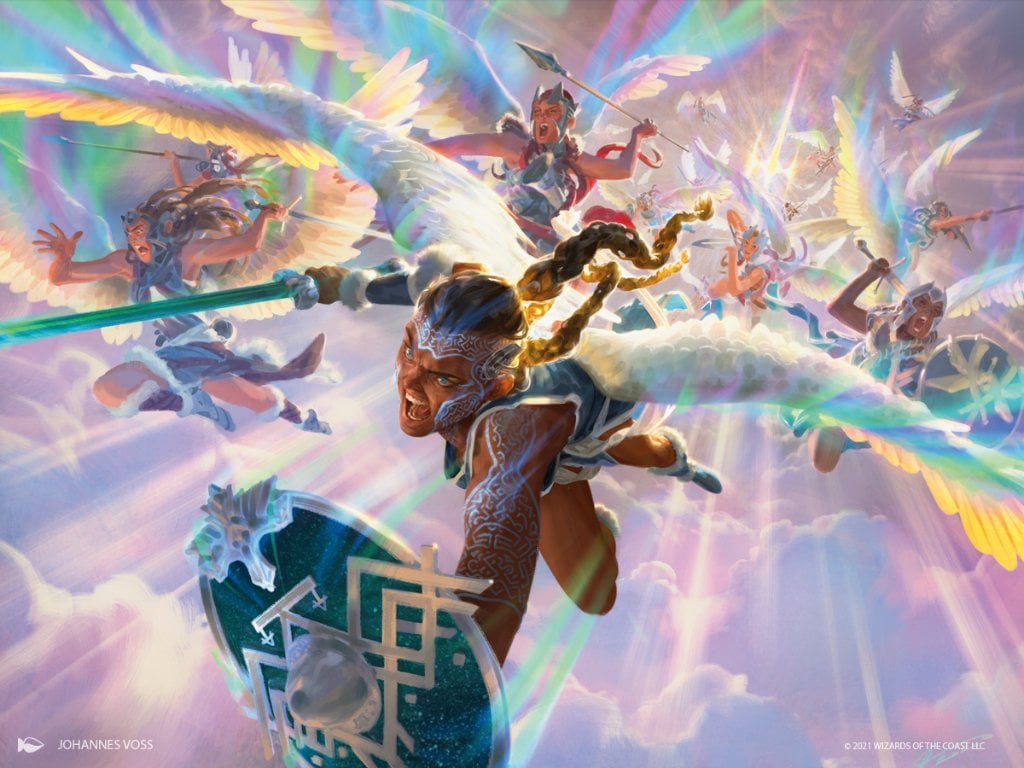 In Magic: The Gathering, Lifelink is one of the most helpful static abilities that a creature can have if you’re looking to prolong a game or survive an aggressive onslaught.

The mechanic, which is automatic and does not get added to the stack, is primarily used on White and Black cards.

As defined by the official game rules, damage dealt by a creature with Lifelink “causes that source’s controller, or its owner if it has no controller, to gain that much life (in addition to any other results that damage causes).”

Any time that creature deals damage, you gain life for however much damage it dealt. If your creature has two power and you attack with it, you gain two life.

This effect will happen whether the creature is dealing damage to a player, planeswalker, or creature. It does not matter if that creature is attacking, blocking, or affected by a spell that causes it to do damage.

That means this effect is not exclusive to combat damage.

Now that the basics are out of the way, you’re probably reading this because you’re playing a game with your friends and need to figure out a ruling for a niche situation you’ve encountered.

Here are a couple of the weird situations you might find yourself in with Lifelink accompanied by their ruling.

As a static ability, life gain from Lifelink happens at the same time as combat damage. If a player’s life total would go below zero from combat damage but Lifelink effects would push their life total back above zero, they do not lose the game.

Their life total effectively becomes X minus damage dealt plus life gained all at once.

This wasn’t always the case. Prior to “Magic 2010,” the effect was a triggered ability, meaning it went on the stack and damage dealt could kill a player.

Lifelink persists regardless of where a creature might be when they deal damage. If there is a niche card or ability that has a creature dealing damage from your hand, library, or graveyard, that damage dealt will still result in life gain.

Be especially careful with the text on the card you’re using for those instances, if the spell or ability is dealing damage equal to a creature with Lifelink’s power, that damage will not cause life gain. It’s only if the creature itself is dealing the damage.

Some cards have triggered abilities based on instances of life gain. While lifelink all happens at the same time, if you have multiple different creatures with lifelink, each individual creature causes a separate instance of life gain.

Ajani’s Pridemate is a creature that’s popularly run in White decks built around life gain mechanics. Every time you gain life, the Pridemate gets a +1/+1 counter.