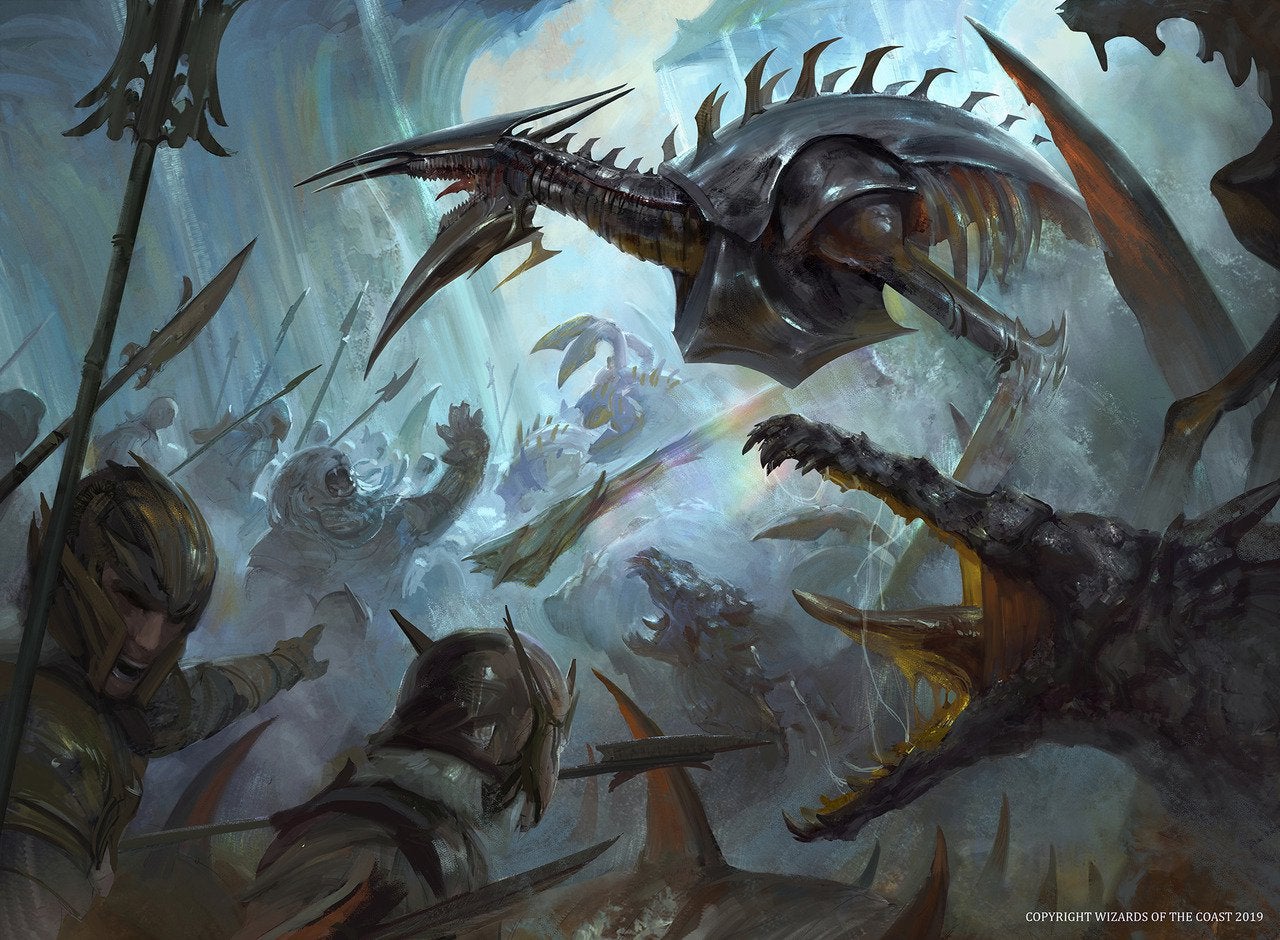 Jin-Gitaxias has returned to Magic: The Gathering Standard with a new card printed in Kamigawa: Neon Dynasty, and it has all of the annoying qualities Blue control players love to take advantage of.

Jin-Gitaxias, Progress Tyrant is a seven-mana Legendary creature requiring two Blue mana. Despite having just a 5/5 body, the creature gains value because of its two abilities.

The first ability on the card duplicates any spell that you play.

“When you cast an artifact, instant, or sorcery spell, copy that spell,” the card reads. “You may choose new targets for the copy. This ability triggers only once each turn.”

While the card makes it clear that you may choose new targets for copies of a spell, the official ruling of the card is such that copying modal cards or spells that have you divide damage must maintain the same modes or divisions of damage as the original spell cast.

For instance, if you were to play Magma Opus and chose to divide the four damage allotted as three to one target and one to another, the copy of Magma Opus would also be three and one. Luckily, you can get creative and select new targets for the copied spell.

Similarly, if you copy a modal spell like Cryptic Command, you can’t select new modes for the copy. But if you select a mode that allows you to target something, you may pick a different target for the copy.

The nature of these copied spells means that they are not “cast” and therefore don’t trigger abilities that are triggered from “casting.” Lastly, if a spell is countered, the copy of that spell will still resolve. Because of the way the copy is put on the stack, it will resolve before the original spell.

The second ability on Jin-Gitaxias is far less complicated from a rules perspective but still has its own niche ruling situation in games involving more than one opponent.

“Whenever an opponent casts an artifact, instant, or sorcery spell, counter that spell,” the card reads. “This ability triggers only once each turn.”

When you are playing against multiple opponents, Jin-Gitaxias will only counter the first spell played in a turn, regardless of the opponent who plays it. It will not trigger once per turn for each opponent. Instead, it only triggers one time per turn in total.