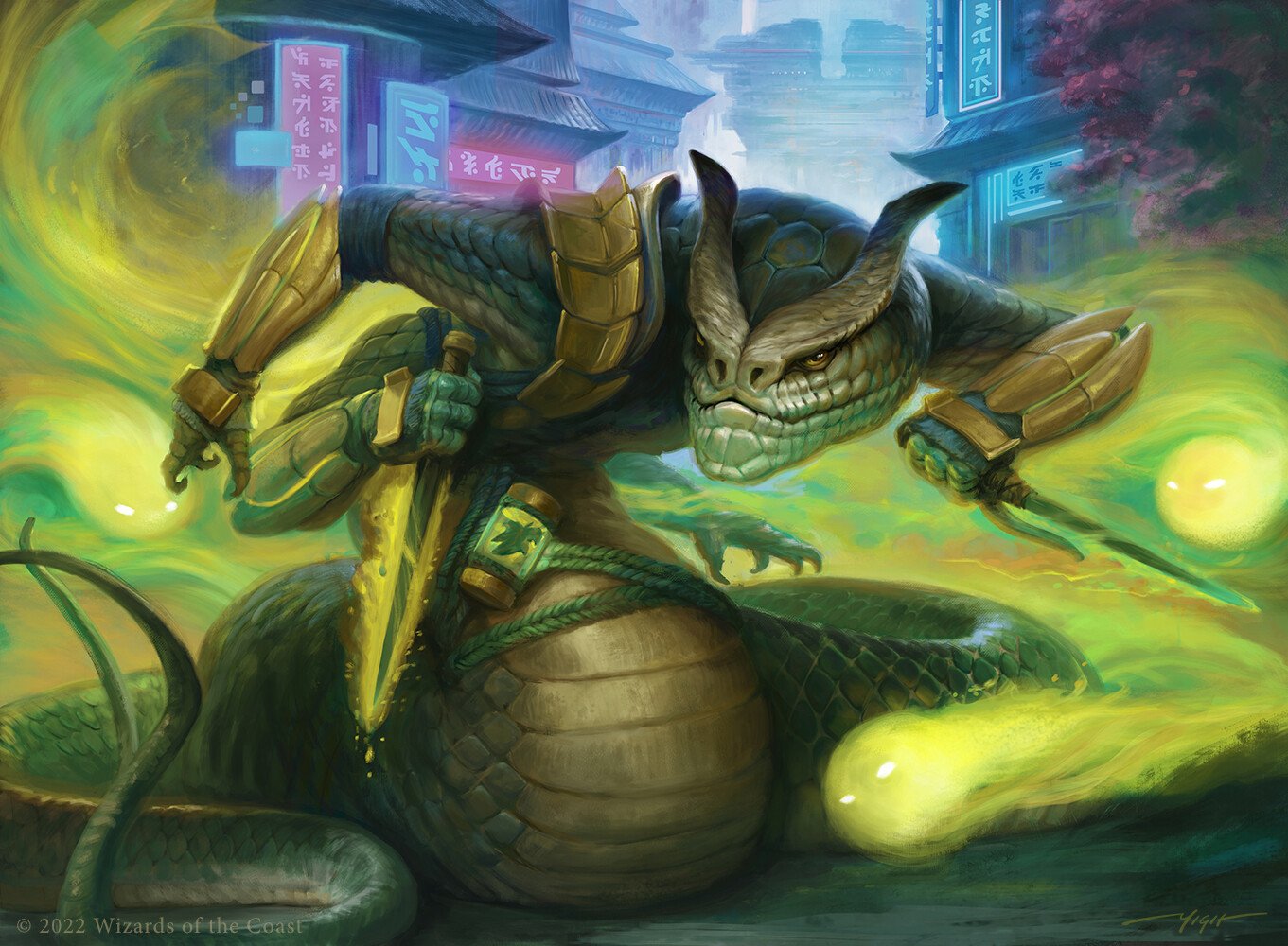 Wizards of the Coast has re-introduced a couple of mechanics to Magic: The Gathering with the game’s return to the plane of Kamigawa in the new set, Kamigawa: Neon Dynasty—and that includes an expansion of the keyword ability Channel.

Originally introduced in Saviors of Kamigawa in 2005, Channel was brought back and used in a larger capacity than it previously had.

The mechanic effectively allows players to pay a cost and discard the channeled card from their hand to achieve a desired effect. Typically, the resulting ability is an activated ability that would be present on the card if it were played traditionally.

But in NEO, WotC has added Channel abilities to some cards that don’t naturally have a comparable activated ability. This makes Channel comparable to the way that some cards have special Cycle abilities, except it doesn’t include the player drawing a card after discarding.

The act of discarding the Channeled card is a part of the cost of Channeling that card, and Channel abilities can be done at instant speed, just like activated abilities. Channel abilities that require a target can’t be activated without having an eligible target. In an instance where you don’t have a target, you can’t pay the Channel cost just to effectively discard that card.

There are 34 cards in total that have Channel. It’s most prevalent among mono-Green cards, however, it’s used on at least a couple of cards in each of the game’s five colors. Additionally, there’s a cycle of five legendary land cards in NEO that have Channel abilities.