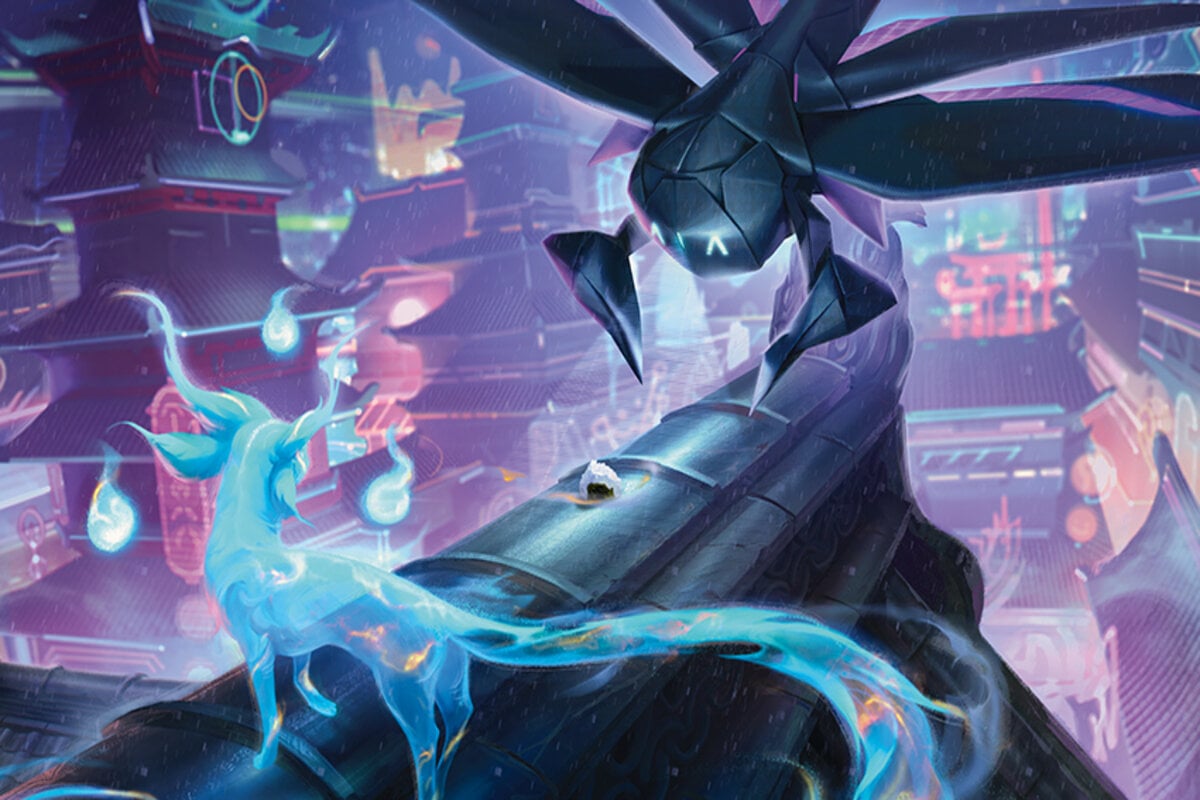 Kamigawa: Neon Dynasty is the first return to the Japan-inspired plane of Kamigawa since Saviors of Kamigawa in 2005.

The original Kamigawa block was known for its unique, memorable setting and hit-or-miss mechanics. Arcane and Bushido are common examples of mechanics that didn’t live up to expectations and have largely been forgotten. However, the cast of great Legendary Creatures and themes like Ninjas and Shrines keep the original Kamigawa sets in fans’ hearts.

Neon Dynasty is set thousands of years in the future where the plane has entered a technological revolution. The contrasting elements of cyberpunk technology and traditional aesthetics mark the central conflict between modernity and tradition.

Atsushi is a part of a cycle of legendary Dragon Spirit Creatures. The original Dragons from Kamigawa provided an effect when they died. This is a twist on that mechanic that offers a choice of two options when it dies. This is a strong Creature that gives you impulse card draw or largely pays for itself on death with Treasure tokens.

Hidetsugu points toward the dominant Red and Black theme being centered around impulse draw and sacrifice. The Scry ability is strong and helps smooth out draws. Notably, Hidetsugu can sacrifice itself for the ability. The second ability is a great way to gain card advantage and burn the opponent. This is a card that’s powerful on turn four and scales well late into the game.

Kamigawa spoilers season begins on Jan. 27 leading up to the set’s full release on Feb. 18.