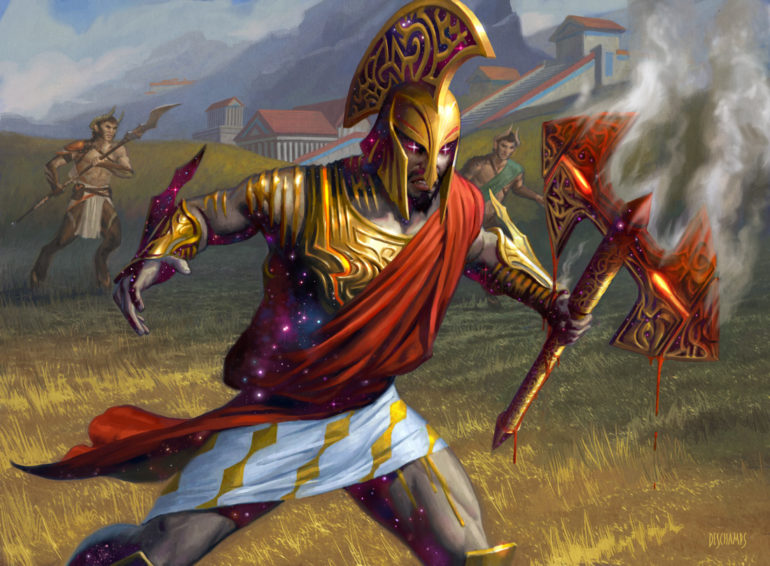 The highly-anticipated Theros: Beyond Death set has been released in MTG Arena and with it comes several scheduled events, ranging from Historic to Standard Constructed.

The Theros: Beyond Death (THB) block runs from Jan. 24 to April 23, containing three seasons. Each month should have a significant amount of events scheduled, with January having the most. The months of February and April look empty for now, but Wizards of the Coast typically waits to post those events closer to their scheduled dates.

With the release of the THB set, the last few weeks of January are packed with scheduled events in MTG Arena.

The Standard Metagame Challenge in MTG Arena is one of the first large-scale events scheduled. Its an ideal litmus test for the Standard meta, offering players a chance to win up to 30 THB booster packs and 5,000 in gold. Of all the events in January, the Metagame Challenge is worth the entry fee, running from Jan. 24 to 27.

Talrand, Sky Summoner is the single reward within Brawlers’ Guildhall, obtained via a first win. But Talrand is only playable in Brawl and Historic play, not Standard. The Sky Summoner can also be unlocked in MTG Arena with a Rare wildcard.

With the release of THB, Standard Treasure returns to MTGA from Feb. 9 to 12. Using treasure tokens for mana of any color, the event is a strategic race to see who can ramp the wisest. No rewards or entry have been posted yet by WotC for the Standard Treasure event, but there’s a ban list in addition to the existing Standard bans.

Scheduled MTG Arena events throughout the Theros: Beyond Death season will be updated in this article upon the release of those dates via Wizards of the Coast.