The new Throne of Eldraine set for Magic: The Gathering was designed around Camelot and fairy tale folklore themes, with Knights appearing in every color.

With the release of the Throne of Eldraine (ELD) set less than 10 days away, the prospect of constructing a Knight deck in Standard has excited the MTG community. Magic’s head designer Mark Rosewater and his team included Knights in each of the five colors (including multicolored), which are referred to as courts in the ELD set.

Despite there being five courts with the presence of Knights, only three contain a Knight tribal theme.

“Because of the five courts, every color got a number of Knights, but we ended up putting Knight tribal in just three colors (red, white, and black),” Rosewater said.

In addition to there being a Knight tribal theme in three of the five colors, there are also two Knight cycles. Each cycle favors a Court with either a monocolored theme or the use of Adamant, a mechanic found in the ELD set.

To assist Magic players in constructing a Knight tribal theme, we’ve sorted every Knight found in the Throne of Eldraine set according to their Court. In addition, we’ve also included monocolored Knights (Commander), along with creatures and spells that symbiotically work with Knights. 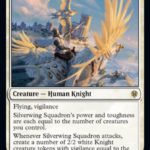 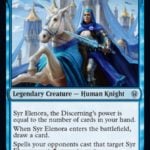 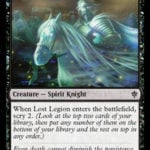 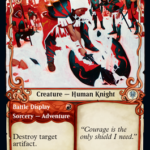 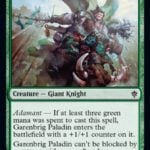 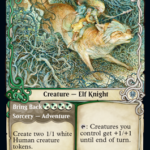 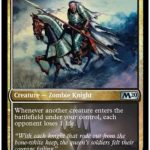 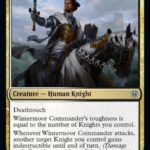 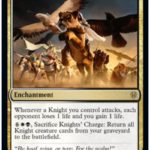 There are still a few dozen ELD spoilers that haven’t dropped, yet. The Knight gallery will be continually updated as they’re revealed. The Throne of Eldraine set releases on Oct. 4.