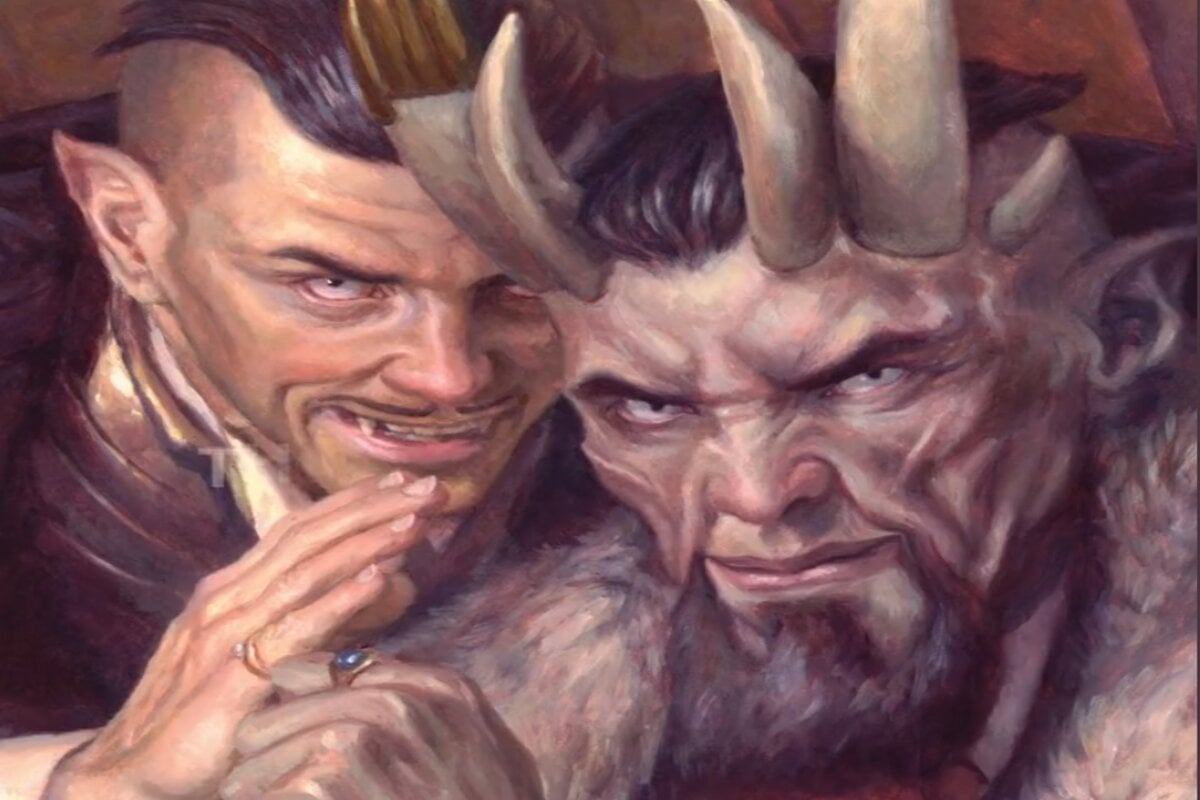 There are secrets in the Streets of New Capenna that appear in the new Magic: The Gathering set’s enchantment cards.

One of the set’s cycles includes a rare enchantment of every color that has Hideaway 5, giving players a chance to make some sneaky plays.

Hideaway 5 is a mechanic that makes it so when an enchantment enters the battlefield, the player casting it looks at the top five cards of their library and selects one to exile face down. The other cards are put at the bottom of that player’s library in any order.

The White Hideaway card is all about creating strength in numbers. By attacking with at least one creature, you get to further build your board state by adding a 1/1 creature token. And if you muster up 10 or more creatures, you trigger the hidden card.

Having 10 creatures is a tough requirement to reach in constructed formats, but it could end up being a valuable trigger if you find yourself in games of limited that end up with a stalled-out board state.

This five-mana Blue enchantment provides players ample card advantage by effectively allowing them to draw two cards each turn. The Hideaway trigger is one that you might have difficulty reaching, but the extra drawn card per turn alone will make this a massively valuable card in both Sealed and Draft.

For just three mana, Cemetery Tampering is solid graveyard fuel for dredge decks and others that want to use graveyard play or flashback spells. Expect to see this tested out in Unburial Rites decks in Historic.

The Hideaway trigger won’t likely end up being relevant in games of limited where players only have 40 total cards in their deck. In Historic, though, that trigger could end up being critical.

Though Widespread Thieving is a mono-Red card, it will only be usable in decks that want to play every color because of its Hideaway trigger. This card will be completely unusable in limited formats, and if it makes an appearance in constructed formats, it will be in a Historic five-color Niv-Mizzet Reborn deck. But the payoff for it may not be completely worth it.

This three-mana enchantment will be a solid way to beef up your stompy decks that look to load up creatures with +1/+1 counters. The Hideaway trigger might be difficult to reach, but adding power to a creature of your choice every turn will have utility in many limited decks and some creature-centric constructed ones as well.