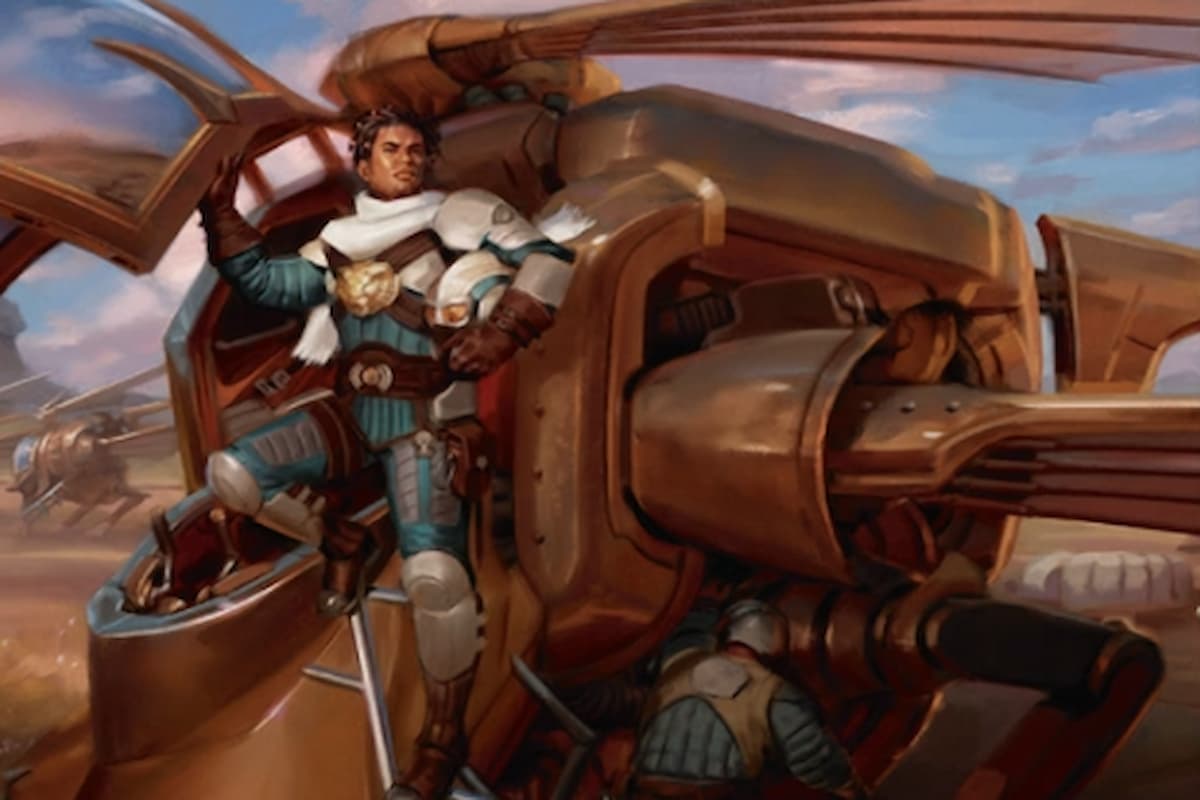 Soldier tribal gets a buff in Standard with The Brothers’ War, led by Harbin, Vanguard Aviator, and Urza.

Scheduled to release on Nov. 15 digitally, The Brothers’ War (BRO) features giant mech artifacts, artificers, and soldiers on the line. The Standard format featured an Azorius Soldiers tribal deck following the release of Dominaria United. And with the launch of BRO, the build will get even better through legendaries like Harbin, Vanguard Aviator.

Also featured within the BRO set is Urza, Prince of Kroog, a legendary artificer (2WU) who provides an anthem of +2/+2 for Artifact creatures and creates a token copy of target Artifacts, turning them into a soldier creature in addition to its other creature types.

Other soldiers have dropped from BRO spoilers as well but don’t slot into the existing Azorius Soldiers deck. The problem with the existing tribal soldier build is that it didn’t have a strong tribal payoff. Harbin, Vanguard Aviator provides that in the two-drop slot, likely replacing a couple of copies of either Guardian of New Benalia or a copy of Dennick, Pious Apprentice.

Players can test out Azorius Soldiers and Harbin, Vanguard Aviator at BRO prerelease events that start on Nov. 11. A global release of The Brothers’ War is slated to drop on Nov. 18.