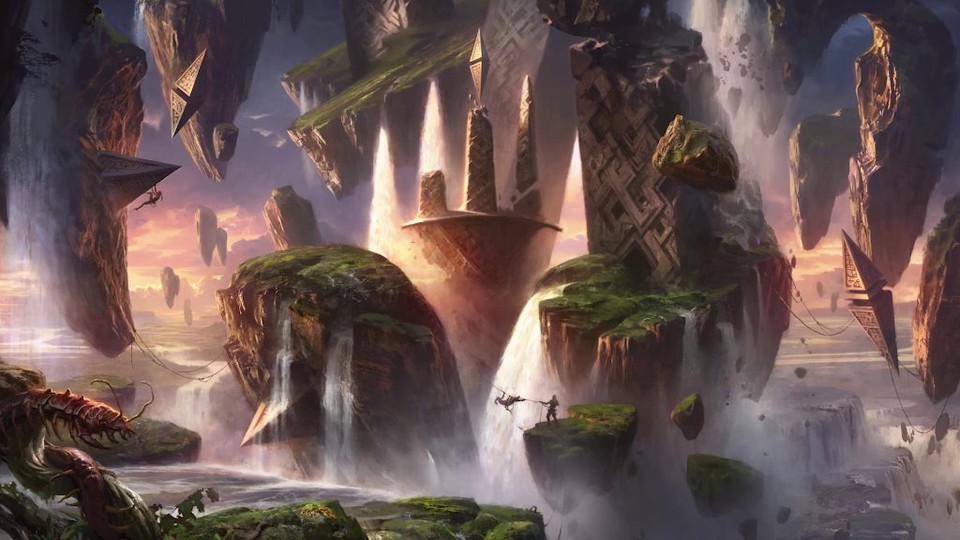 Week one of Zendikar Rising spoilers comes to an end with a collection of powerful mythic rares, two of which empower Gruul Aggro strategies.

For six mana this is an incredibly powerful effect. This seems like it will fit in with a Terror of the Peaks focused Gruul deck. If you are able to untap with this creature and trigger its landfall ability that is probably enough to beat your opponents. Also, Historic Minotaurs gets a new piece.

Sea Gate Restoration should see play in some control decks. It fills a similar slot to Finale of Revelation from War of the Spark. It can come in as a land if you need to hit your drops. Later in the game, it doubles your hand size and lets you keep them all. If it sees play, then it’ll appear alongside Thassa’s Oracle in control decks who win through self-mill combos. 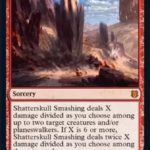 Another piece for midrange Gruul strategies. Aside from the versatility provided to all of the modal double-faced lands, this seems to be the most reasonably costed for its intended deck. While Gruul decks won’t be running three or four copies of this card, even two or one copies should be enough to pull its weight. If X is six or more, that’s a minimum of 12 damage to throw around on your opponent’s blockers. Casting Shatterskull Smashing should get you a game-winning alpha strike.