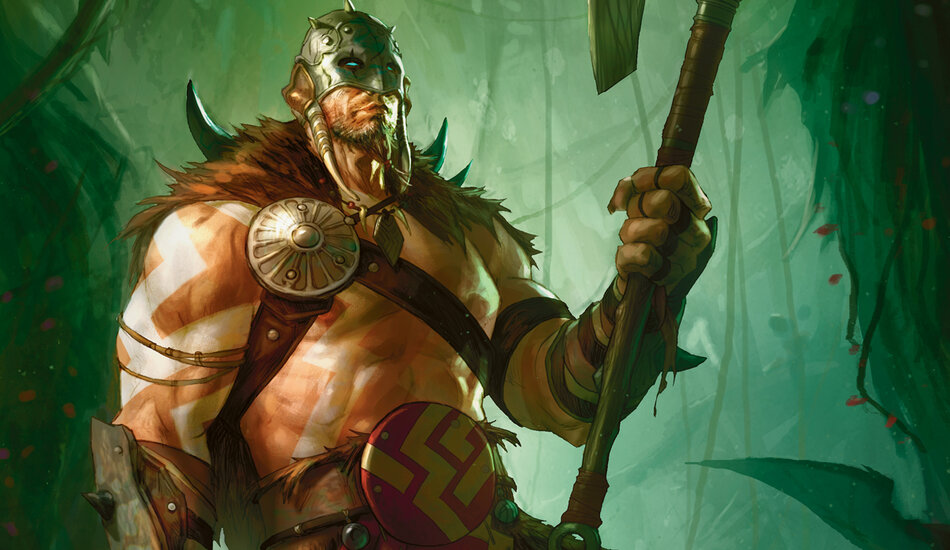 The fairy tale spoilers from Throne of Eldraine continue to roll in with Garruk, Cursed Huntsman.

Throne of Eldraine (ELD) brings back a fan-favorite planeswalker that everyone in the MTG community has been asking for. Garruk, Cursed Huntsman could have a huge impact on Standard following the fall rotation.

Due to not having a plus-one loyalty counter, the Proliferate mechanic from War of the Spark will play a major role in using Garruk’s other two loyalty abilities. A minus-three that can take out a target creature while benefiting from card draw is an ability that players will want to use more than once.

And to access Garruk, Cursed Huntsman’s ultimate, adding a loyalty counter is a necessity since he comes into play with only five. It’s a decent ultimate, though, allowing a player to give all their creatures plus three/plus three and trample. Now that’s a win-con ultimate worth getting.

Throne of Eldraine releases on Oct. 4 with a pre-release event taking place from Sept. 27 to 29. Players on MTG Arena and MTGO will have access to the set on Sept. 27.