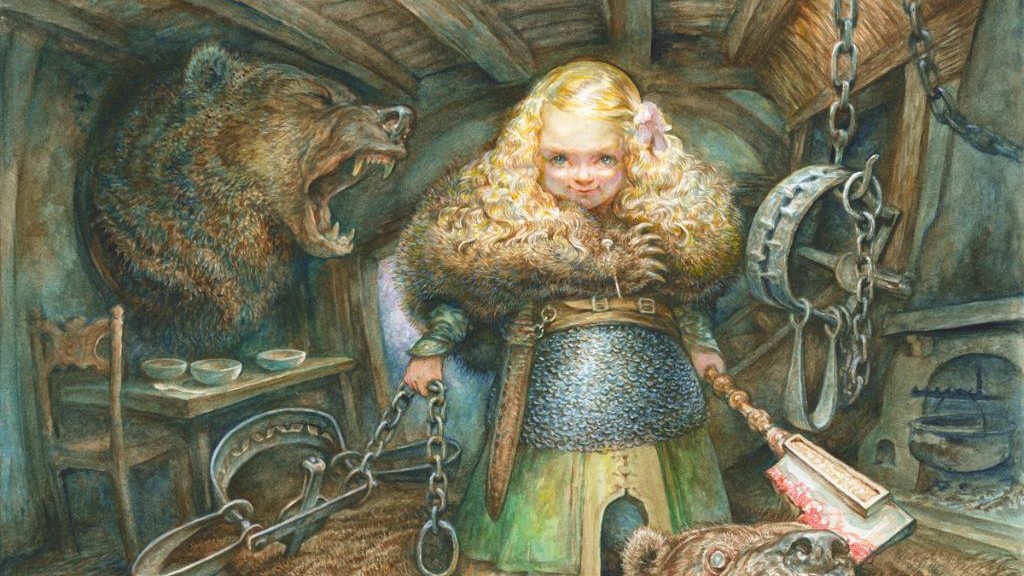 It’s official—Magic‘s newest set, Throne of Eldraine (ELD), is in spoiler season and that means new mechanics as well. The second spoiler of the day saw the unveiling of a new “adventure” mechanic, leading to speculation across social media. Check out Flaxen Intruder.

Flaxen Intruder, a clear play on the classic tale of Goldilocks, is a simple one-drop that attacks early. Get in a hit, and there’s the upside of sacrificing the little girl to destroy something important on your opponent’s side of the table.

The lower-left quadrant of the card, however, has Magic fans scratching their heads. Unique card frames have been common across the game’s history, but this new design is still a shock to see. Wizards of the Coast has yet to say how exactly this “second” card built into the frame can be used.

Fans are speculating that it may be a sort of “flashback” mechanic (where players can cast it once the card is in the graveyard) or as a kicker (i.e. in addition to the primary card).

That said, the most interesting theory takes a note from game designer Mark Rosewater’s comments over the last year. Noting that Rosewater mentioned using permanents on the battlefield “as spells,” the theory speculates that you’ll be able to cast the “adventure” part of the card only after the creature is already on the battlefield. To make things fair, fans are guessing you’ll either need to discard a card to do this, or perhaps discard a copy of the creature itself.

Most likely, we’ll find out more tomorrow at Wizards’ ELD spoiler show. Until then, adventure on!