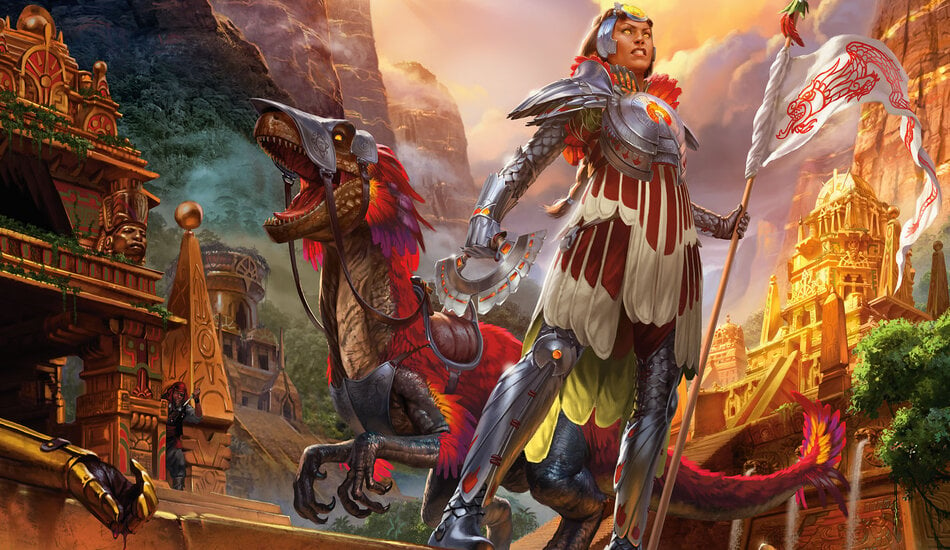 The summer Magic: The Gathering Chronicles events continue this weekend on MTGA with Dominaria Standard Shakeup.

Similar to the Brewer’s Days event during closed beta, Standard Shakeup bans top cards in the Standard metagame in an effort to encourage wild homebrews. For players who dream of a metagame where no Teferi’s exist, Standard Shakeup is the event of a lifetime.

Plane-Cation Standard Shakeup will run from Aug. 18 to 20. There’s no record of losses in this event and the first win awards players with 1,000 XP. The rest of the rewards are cosmetic basic land cards.

Despite the banned cards, several archetypes stand to perform better than others. No Jund cards were banned (Jund Dinosaurs) and Grixis Control, along with Aristocrats, should be in a good position to dominate.

White Weenies were hit with the Benalish Marshal ban, but White Aggro still has Adanto Vanguard—as does Orzhov Vampires, who only lost Sorin, Imperious Bloodlord. And let’s not forget about Merfolk, who are in prime position for a revival.

Dominaria Standard Shakeup is the second-to-last free tournament of the MTG Arena summer Chronicles, with Landfall being the last. The Plane-Cation event ends on Aug. 27.