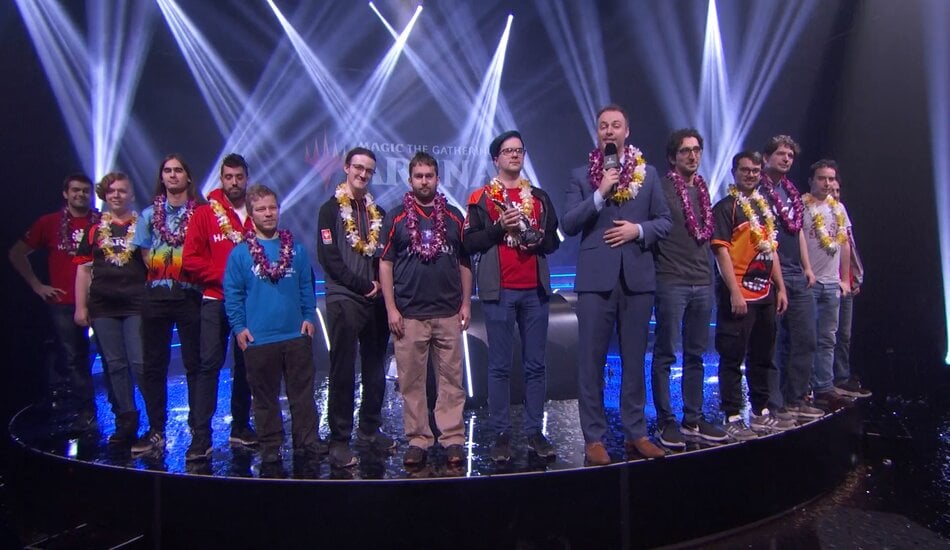 With a total prize pool of $1 million, 16 of the best Magic: The Gathering players from the 2019 season will compete at the World Championship this month, rewriting history with matches being played on MTG Arena.

Sixteen of the best Magic players from the 2019 season are competing this year at Worlds. Those who obtained seats at this prestigious tournament earned them by winning a 2019 Mythic Championship, ranking in the top four with Mythic Points at the end of the 2019 season as either an MPL member or as a Challenger, or by being the defending world champion.

Is there streaming coverage?

Coverage of the 2019 Magic World Championship begins on Feb. 14 at 1pm CT. The tournament lasts for three days and is livestreamed on the Magic Twitch channel, with coverage beginning at 1pm CT each day.

Eight casters, ranging from top streamers like Sean “Day9” Plott and Brian Kibler to MTG experts such as Paul Cheon and Cedric Phillips, will be covering the Magic World Championship via Twitch.

Are there open decklists?

How much money can players earn?

There’s a total prize pool of $1 million at stake, with each player taking home a minimum of $12,500.

What are the formats at Magic Worlds?

The formats for the 2019 Magic World Championship are Theros: Beyond Death Booster Draft and Standard Constructed. Day one will showcase both formats, but days two and three will only be played in Standard.

Here’s a full breakdown of each day and how players progress through rounds at Magic Worlds.