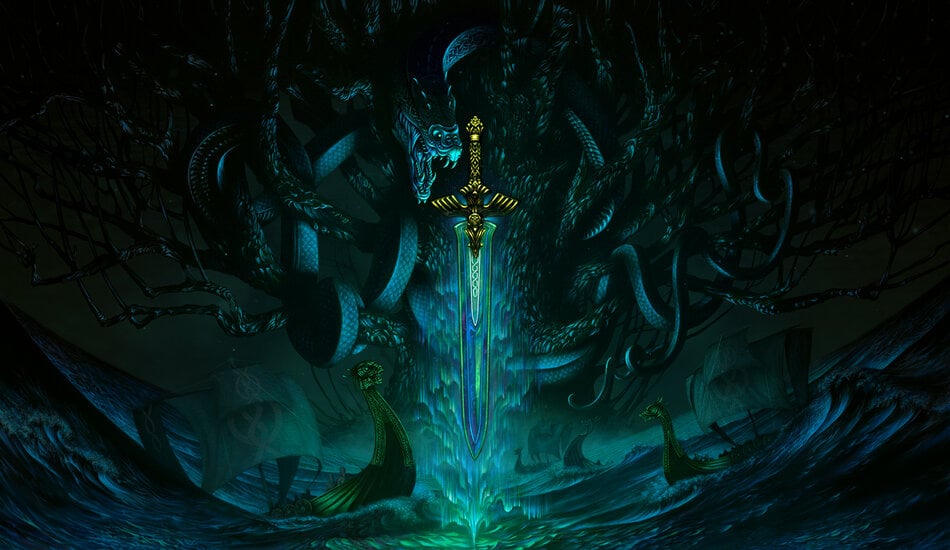 The February Magic: The Gathering Arena Open will feature competitive gameplay in the Limited Sealed format, rewarding players with gems and a possible invite to the March Strixhaven Qualifier weekend.

Scheduled to take place from Feb. 20 to 21, the Arena Open will feature best-of-one and best-of-three gameplay in the Limited Sealed format for the first time in the history of MTG Arena. Competitive players are used to playing tabletop Magic tournaments that include the Limited Draft format. To “ensure competitive integrity,” Wizards of the Coast has decided to use the Sealed format for the Arena Open until Draft is tournament ready.

Sealed is a Limited format in Magic in which players are given six booster packs (Kaldheim). Decks must include a minimum of 40 cards from those booster packs, including basic lands. Since the Arena Open features KHM Sealed, playing Snow is an option. But players can only use Snow Lands received from the booster packs. Cards opened from KHM booster packs are added to that player’s library in MTG Arena.

The Arena Open begins on Feb. 20 at 8am CT, with sign-ups ending at 5am CT on Feb. 21. Any player can compete in the Arena Open via an entry fee of either 22,500 gold or 4,500 gems. Players can also choose to compete in either best-of-one or best-of-three Limited Sealed format during the first day of competitive play.

Here are the rewards for day one best-of-one KHM Sealed:

Here are the rewards for day one best-of-three KHM Sealed:

Competitors who earn five to seven wins will earn an invite to the upcoming MTG Arena Strixhaven qualifier weekend. Players will compete in only best-of-three and will receive six new booster packs to create a new Limited Sealed KHM deck with.

Here are the rewards for day two bo3 KHM Sealed:

Other rewards from the Arena Open event include a Vornicle, Monstrous Raider card style upon entry and gems depending on the number of wins you get on each day of the competition. Players must sign up between 8am CT on Feb. 20 and 5am CT on Feb. 21 to compete. Day two sign-up goes from 8am CT to 10am CT on Feb. 21.