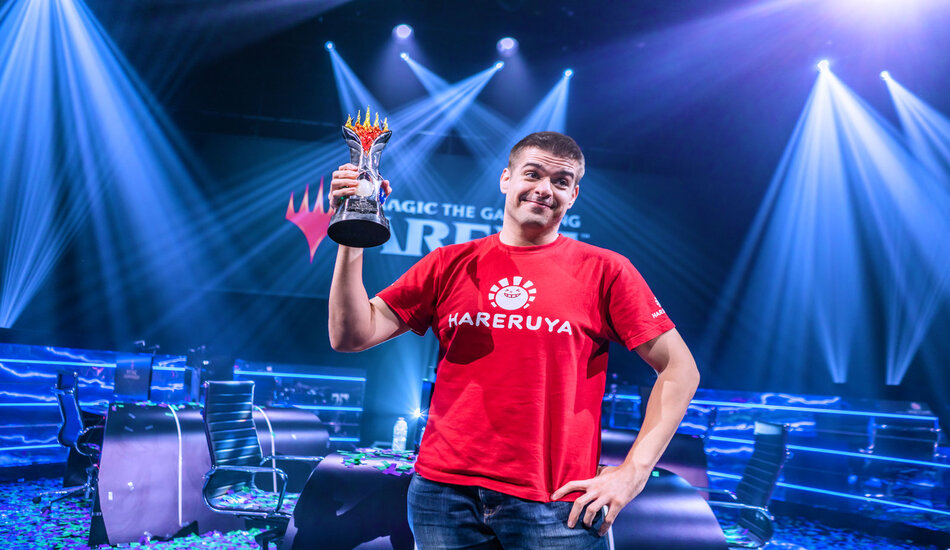 Celebrating top-performing Magic: The Gathering players and their teams from the 2019 season, the Mythic Championship Team Final is scheduled for Jan. 12.

During the 2019 season, the top-two ranked teams were Ultimate Guard Pro Team and Hareruya Sword. KMC-Genesis, Legion, and the former Team CFB rounded out the top five.

Several players who are competing at the 2019 Mythic Championship Team Final have shifted over to Team CFB for the 2020 season: Reid Duke, William Jensen, and Andrea Mengucci.

A total $150,000 prize pool is on the line, with the winning team earning $100,000. And the format is unique, featuring a three versus three Team Draft with Theros: Beyond Death.

Players will only have two days to prepare since the Theros: Beyond Death (THB) set doesn’t officially release until Jan. 24.