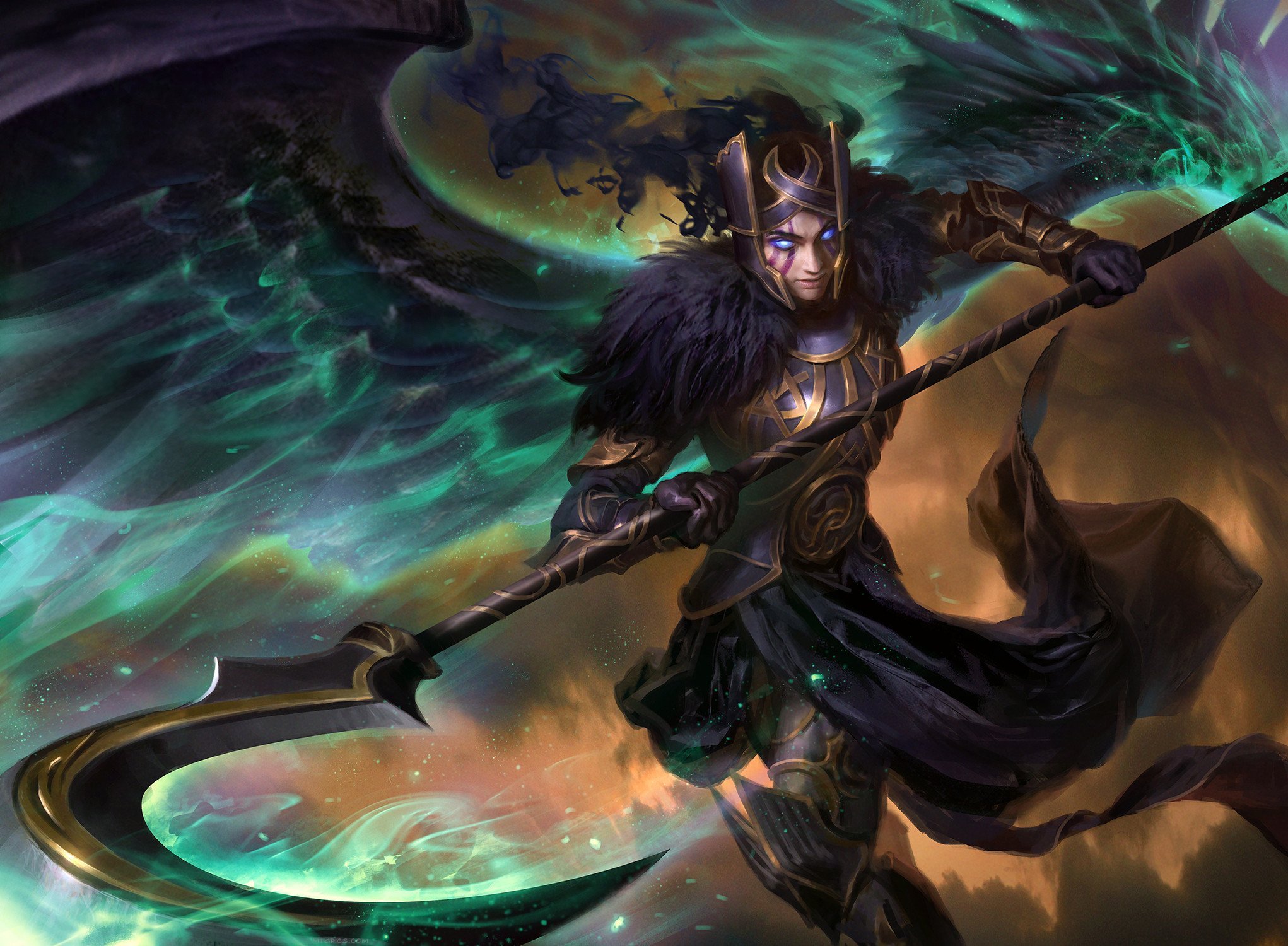 Magic: The Gathering’s upcoming set Kaldheim is one of the wordiest sets in the history of the game. Kaldheim has 14,520 words of rules text, according to Scryfall, a website with deckbuilding tools and a powerful card search engine.

Kaldheim is scheduled for digital release on Jan. 28 with a full tabletop release on Feb. 5. Magic’s new set is Viking themed and many of the new mechanics are flavorful additions and returns. To help you get a handle on the complexity of the new set before you dive into Limited or Standard, here is a guide to all of the key mechanics in Kaldheim. 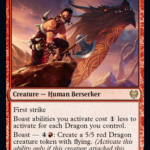 Vikings are known as proficient warriors. Boast is a new mechanic that looks to incentivize attacking and rewards the player for doing so. Boast abilities can be activated once a turn after the creature with Boast is declared an attacker. It can be activated at any time after the declare attackers step.

Boast creatures want to attack and generally have aggressive stats. They are prime targets for combat tricks that help them survive combat so you can take advantage of their Boast abilities across multiple turns.

Boast is most prevalent in red and black. There is some support in green and white, with blue having no cards that have Boast. Look to attack early and often with Boast creatures. Use the threat of activation to force your opponent into bad blocks and tough decisions. Combine Boast with combat tricks and win the game in the combat step. 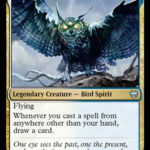 Foretell is a mechanic that could take over Standard or not see any play. Some of the best mechanics in Magic allow for multiple lines of play and Foretell does that. You can pay two generic mana any time during your turn to exile a card with Foretell face down. On a future turn, you can cast the exiled card for its Foretell cost. These cards follow their usual timing restrictions. Sorceries or non-flash creatures can only be cast onto an empty stack. Instants and flash spells can be cast at any time like usual.

Foretell spells come with additional effects or a mana discount when cast from exile. This changes the flow of Magic games. If Foretell sees play, most turn-twos will involve putting a card into exile and passing. After that, the key is to find the balance between putting a card in exile or just casting it. Taking a turn off to Foretell a couple of spells could provide your opponent with the tempo advantage. Even if you lose control of the game temporarily, Foretell decks will generally be U/B with plenty of removal to clear your opponent’s best creatures. 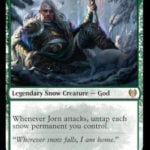 Kaldheim brings back MDFCs that debuted in Zendikar Rising. Kaldheim completes the two-color pathway land cycle and introduces MDFC God cards. These cards can enter the battlefield on either side. The new MDFCs have the same utility that the Zendikar Rising cycle had. These cards provide players with more options to react to a given battlefield. There is added power to the MDFCs and that’s helping you run four-ofs without fear of drawing duplicates.

If you run four Reidane, God of the Worthy/Valkmira, Protector’s Shield it’s possible to have both sides on the battlefield. If you already have a Reidane on the battlefield and draw an extra copy, simply cast Valkmira. This helps you run legendary creatures without having to worry about holding a dead card in hand. 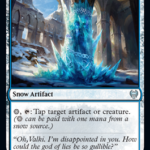 Snow is a returning mechanic in Kaldheim that is found on permanents and spells throughout the set. Snow cards don’t necessarily do anything on their own, but can take advantage of Snow mana or controlling multiple Snow permanents. To support Snow in Kaldheim, Wizards printed a cycle of common Snow dual lands that enter the battlefield tapped and Snow-covered basic lands. These will be your primary source of Snow permanents.

There is a chance decks will begin to run exclusively Snow basic lands because there aren’t that many downsides to running them. White decks should look to play Reidane, God of the Worthy/Valkmira, Protector’s Shield to punish greedy Snow players. 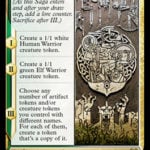 Sagas is another mechanic that’s returning to Kaldheim. The enchantments that debuted in Dominaria has three chapters. When a saga enters the battlefield it enters with a lore counter, which triggers the first chapter. At the beginning of your first main phase, you add a lore counter which triggers the next chapter. When the last chapter resolves you sacrifice the saga.

These enchantments have found a home in each Standard environment since Dominaria. Getting three turns of value out of one enchantment is great, plus it generally will synergize with the rest of your deck’s plan. Sagas like History of Benalia was a finisher in Mono-White Aggro while Elspeth’s Nightmare from Throne of Eldraine is a solid control piece. Kaldheim’s cycle of two-color sagas is focused on boosting a specific archetype. Each major archetype, from Foretell to angel tribal, has a saga that is relevant.