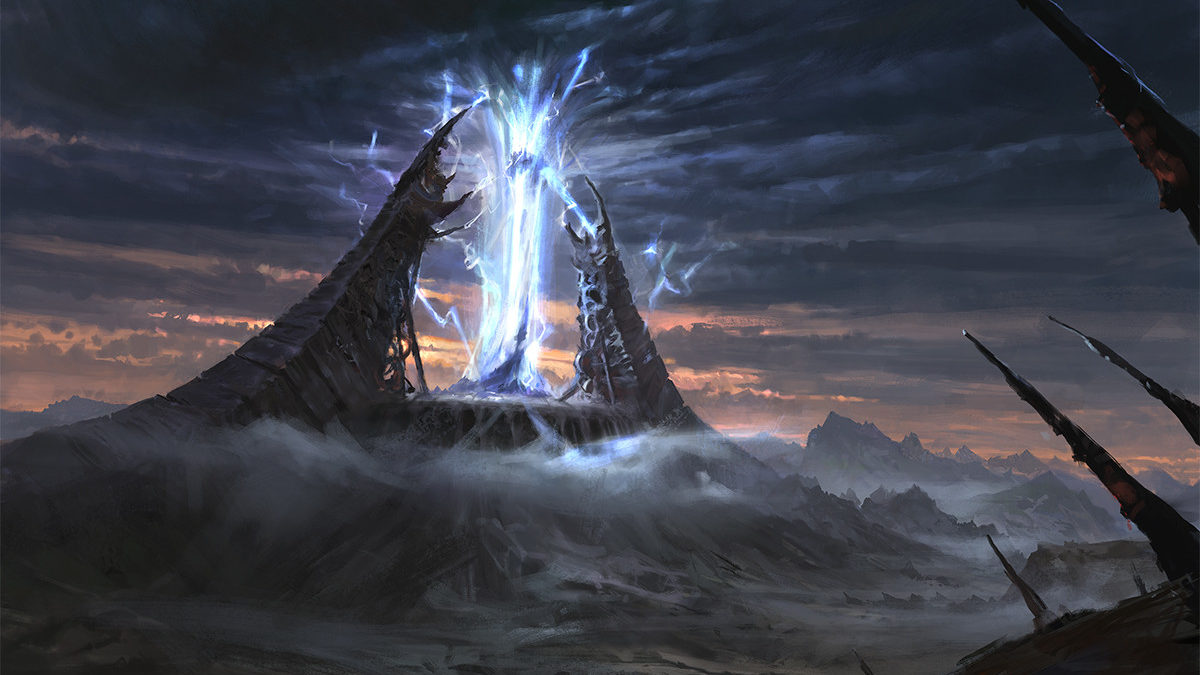 If you’re looking to have a little fun this Standard season before rotation, look no farther than Chromatic Black.

This unique deck is another masterpiece from Magic: The Gathering pro player and brewer Ali Eintrazi and it’s received a few upgrades in the Core Set 2020 (M20) expansion. Let’s get dreadful.

The deck’s namesake lies in its lands: 22 Swamps and four Cabal Strongholds. Together, these lands can produce an astounding amount of mana, growing exponentially as the game goes on.

Now, this mana would usually all be black, except this deck has another trick up its sleeve. Four copies of Chromatic Lantern open up all other colors of mana, allowing you to find an expensive win condition and slam it onto the table.

It takes a few turns to bring these powerful lands online, however, so the early game is where Chromatic Black turns to its powerful removal.

The early game and main deck

Stock up on cheap removal options like Disfigure, The Elderspell, Cry of the Carnarium, and Ritual of Soot. Back them up with flexible removal like Vraska’s Contempt.

You’ll also want card advantage, which is available to black early if you go for artifacts like Treasure Map. Balancing investment into Treasure Map and casting removal is one of the key skills needed to run this deck. A single copy of The Immortal Sun can also be a huge player, especially against opponents’ planeswalkers, along with the built-in card draw.

Dread Presence is a recent addition to this deck, but it’s elevated it significantly. With over 20 Swamps in your deck, there’s no shortage of activations. And don’t forget that it’s not legendary, so pile up on these Nightmares. Multiple copies can quickly overwhelm even the strongest meta decks if you can pull it off.

Finally, Mastermind’s Acquisition is your go-to card to transition into the later stages of the game. Use it to complete your mana combo or grab a win-con.

With Mastermind’s, your sideboard is open even in the first game of a match (or anytime in a best-of-one). If you can survive until the mid-game, you’ll have a lot of powerful options and win conditions.

Banefire, for example, is the penultimate burn spell to close out the game. Simply generate enough mana for lethal and let loose the flames.

Josu Vess, Lich Knight, on the other hand, can bring along a veritable army of zombies if you can pay his kicker cost. Finally, look to Zacama, Primal Calamity for a more controlling finish.

Black also has powerful recursion and unique effects that cost your own life. In Chromatic Black, those are Command the Dreadhorde, which allows you to bring an army of creatures and planeswalkers back from the dead, and Bolas’s Citadel, giving you the ability to cast cards off the top of your library. Both are great for getting ahead and overpowering other decks.

To round out the sideboard, there are more flexible removal options that you can grab with Mastermind’s like Ixalan’s Binding and Unmmored Ego.