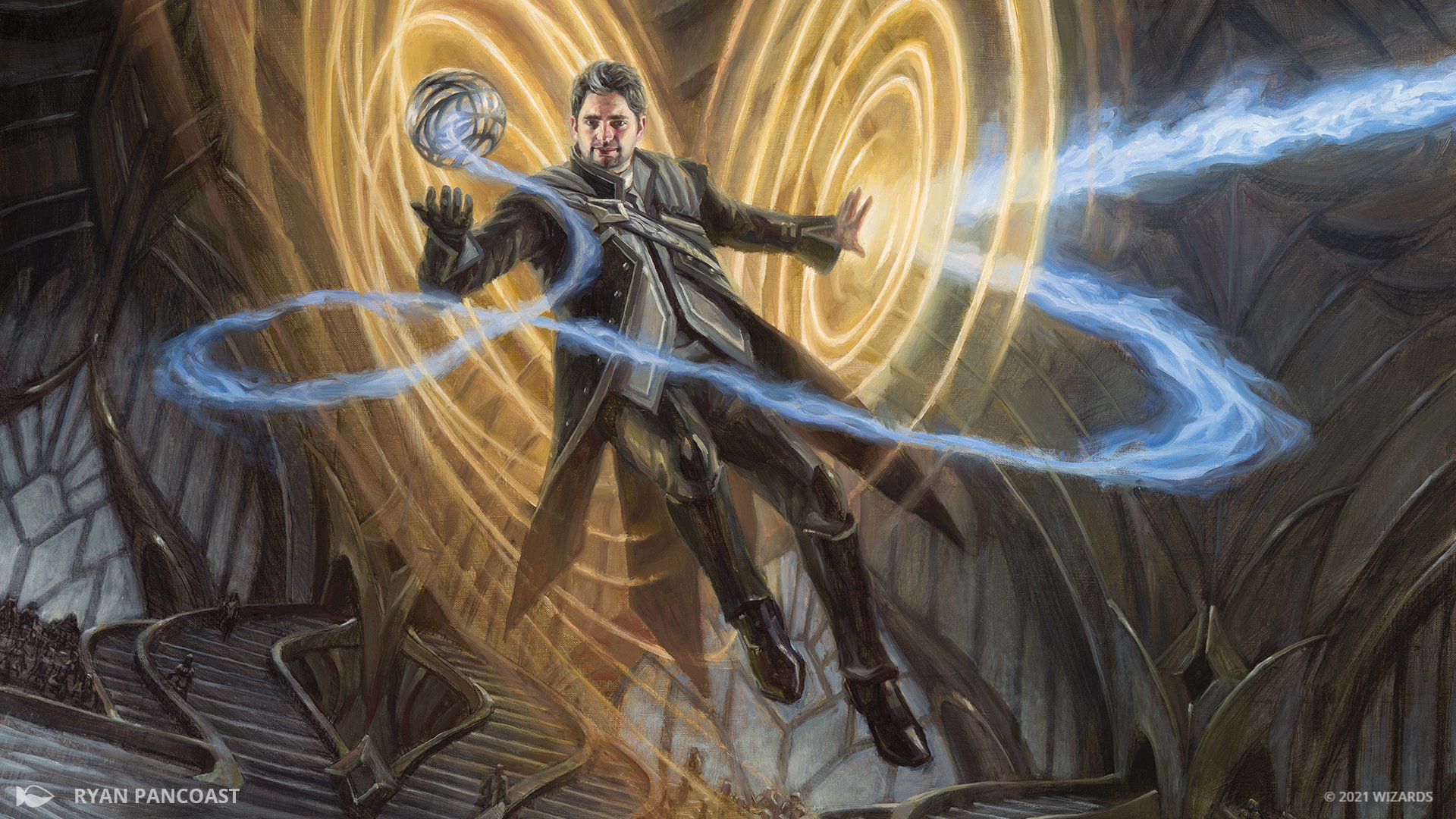 Reigning World Champion Paulo Vitor Damo da Rosa will be immortalized in Strixhaven: School of Mages with his likeness on the art of Elite Spellbinder, Wizards of the Coast revealed before today’s Kaldheim Championship finals.

Damo da Rosa joined the broadcast for the card reveal. Elite Spellbinder brings a unique effect to White and already has brewers looking at Modern applications for the Human Cleric.

Elite Spellbinder has two relevant card types, Human and Cleric, which will earn this card a look from Standard and Modern players.

In Standard, Human and Cleric can contribute to Party, which hasn’t been effective in Standard yet. There is an established Humans tribal deck in Modern that will experiment with Elite Spellbinder.

White doesn’t typically receive hand-disruption effects. Elite Spellbinder gives you information on what’s in your opponent’s hand and taxes a key card. A two-mana tax is enough to disrupt the opponent’s gameplan.

Looking forward to Strixhaven Limited, a 3/1 Flying threat is worth playing. The tax effect will be relevant in Limited where games are slower and players can’t ramp so fast that the tax doesn’t matter.

According to Damo da Rosa in his broadcast interview, he was approached immediately after his World Championship XXVI victory in 2020 about this card. Damo da Rosa said he wanted a card that was playable and not tied to a single set by a mechanic.

“I wanted my card to be good. I didn’t want it to be too narrow…I still don’t know exactly how powerful it is, but I do think it is wide in application just like I wanted to be,” Damo da Rosa said on the Kaldheim Championship broadcast.

Magic Esports desk analyst Riley Knight said he hopes the card ends up being powerful while interviewing Damo da Rosa on the broadcast.

“It actually seems really really good,” Knight said. “This is a relatively unique effect. This is a great new disruptive avenue.”

Damo da Rosa joins Javier Dominguez on Fervent Champion as the only two Magic pros with their likeness on a Standard-legal card.