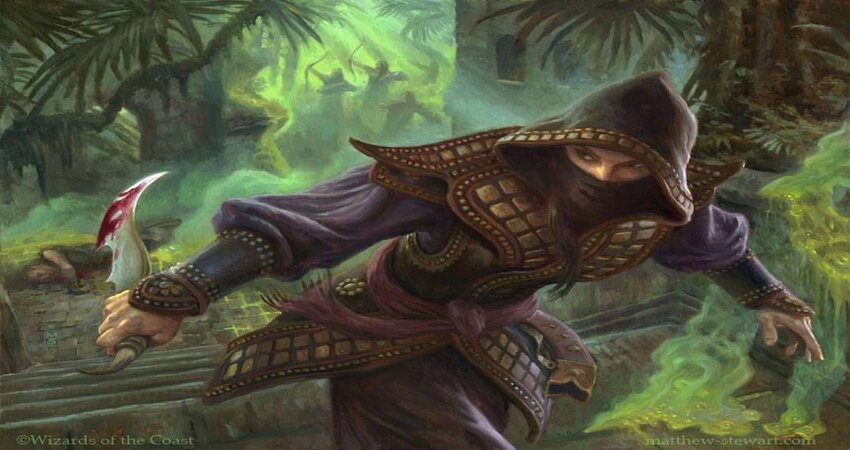 Robin Hood goes Red in Magic: The Gathering with Robber of the Rich in the Throne of Eldraine set.

Robber of the Rich is breaking the rules in MTG as the Throne of Eldraine (ELD) spoilers continue to roll in prior to the Oct. 4 release date. As a Mythic Rare two-drop, this Robin Hood copycat has reach, haste, and even steals opponents’ cards off the top of their library.

There are a few stipulations with Robber of the Rich, but they shouldn’t diminish its value within a multitude of decks across various MTG formats (Commander). There’s also a ton of text, so let’s break it down.

Robber of the Rich is a 2/2 two drop with haste and reach. For a two mana human rogue, these stats are solid. Haste allows for quick damage and it triggers its attack ability.

Go for the steal

Robin Hood steals from the rich and so does Robber of the Rich. If an opponent is rich with cards in hand, Robber exiles the top card from their library when it attacks. Once a card is exiled from the top of an opponent’s library due to the attack, another ability triggers. 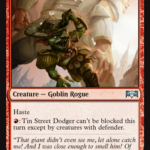 During any turn a player attacks with a rogue (not just Robber of the Rich), they may cast the exiled card as if it were mana of any color.

If playing Mono-Red, you can drop Tin Street Dodger on turn one (attack for one damage). On turn two, play Robber of the Rich. If your opponent doesn’t have any blockers, you can go in for the attack and steal.

Your opponent would take three damage and lose the top card of their library because they have more cards in hand than you do. Turn three can be a repeat of turn two, a cast of their stolen card, or continued curve play on your part.

Robber of the Rich is an ideal fit for Grixis Commander steal decks and should work within Standard, too. There’s even a possibility of a rogue tribal theme being built around Robber of the Rich.

Throne of Eldraine is set to release on Oct. 4 with early access to the ELD set via MTG Arena on Sept. 26.