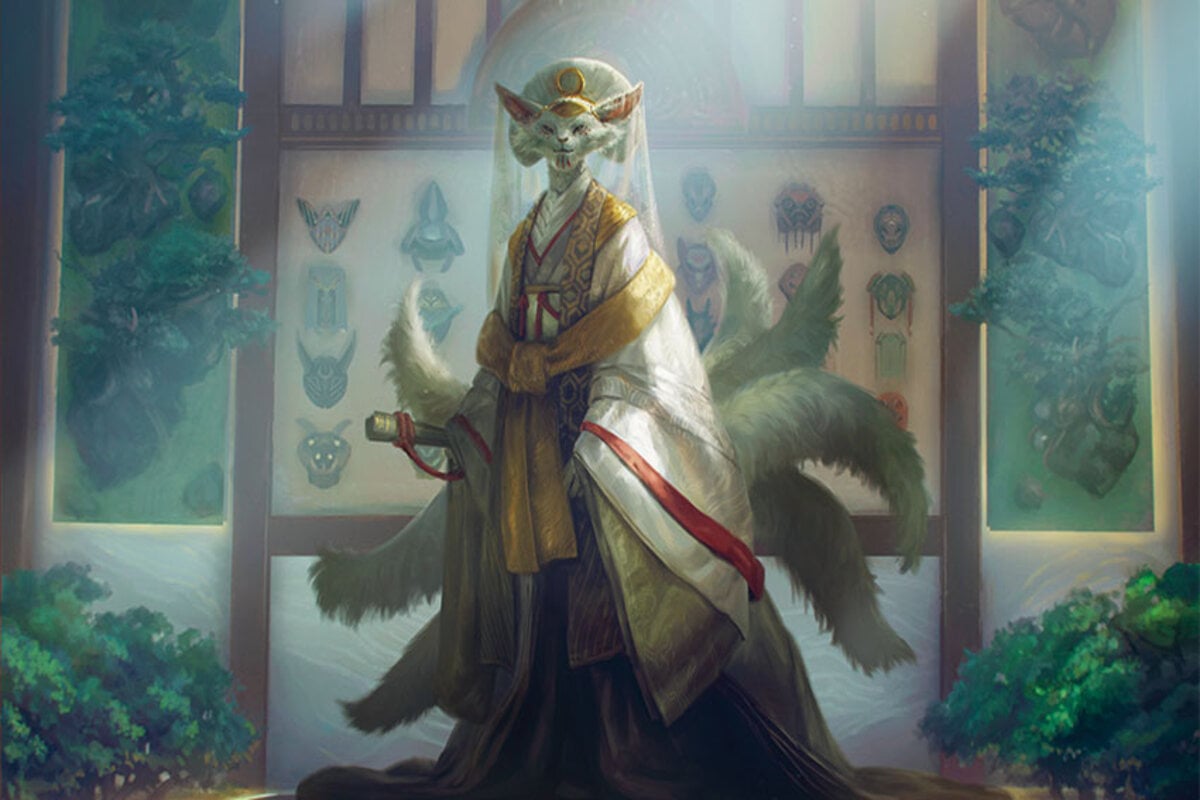 The past and present come together with Magic: The Gathering Double-Faced sagas in the upcoming Kamigawa: Neon Dynasty set, showcasing a saga on the front that flips into a creature.

Sagas were first introduced to MTG via Dominaria, telling a story of events that have previously taken place on a Magic plane via abilities and effects. The story is told through chapters with a lore counter getting placed on the active chapter ability. Within Kamigawa: Neon Dynasty (NEO), sagas have evolved into Dual-Faced cards (DFC) with three-chapter abilities on the front side and a creature on the backside.

Kamigawa is a plane in Magic that showcases Japanese culture via spirits called kami, ninjas, and samurai warriors. It’s packed with history, highlighted within the NEO set via sagas like The Shattered States Era. Unlike previous Magic saga Enchantments, The Shattered States Era is a DFC saga with the third chapter exiling it, then returning it to the battlefield flipped as an Enchantment creature.

Not all DFC sagas in NEO will have creatures with the keyword Haste, preventing a player from attacking with the transformed saga until their next turn. The Shattered States Era saga likely isn’t Standard Constructed playable, but it does have potential within the Limited format.

Players can check out every new DFC saga within NEO when the set is digitally released on Feb. 10 and globally on Feb. 18.