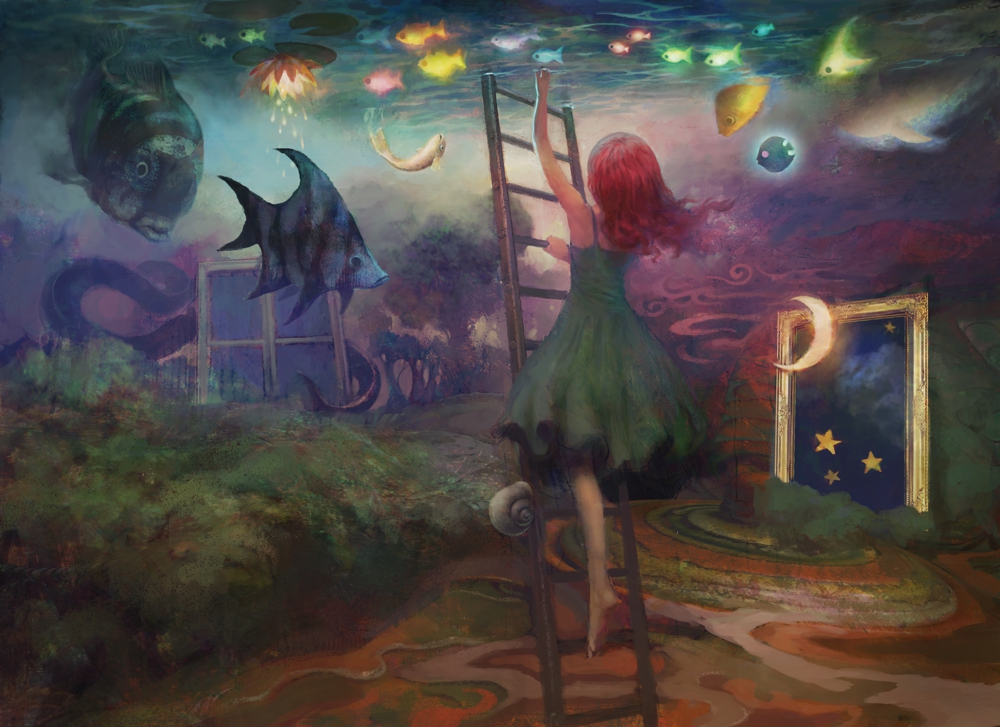 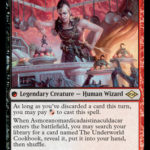 Suspend, Storm, and Vanishing are a handful of the older Magic mechanics that are returning in the upcoming set. Wizards also uses Modern Horizons to make references on older cards and add Easter eggs for longtime fans.

Today’s spoilers for Modern Horizons 2 showcase each aspect of what makes the series known as an experimental set full of questions with the inclusion of a hard-to-pronounce creature and a couple of Suspend cards.

Break down the name into smaller chunks to figure out how to pronounce this card. Asmora – nomardica – daistina – culdacar. Asmoranomardicadaistinaculdacar was referenced in the flavor text of Granite Gargoyle and Lava Axe. This throwback reference is similar to Yawgmoth, Thran Physician and Urza, Lord High Artificer, making appearances in Modern Horizons.

This is an interesting card with a name so long it doesn’t have a traditional mana value. This card can be cast for one B/R hybrid if you’ve discarded a card. This plays well with the madness theme that’s being supported in Modern Horizons 2.

Asmoranomardicadaistinaculdacar also pushes the sacrifice archetype that focuses on Food tokens. This card helps find The Underworld Cookbook, which is a discard outlet that generates Food. Look for this card to see play in Modern as decks experiment with sacrifice archetypes beyond the traditional Jund Sacrifice lists.

Gaea’s Will is the Green card in the Suspend cycle. This is a cheap turn-one play that can set up strong graveyard plays later in the game. Storm is a Green mechanic in Modern Horizons 2 and Gaea’s Will can help generate massive storm counts.

This shouldn’t be as easy to break as Underworld Breach, but getting the chance to play cards from your graveyard is consistently powerful when players get their hands on it.

This card could be really good or horrible. Glimpse of Tomorrow is one of those cards that relies on luck and expert deck-building to maximize its effectiveness. This plays well with tokens because it can lead to getting more permanents than you started with. It shuffles all permanents, not just nontoken permanents, and gives you that many cards.

This can work in a variety of strategies. This can slot well into Boros Auras and could see play in Big Red lists that run expensive threats like Terror of the Peaks. 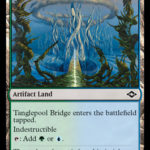 Out of Time is a decent board-wipe effect. It isn’t exactly a board wipe, but against creature decks with developed battlefields it should serve the same purpose. A control deck should be able to close out a game before the time counters are removed from Out of Time.

This is an interesting design. Most board wipes cost four or five mana. This is a three-mana effect that is cheaper but doesn’t completely remove creatures. Out of Time being an enchantment is relevant. The card appears to get substantially weaker post-sideboard when your opponent can bring in Enchantment removal.