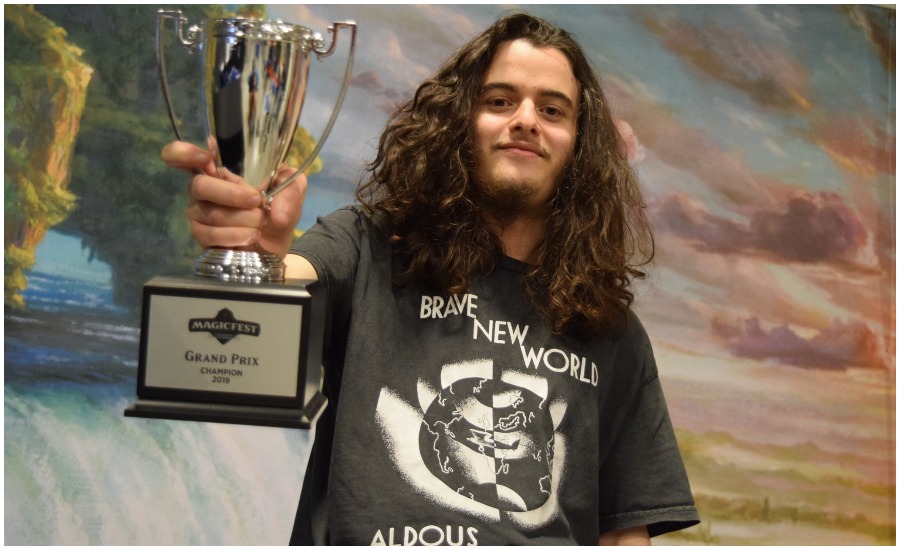 Image via ChannelFireball Twitter and Wizards of the Coast

MTG Legacy players from around the globe who headed to Niagara Falls this weekend saw Daniel Goetschel take home the Grand Prix title. The Niagara Falls weekend showcased strong decks and the youngest competitor to win a Mythic Championship Qualifier.

Goetschel, an 18-year-old student from New York, ran the tables with his Stoneblade deck, accrediting Omar Beldin and Thomas Mechin in helping him tune it. Ironically, Milan Bhayana also played a Stoneblade deck to earn his ticket to the Barcelona Mythic Championship in the MCQ tournament on Friday.

The ninth place through top 32 decks in the Niagara Falls Grand Prix included:

Of all the decks played in the Niagara Grand Prix Legacy tournament, only the Stoneblade deck represented more than 10 percent of the field. But that’s what makes the Legacy format so intriguing and interesting to watch.

The next Magic: The Gathering tournament is the second Mythic Championship being held in London from April 26 to 28. The format will be in Limited and will feature the first three rounds being played in the newest expansion to MTG, War of the Spark.