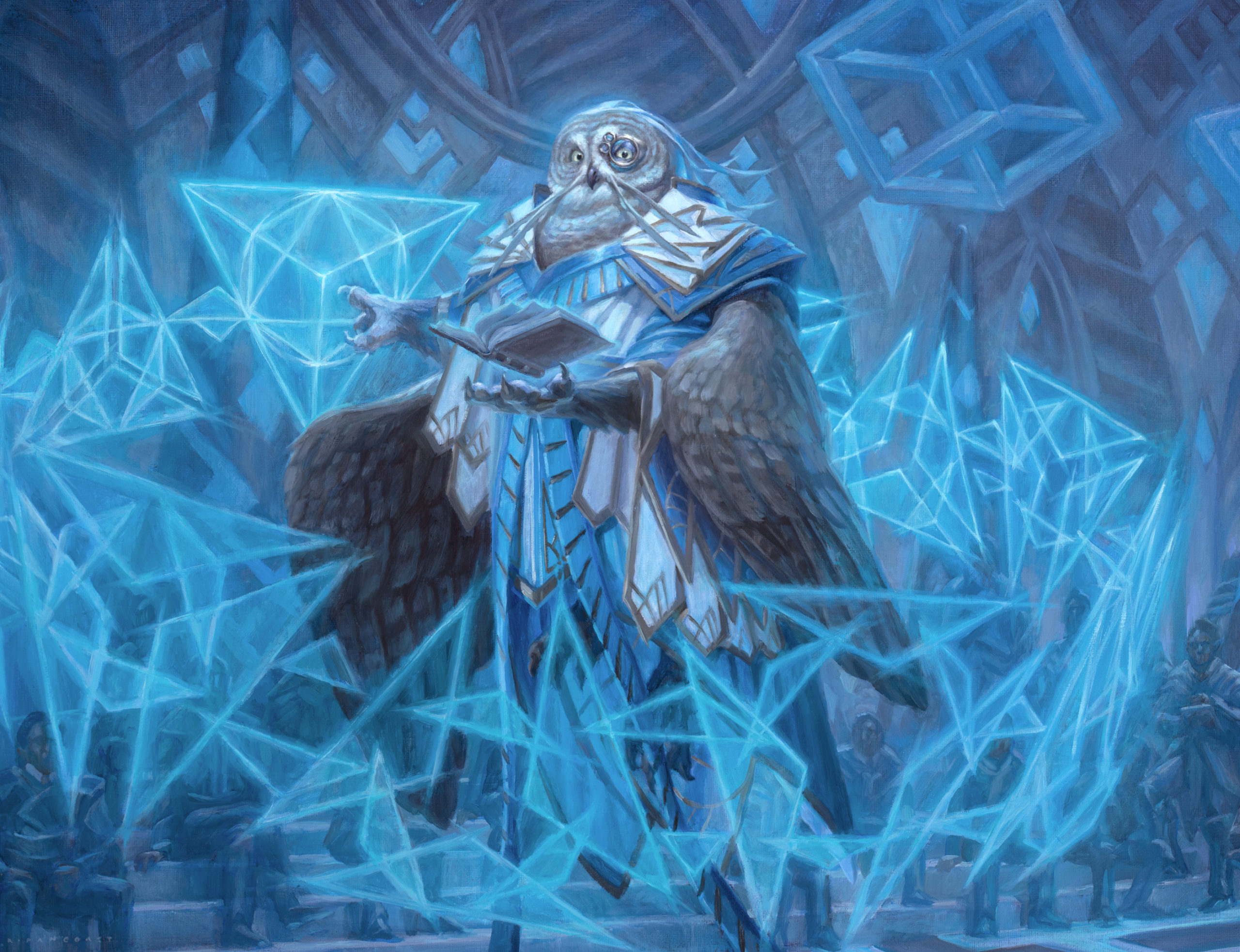 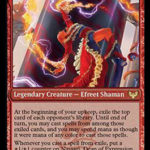 The first day of spoiler season is highlighted by the news that Modal Double-Faced Cards are back in Strixhaven, School of Mages with a rare cycle of Creatures that have complementary effects on both sides.

The deans of the five colleges are featured within this cycle. Each dean represents one color of mana in the college’s color pair. This cycle sets the tone for what players can expect as the spoiler season continues.

Strixhaven is scheduled to be released digitally on April 15 with a tabletop release on April 23.

This is a pair of creatures that will take several turns to maximize their value. Each side of this MDFC gets better with each passing turn through upkeep triggers. The Suspend ability on Uvilda is a potentially game-winning ability. Prismari decks will be using spells that cost five mana or more. The four mana discount Uvilda provides helps create double-spell turns.

Nassari works well with Uvilda and has a more immediate impact on the game. If Nassari survives a turn, you draw two cards. Nassari also has a strong ceiling as a base 4/4 that will get counters.

Plargg is a fine creature that can act as a mana sink in grindy matchups. The ability is expensive, but creatures are generally cheap in Red and White decks. In a late-game situation, it should be possible to activate Plargg’s ability and cast an additional creature.

Augusta, Dean of Order is an interesting card design that cares about creatures being tapped or untapped. Tapped creatures get an offensive boost and untapped creatures receive a defensive boost. The simple use for Augusta is to give your Creatures Vigilance, but this ability enables more complex lines.

Best case scenario is to have Valentin and Lisette on the battlefield at the same time. These cards work well together. Valentin gains life and Lisette grows your creatures based on that life gain. Both are weak on their own, but appear to be possible engines for a Green and Black life gain deck.

The big combo is to exile a lot of cards with Study counters and create several Fractal Creature tokens to close out the game. This is a slow game plan but Blue and Green have enough control pieces to keep the battlefield stabilized while it sets up. Imbraham appears to be a good late-game mana sink that can find a finisher or answer with one activation.

Shaile will see some play in White aggro decks when Strixhaven is released. A two-drop that can buff creatures as they enter the battlefield is worth trying out. Flying and Vigilance also lets Shaile be an effective attacker when paired with Luminarch Aspirant or Maul of the Skyclaves. If White decks want to splash a few Black pathways, Embrose is a good card that should see play. It works well with Shaile, but can fit into any Black deck that cares about +1/+1 counters like Elves.

The Strixhaven: School of Mages set will launch digitally on April 15 and a tabletop release is scheduled for April 23.