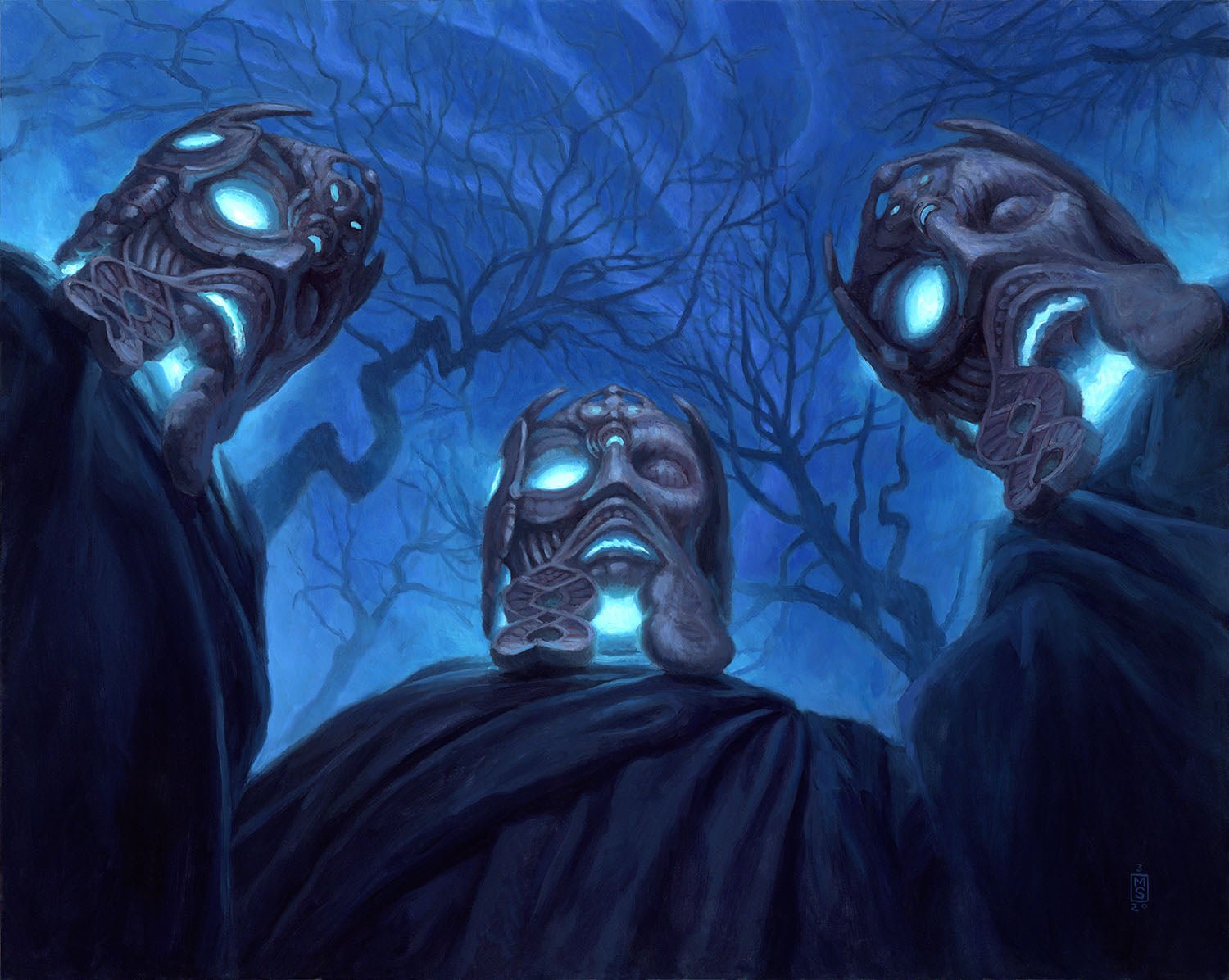 Changeling creatures are relevant in any Magic: The Gathering set with a tribal theme. They act as the glue in Limited that helps with the inherent random qualities of drafting a deck.

A shapeshifter land is certainly unique. This is a solid threat in a dedicated snow deck. The ability to synergize with tribal anthem effects is a massive plus, especially for Kaldheim Limited. Faceless Haven is a threat that must be respected and will be harder to deal with than expected. Plenty of decks in Standard run removal suits that target nonland creatures. Since Faceless Haven remains a land when it becomes a creature, it dodges a fair amount of removal and bounce spells. Faceless Haven might show up outside of dedicated Snow strategies if those decks run Snow basic lands instead of normal basics.

Maskwood Nexus is an Arcane Adaptation with upside. While this card shouldn’t see competitive play, Maskwood Nexus enables ridiculous combos and explosive turns similar to its Ixalan iteration. What sets Maskwood Nexus apart is that it turns all creatures into all creature types. Cards like Arcane Adaptation only applies this effect for a chosen creature type. Also, the ability to create a 2/2 body lets the card scale. This makes the artifact more than a do-nothing artifact most of the time. Creating a Changling adds to any tribal synergies the deck is looking to exploit but protects you while you set up a combo.

Draugr Necromancer should be a centerpiece in a Snow control deck. There are two powerful aspects to this card. Exiling creatures when they die is relevant in Historic. With Draugr Necromancer on the battlefield, it shuts down a non-Escaped Kroxa, TItan of Death’s Hunger, or Uro, Titan of Nature’s Wrath. Draugr Necromancer also fits in a Standard Cleric deck, which is a strategy that wields a wide-range of removal spells. It should only be played in a deck that runs primarily Snow lands to get maximum value.

Kaldheim releases on Magic Arena and Magic Online on Jan. 28 with the full release on Feb. 5.