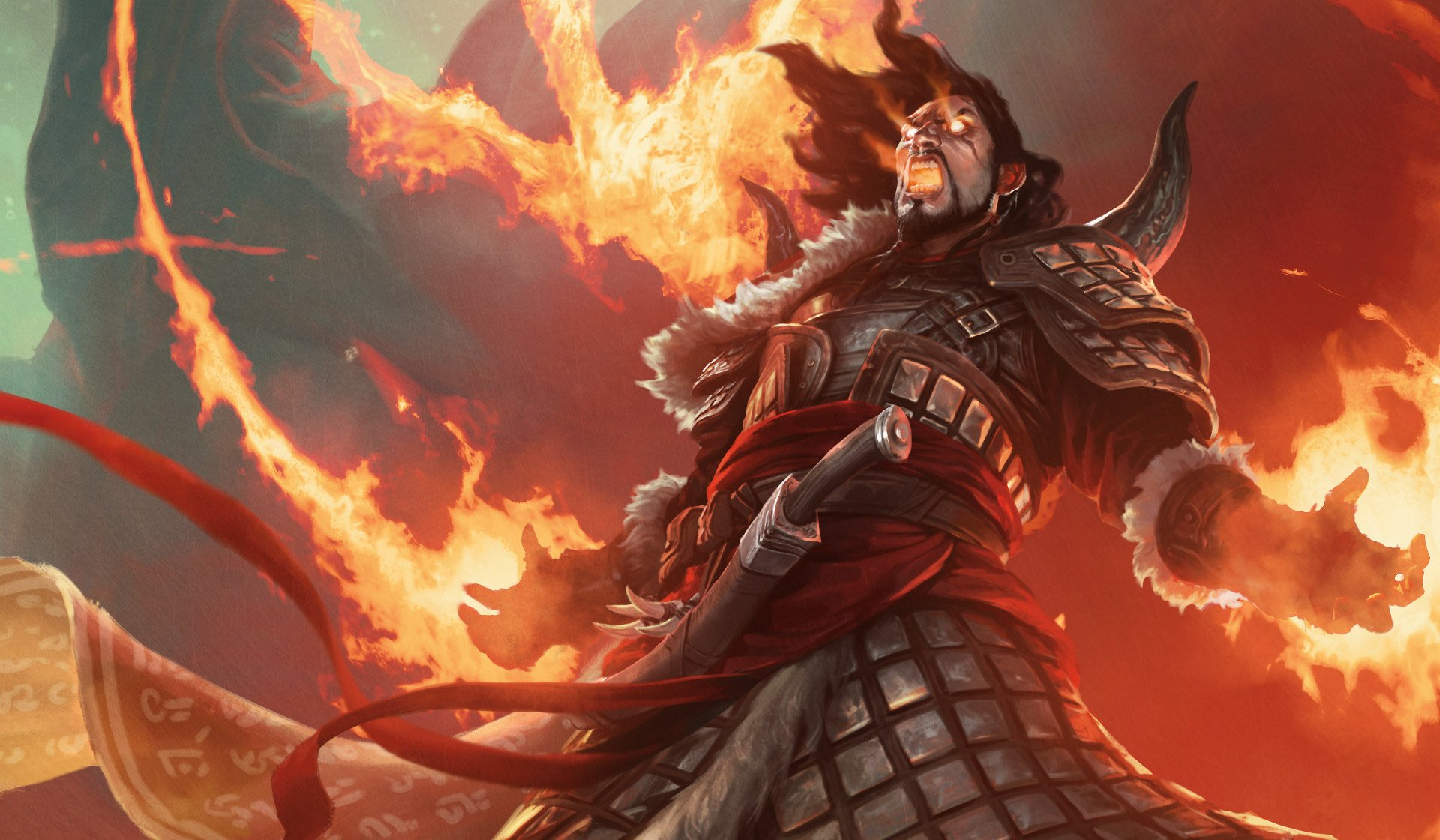 If you like Planeswalkers, this Magic: The Gathering Jeskai deck is just the thing for you. Jeskai Planeswalkers has been around since the release of the War of the Spark expansion, but after a recent top-four finish at Fandom Legends, there’s no sign that this deck will slow down anytime soon.

Here’s what you need to know about Jeskai Planeswalkers.

For this deck, you’ll want about 20 Planeswalkers. Some are critical to the build and the deck should feature four copies of them, while others serve utility purposes, grant inevitability, and can be mixed and match based on your playstyle. John Rolf’s top-four deck from Fandom Legends runs 19 Planeswalkers and another one in the sideboard.

The main Planeswalkers are two that most Standard players will be very familiar with. Teferi, Time Raveler and Narset, Parter of Veils have found powerful roles in the current metagame by punishing many types of gameplay. Simply put, Teferi stops your opponent from responding to things with spells, while Narset stops your opponent from drawing more than a single card per turn. Together, the pair is devastating to many different deck archetypes.

But the most-important Planeswalker in the deck is one you pretty much won’t see anywhere else. Meet Sarkhan, the Masterless.

Sarkhan is a unique Planeswalker with a stylish design that can quickly overwhelm the game, especially in conjunction with other Planeswalkers. He makes a big dragon to protect himself (the passive is often forgotten by opponents) and turns all your Planeswalkers into dragons as well. Dragon Planeswalkers can still use their Planeswalker abilities, in addition to attacking as creatures.

Saheeli, Sublime Artificer and Karn, Scion of Urza are utility Planeswalkers added into the mix. Both of these play unique roles to generate card advantage, with Karn digging deep into your library and Saheeli pumping out 1/1 artifact creatures. Yes, Planeswalkers count as non-creature spells, meaning every Planeswalker spell you cast with Saheeli out brings along a little Servo buddy.

Rounding out the Planeswalker count is single copies of Teferi, Hero of Dominaria and Chandra, Awakened Inferno—both very powerful game enders if left to their own devices.

The rest of the deck

The remaining cards in the deck are all focused on controlling the battlefield until you can bring your powerful Planeswalkers online. Primarily, this means burn spells like Lightning Strike and Shock. There’s also some cheap card advantage in the form of Opt, along with a single copy of Dovin’s Veto to clear the way for Sarkhan in case you have a particularly controlling opponent.

As a three-color deck, land choice is incredibly important. Rolf’s deck opts for just a single basic land, an Island, and almost everything else produces at least two colors of mana. An important exception is the inclusion of four copies of Interplanar Beacon. It’s not great for the non-Planeswalker cards, but it can be incredibly useful in meeting this deck’s high color requirements. The lifegain is also notable, prolonging the deck’s lifespan against aggro decks.

Burning down the house

Ultimately, the key to winning with Jeskai Planeswalkers is to protect your Planeswalker buddies and keep them alive long enough to swarm the skies when you turn them into dragons.

Against aggro decks, use your burn spells to control their creature count, and use tempo plays like Teferi, Time Raveler’s minus-three ability to set them back a turn. Saheeli’s Servo tokens are great blockers. And once you have Sarkhan online, make sure to make that dragon and laugh as your opponent attacks into a firestorm.

Control decks can be tricky, but if you can play around counterspells, most of them don’t have many ways to take out Planeswalkers. The Elderspell is really your biggest problem, but you’ll have difficulty finding anybody running this spell since most of the popular decks are all about creatures right now.

Scapeshift is one of the top decks of the format, but that’s why this deck is so great. Field of the Dead makes 2/2 zombies. If you have two dragons and Sarkhan in play, guess what? They can never attack you and win due to Sarkhan’s passive. Even if they make 100 zombies, they’ll just shamble forward into a firestorm. Then all you have to do is transform your best buds into dragons and swing for victory.