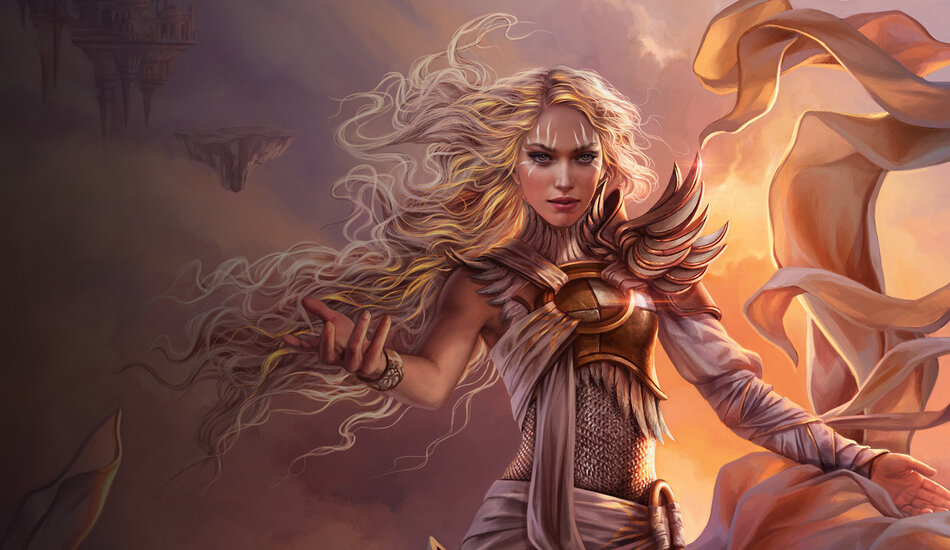 The Modern metagame has evolved in Magic: The Gathering and within this evolution at MTG Mythic Championship IV is Brian Braun-Duin (BBD) running a Four-Color Urza deck.

Modern in MTG has gone through a burst of powerful cards upon the release of War of the Spark, Modern Horizons, and Core Set 2020. After Eli Loveman won Mythic Championship II with Humans, it jumped to the top of the Modern meta. Sitting in the top four of the meta, other than Humans, are the usual decks like Eldrazi Tron, Blue/White Control, and Izzet Phoenix.

BBD, however, is bucking the current Modern meta trends by playing Four-Color Urza. After going 3-0 in the Modern Horizons Draft, he has one loss heading into round seven for the day. And while a majority of players have chosen to bring a variety of variations of the hottest Modern deck, Hogaakvine, BBD continues to dominate at Barcelona.

With the release of Urza, Lord High Artificer from the Modern Horizons set, BBD has put together a deck that lets it work with  Thopter Foundry and Sword of the Meek (Thopter/Sword combo).

Once Urza, Lord High Artificer is in play, tapping Sword of the Meek for blue and sacrificing it to Thopter Foundry creates a one/one thopter token. The ability is then activated on Sword of the Meek, returning it to the battlefield equipped to the token. This process becomes an infinite combo while also producing infinite life.

Hogaakvine, however, has gained massive amounts of traction in recent weeks and is the fifth most popular Modern deck being brought to MCIV in Barcelona.

Released in the Modern Horizons set, Hogaak, Arisen Necropolis has the potential to be a zero costing creature who comes onto the board as an eight/eight. Due to its massive power, it brings to the battlefield, there are a host of various Hogaakvine decks being played at Mythic Championship IV this weekend. Here is an example of one of the more popular builds:

Thanks to the M20 release of Goblin Ringleader and the reprint of Goblin Matron, Goblins is also a hot deck being played this weekend.

Along with Hoggakvine and Goblin’s, there are several decks to keep an eye on as MCIV continues over the course of the weekend.

Coverage of the fourth MTG Mythic Championship IV is streaming Live on MTG Twitch channel from July 26 through the 28, beginning at 2am CT.