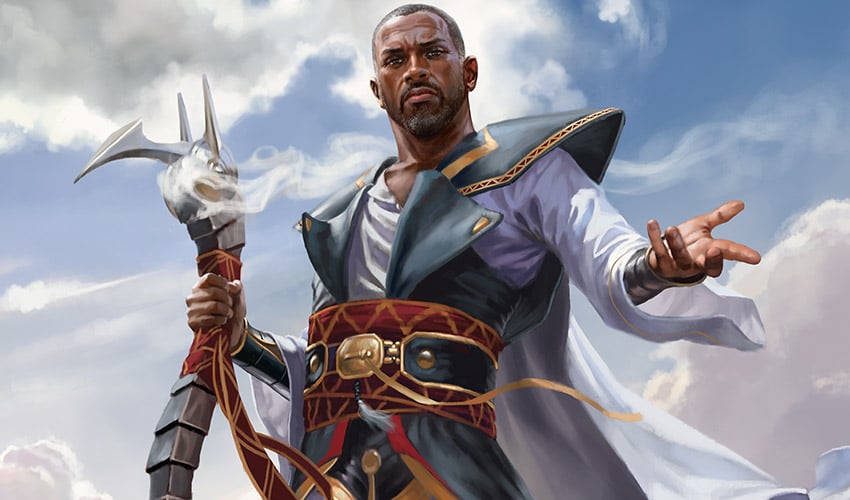 Barclay is one of nine Magic: The Gathering players to play Azorius Control. The strategy was considered weak compared to the three pillars of Historic: Four-Color Midrange, Mono-Red Goblins, and Jund Sacrifice. Barclay defied all expectations by going 10-0 in Historic over three days.

The finals rematch against Burchett was fairly one-sided, with Barclay seemingly finding every answer to the explosive Mono-Red Goblins strategy. Teferi, Hero of Dominaria was an all-star in this series. The classic control finisher dominated the battlefield any time it resolved. In multiple games during the series, Burchett was a top deck away from securing the victory but the cards never lined up for them.

With the win, Barclay earns $15,000 and an opportunity to play in the post-season Challenger’s Gauntlet for an opportunity to join the Rivals League or Magic Pro League. Despite the loss, Burchett does earn points toward their MPL standings and adds another top-eight finish to their excellent 2020 campaign.

Barclay punched his ticket into the finals by defeating Burchett in the upper-bracket finals. Burchett is one of the best Goblins players in Magic and it’s no surprise they performed well through the Historic rounds. Barclay entered the generally unfavorable matchup losing game one. The next two games looked like classic Control domination. Grafdigger’s Cage found its way into Barclay’s opening hand in games two and three and shut down the Muxus, Goblin Grandee combo. The combination of Shark Typhoon and Teferi, Hero of Dominaria was enough to close out the series and leave Barclay waiting for the lower bracket to finish.

Burchett’s day wasn’t over as they waited in the finals of the lower bracket looking for a potential rematch with Barclay. Andrea Mengucci ran through the lower bracket to face Burchett in the lower finals. Burchett completed the tournament sweep against Mengucci through the power of Krenko, Mob Boss flooding the board with dangerous goblins. The victory set up a finals rematch between Burchett and Barclay.

Magic Esports returns in January with the beginning of the Kaldheim Split. Kaldheim is an upcoming Magic set scheduled for release on Feb. 5.