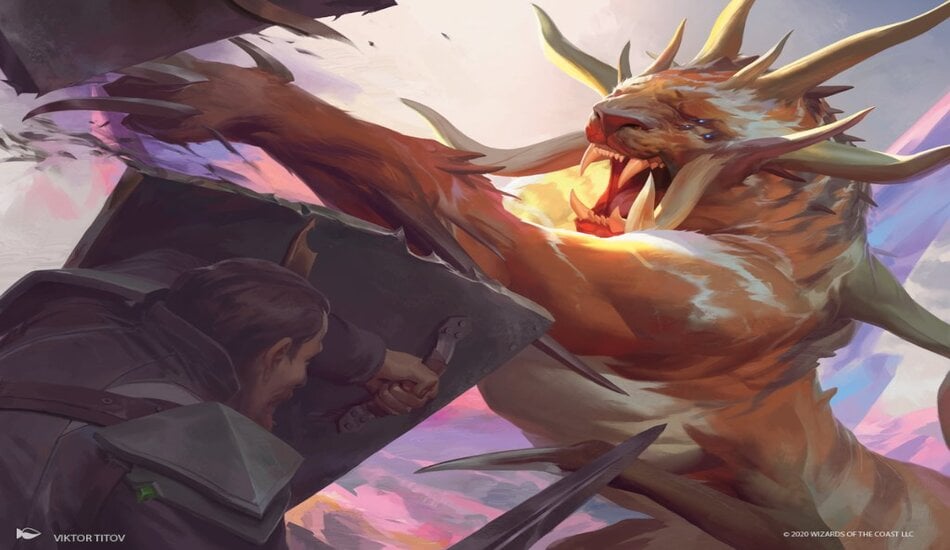 Player draft is coming to MTG Arena, featuring a Traditional and Premier Draft with real-life players, Wizards of the Coast announced today.

The wait for a non-bot Booster Draft in MTG Arena has finally come to an end. Multiple real-life player drafts and one bot draft are set to release with Ikoria: lair of Behemoth on April 17.

Traditional and Premier Draft will begin on April 17 and will always feature IKO until the next Magic set is released. Quick Draft will begin two weeks after the release and will rotate sets. Unlike bot draft, Premier and Traditional will have a timer for picks. It starts at 75 seconds for the first pick and drops down to 30 seconds for the final picks.

Players also have to check-in prior to drafting since Premier and Traditional draft picks are done in real-time in a pod of eight players. But match play will be the same as it was before, with players matched against one another based on win/loss record and those in the queue for a game.

Each draft has an entry fee and paying with gold has been added as an option. The rewards structure for Premier and Traditional has also been reworked with an emphasis on rewarding players with wins a chance to play Draft again.

The entry fee for Premier Draft is 1,500 gems or 10,000 gold. Players will compete in a total of three matches regardless of wins or losses in a best-of-three format. Rewards start with one booster pack at zero wins and increase to 3,000 gems and six booster packs with three wins

The entry fee for Traditional Draft is 1,500 gems or 10,000 gold. Players are out after three losses and can earn up to seven wins in a best-of-one format. Rewards start at 50 gems and one booster pack at zero wins and increase to 2,200 and six booster packs with seven wins.

Drafting with real-life players via Premier and Traditional Draft in MTG Arena begins on April 17 with the release of Ikoria: Lair of Behemoth.