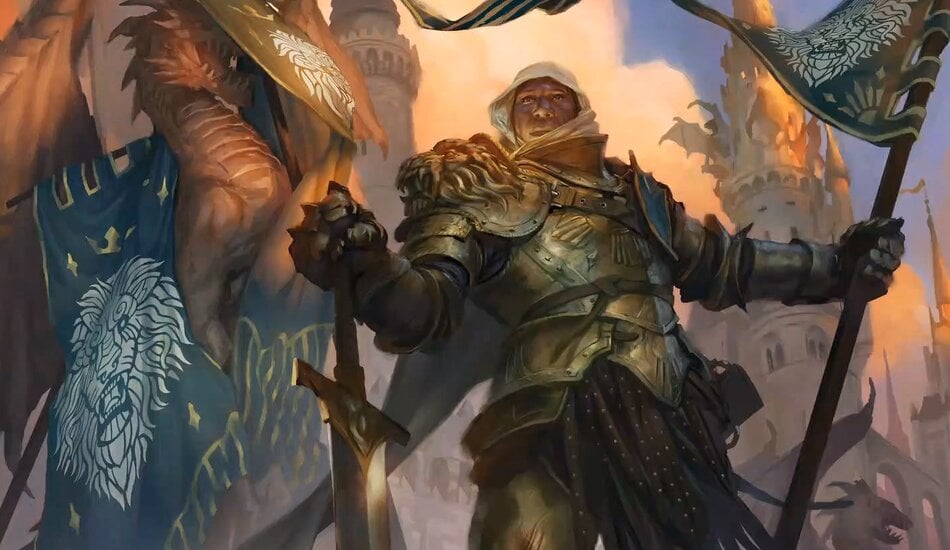 White is notoriously known in MTG Commander as the worst color. The design team has been listening to feedback from the community, though, and plans to make several alterations to White over the coming years.

The first major adjustment was introduced in Core Set 2021, providing White legendary creatures with card draw. Mangara, the Diplomat was a Legendary Human Cleric within M21 that allowed its controller to draw a card whenever an opponent casts their second spell each turn. Unlike card draw in Red that relies on “impulsive draw,” White will contain unique and new ways to cantrip. Mangara, the Diplomat was just the start of card draw in White, with more ideas and cards on the way.

Power levels in White are also being improved upon. Keeper of the Accord was revealed today during the Future of Commander panel, arriving within the upcoming Commander Legends set. 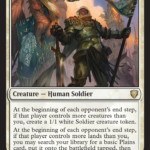 As a human soldier, Keeper of the Accord can trigger at the end step of each opponent, potentially creating three 1/1 White Soldier tokens and three basic Planes in one round.

Other concepts being added to White include providing persistent and recurring threats, being able to protect and reuse permanents, containing more win conditions, and providing some form of ramp. Some of these concepts will change the color pie while others are more of a philosophy adjustment. But don’t expect White to change overnight—it will take years to implement these concepts, according to the Commander design team.

Commander Legends in MTG, containing Keeper of the Accord, is scheduled to release later this year.