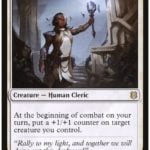 Standard rotation 2022 in Magic: The Gathering is quickly approaching, removing a large number of powerful cards from the ever-changing format.

Scheduled to take place with the release of Dominaria United on Sept. 9 is Standard rotation 2022. A total of four Standard-legal sets will get removed from the format: Zendikar Rising (ZNR), Kaldheim (KHM), Strixhaven: School of Mages (STX), and Dungeons & Dragons: Adventures in the Forgotten Realms (AFR). Within these four sets are numerous cards that have been played at the highest levels of competitive Magic since their release.

Not all the MTG cards rotating out via Standard rotation 2022 made it into top-tier decks but a few have earned honorable mentions on their way out the door.

Lolth, Spider Queen has been a dominant planeswalker in Mono-Black, Rakdos Sacrifice, and Esper Midrange decks since she was released in AFR. Deadly Dispute had a major impact on Mono-Black Control and Rakdos Sacrifice decks, specifically via Eyetwitch and the STX Lesson/Learn cards, along with Shambling Ghast.

Snow lands will rotate out in the fall, along with several powerful cards like Blizzard Brawl, Jorn, God of Winter, Narfi, Betryaer King, and the final card listed in this article. Angel tribal builds are losing Righteous Valkyrie, Legion Angel, Youthful Valkyrie, and Firja’s Retribution. And Orzhov decks will miss the power of Vanishing Verse as a removal spell.

From lands to board wipes, here are the best MTG cards leaving the Standard format via Standard rotation 2022. 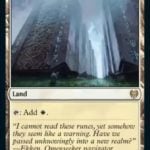 Between the release of ZNR and KHM, all allied and enemy-colored pairs were contained within the Pathway lands. These Modal Double-Faced cards (MDFC) drastically improved mana mixing within the Standard format over the last two years and will be missed by all. Pathway lands entered the battlefield untapped, making them an ideal land option when pairing two or more colors in a deck. 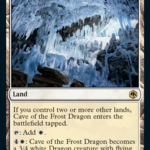 The release of AFR brought about five creature lands, one in each of the five MTG colors. Similar to STX Dual lands, the AFR creature lands came in untapped with a stipulation of having less than two lands on the battlefield. These lands offered players options following a board wipe while giving a variety of Control decks additional resources to end games via creating a creature upon paying a specific mana cost.

The five AFR creature lands leaving with Standard rotation 2022 are Cave of the Frost Dragon, Den of the Bugbear, Hive of the Eye Tyrant, Hall of Storm Giants, and Lair of the Hydra. 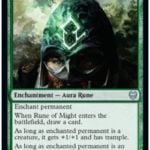 Luminarch Aspirant has been one of the most played cards in the Standard format since its release via the ZNR set. The human cleric is found in top-ranked competitive decks like Esper Midrange/Raffine and Mono-White decks. And if an Aggro or Midrange deck is running the MTG color White, Luminarch Aspirant typically slots into the two-drop spot due to the card’s overall power level.

Making copies of tokens while applying pressure as a vehicle, Esika’s Chariot has been a staple Green card in Standard since the KHM release. The legendary Artifact is still played in Mono-Green and gets splashed Jund and Golgari Midrange builds.  Fable of the Mirror-Breaker//Reflection of Kiki-Jiki is the new Esika’s Chariot within Standard, but the vehicle leaving the format will still have an impact on the overall meta.

Spitting out Treasure tokens like a high-roller at a casino since its KHM release has been Goldspan Dragon. The five-drop Treasure producing dragon has seen a little less gameplay since the 2021 fall rotation but is still used in a variety of decks.

The most competitive Standard deck that uses Goldspan Dragon is the Jeskai Hinata deck. And included in the Hinata build are other MTG cards leaving Standard via rotation, like Magma Opus, Jwari Disruption, Fading Hipe, Lier, Disciple of the Drowned, Expressive Iteration, and Unexpected Windfall.

Celebrating Paulo Vitor Damo da Rosa’s World Championship XXVI win was the three-drop Elite Spellbinder in the MTG color White. The human cleric has been a powerhouse in the Standard format since the release of STX, often played in Esper Midrange and Mono-White decks.

The decks that use Elite Spellbinder have a chance of surviving Standard rotation, as the color White is flush with powerful three-drops. But none will quite compare to Elite Spellbinder, with the human cleric able to function as an aggressive and controlling card within the Standard format.

Mono-Green Aggro has been a staple in the Standard format since the release of AFR, with Werewolf Pack Leader providing massive amounts of value in the two-drop spot. Also leaving the format within the Mono-Green Aggro build are cards like Ranger Class, Oldgrowth Troll, Snakeskin Veil, and Bizzard Brawl.

Werewolf Pack Leader was also a solid two-drop in werewolf tribal Gruul decks, although the build was never considered a top-tier deck in MTG Standard.

Blood on the Snow

Mono-Black Control has continually evolved since the release of the KHM board wipe Blood on the Snow. But many MTG players will miss the Snow Sorcery spell within the Standard format despite The Meathook Massacre remaining for another year. The flexibility to return a planeswalker or creature with Blood on the Snow made the Mono-Black card worth its six-mana cost, especially when used in conjunction with numerous other Black removal spells.