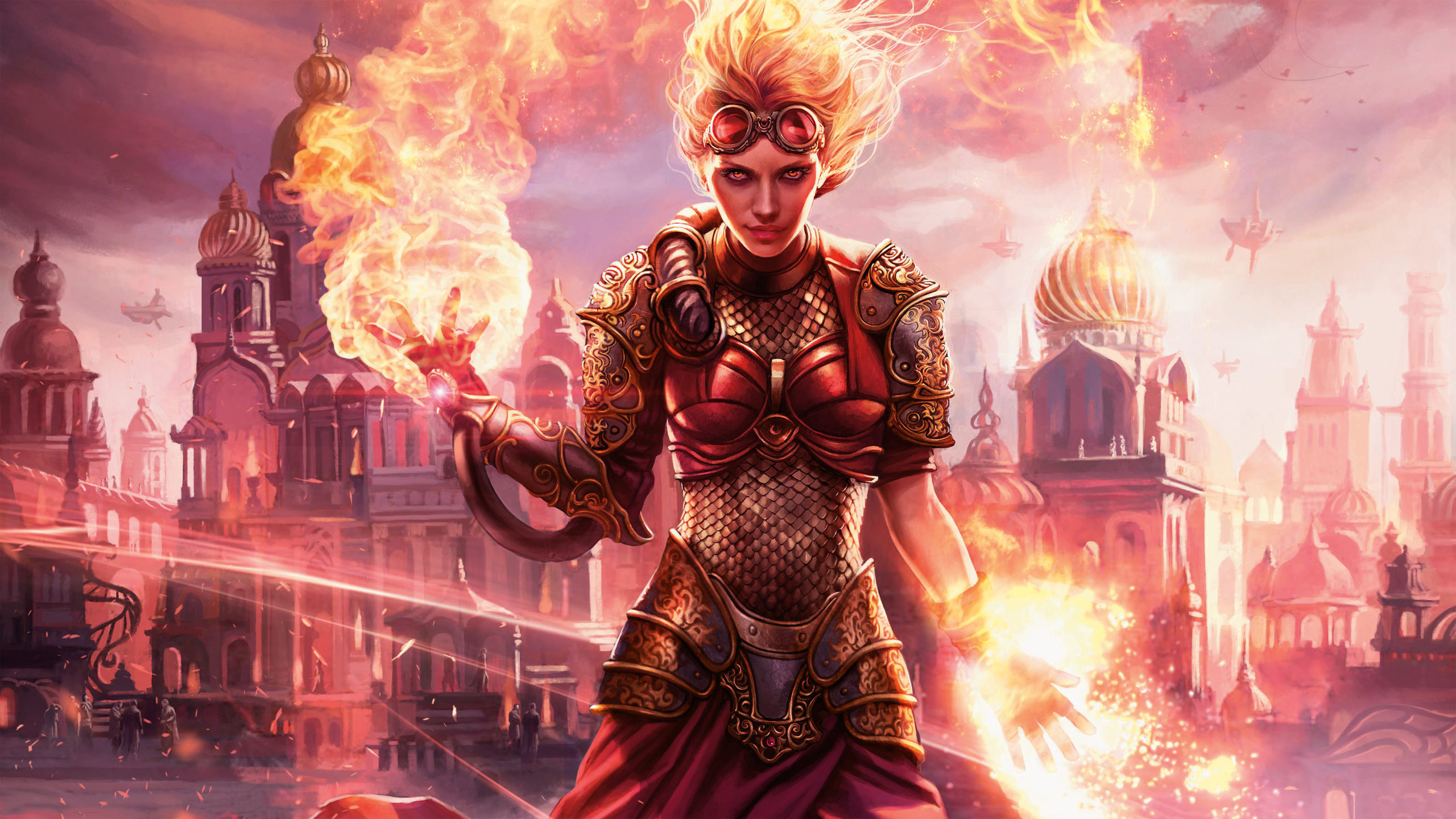 Similar to Amonkhet Remastered, it’s certain that Kaladesh Remastered will have a massive impact on Historic that will be seen at the upcoming Zendikar Rising split championship from Dec. 4 to 6. Some Magic Arena players will be familiar with most of these cards from the closed beta, where both Kaladesh and Aether Revolt were legal in Standard at the time and in the game.

To get players ready for a massive shift in the balance of power in Arena’s eternal format, here are the top cards in Kaladesh Remastered for Historic.

Black is getting all the powerful one-mana cards. In Amonkhet Remastered, Thoughtseize became an auto-include card in almost any deck running black. Black receives another powerful piece in Fatal Push. Fatal Push is one of the most efficient removal spells in Magic. It’s a staple in Modern and Pioneer and is sure to make a name for itself in Historic. There’s some competition with Zendikar Rising’s Bloodchief’s Thirst, another powerful one-mana removal spell. But why not just play both?

To continue the trend of efficient spells, welcome Bomat Courier. This card became a staple in aggro decks during the Kaladesh block. The one-mana 1/1 gets in early and stacks up cards under it. For one red mana, you can discard your hand to receive all the cards exiled with Bomat Courier. This is a powerful effect that gives mono-red burn the cards it needs to get past the finish line.

On day one, this becomes the premiere top-end threat for mono-red strategies. The planeswalker just does everything. Chances are, if you play Chandra, it’ll help you when you have an advantage, at parity, or behind. The card’s two +1 abilities either get you two red mana or a card. The minus ability hits any creature for four damage. Chandra is a powerful planeswalker that requires an answer. Considering how strong ramp is in Historic, it’s not wild to assume Chandra will show up in two or three-color decks.

During its time in Standard, Torrential Gearhulk was a powerful control finisher. But it’s unclear where the threatening construct fits into the current Historic metagame. Six mana is a lot, but a threatening 5/6 body and the ability to recast a spell from the graveyard might be worth it. Many of the top decks are running blue for Uro, Titan of Nature’s Wrath, and probably don’t want a six-mana spell with a double-blue cost. There aren’t any high-level mono-blue control decks and Azorius Control has a tight decklist already. It’s unclear where this powerful card will find a home.

Azorius Auras needed a card like Sram. The deck has a problem with being unable to accumulate card advantage. The deck relies on drawing Kor Spiritdancer to turn on its card draw engine. Sram gives the deck an extra four-of redundant effect. This addition could push Azorius Aurus into a higher tier in the Historic metagame.

This card might make decks that focus on counters competitive. The ability to double-up counters on artifacts and creatures is powerful. Winding Constrictor is also strong in an energy-based shell in Historic because it doubles the counters that the player earns. Winding Constrictor isn’t an overwhelming card but a necessary support card for an archetype potentially on the rise. Plus, it’s uncommon. Craft this.

Authority of the Consuls

This is a key anti-aggro sideboard card. Historic has a pair of high-power aggro decks in mono-red Goblins and Gruul Aggro. Authority of the Consuls dramatically slows these decks down by making each creature enter the battlefield tapped. The incidental life gain helps with surviving early aggression. A key interaction is slowing down Muxux, Goblin Grandee by one turn, which might be all you need to cast a crucial board wipe and win the game. Look for this rare to be in many sideboards.

This is an excellent cheap threat. Scrapheap Scrounger is a two-mana 3/2 that doesn’t stop coming back provided you have a creature card in your graveyard. It’s not hard to imagine this will find a home in black aggro decks with its aggressive stats that demand an answer. Scrapheap Scrounger may battle with Skyclave Shade for a spot in black decks, but it stacks up well.

Aetherworks Marvel is the most boom or bust card in Kaladesh Remastered. The potential turn four Ulamog, the Ceaseless Hunger is game-winning. But how consistently can players expect to hit that combo? It’s difficult to evaluate this card because the highs are astronomical and the lows make this borderline unplayable at higher ranks. Bet on this card seeing tons of play early. The Zendikar Rising Championship in December will be the test of whether this card is powerful or fun jank.

There are a handful of cards in Kaladesh Remastered that are fun but unlikely to make a splash in competitive play. That doesn’t mean they aren’t worth crafting, however. Panharmonicon is a fun staple for brewers looking to combo off with huge value turns. Paradox Engine and Aetherflux Reservoir are fun additions that could slot into decent lower-tier decklists. Heart of Kiran is a sleeper in the set that could be the piece that popularizes more planeswalker tribal decks.

Kaladesh Remastered hits Arena on Nov. 12 and becomes legal in Historic the same day. Be sure to stock up on wildcards to craft some of the best new cards in the format.