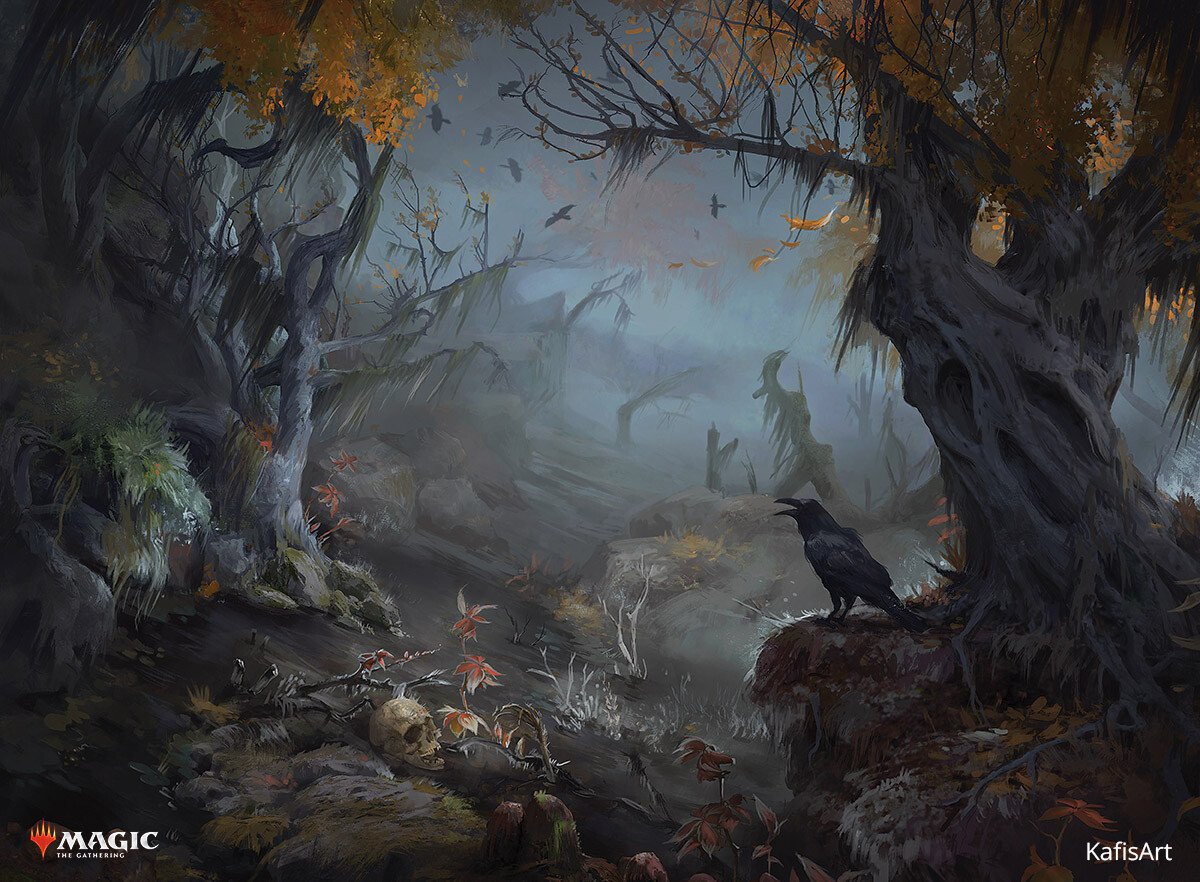 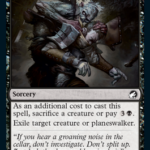 Zombies and Vampires are back in Innistrad: Midnight Hunt, the next Magic: The Gathering set.

Midnight Hunt is the game’s return to Innistrad, a gothic-horror-themed set that’s filled with terrifying Creatures both alive and undead. Midnight Hunt is scheduled to release on Magic Online and Magic Arena on Sept. 16 with a full worldwide tabletop release on Sept. 24.

Black is primarily centered around the B/U Zombie and B/R Vampires tribal synergies. These game plans involve extensive use of the graveyard to generate value and dealing direct damage to the opponent for extra effects.

Here are the best Black Common and Uncommon cards in Midnight Hunt for Limited.

This is a great removal spell, although it is a Sorcery. If you also sacrifice a Creature, Eaten Alive is a one-mana removal spell that exiles. With Disturb in the format, exile-based removal will be important. Even at the full four-mana cost, this card is worth playing. Fulfilling the additional cost shouldn’t be too hard because Black will generally have a Decayed Zombie token on the battlefield that is perfect as sacrifice fodder.

This is the best Instant removal spell in Midnight Hunt. It’s a two-mana spell that destroys any Creature. Sure, you lose two life but that’s a small downside for a clean removal spell. Play Infernal Grasp.

Morkrut Behemoth is another way to use Decayed Zombie tokens outside of combat. This five-mana 7/6 Creature is an instant clock. Menace turns this into a must-answer threat. To cast this Creature for five mana you need to sacrifice a Creature. This is a great use of the Decayed Zombie tokens that enter the battlefield alongside many of the Creatures already in Black. In the unlikely event that you have nothing to sacrifice, a seven-mana 7/6 Menace Creature isn’t the worst deal in the world.

Graveyard hate is necessary in Midnight Hunt with Flashback and Disturb as key mechanics. Rotten Reunion is a one-mana card that exiles a card from a graveyard and creates a Decayed Zombie token. The spell also has Flashback for 1B. This card is a great sideboard option that could see main deck play if the best Limited decks revolve around the graveyard.

Crawl from the Cellar

Crawl from the Cellar is another efficient Flashback spell that goes the extra mile. This one-mana Sorcery brings a Creature back from the graveyard to your hand and puts a +1/+1 counter on a Zombie you control. This card should be a solid pickup for Zombie builds. Other Black decks could use this card as a cheap way to get back a Creature with a solid ETB or your Rare that’s a lightning rod for removal.