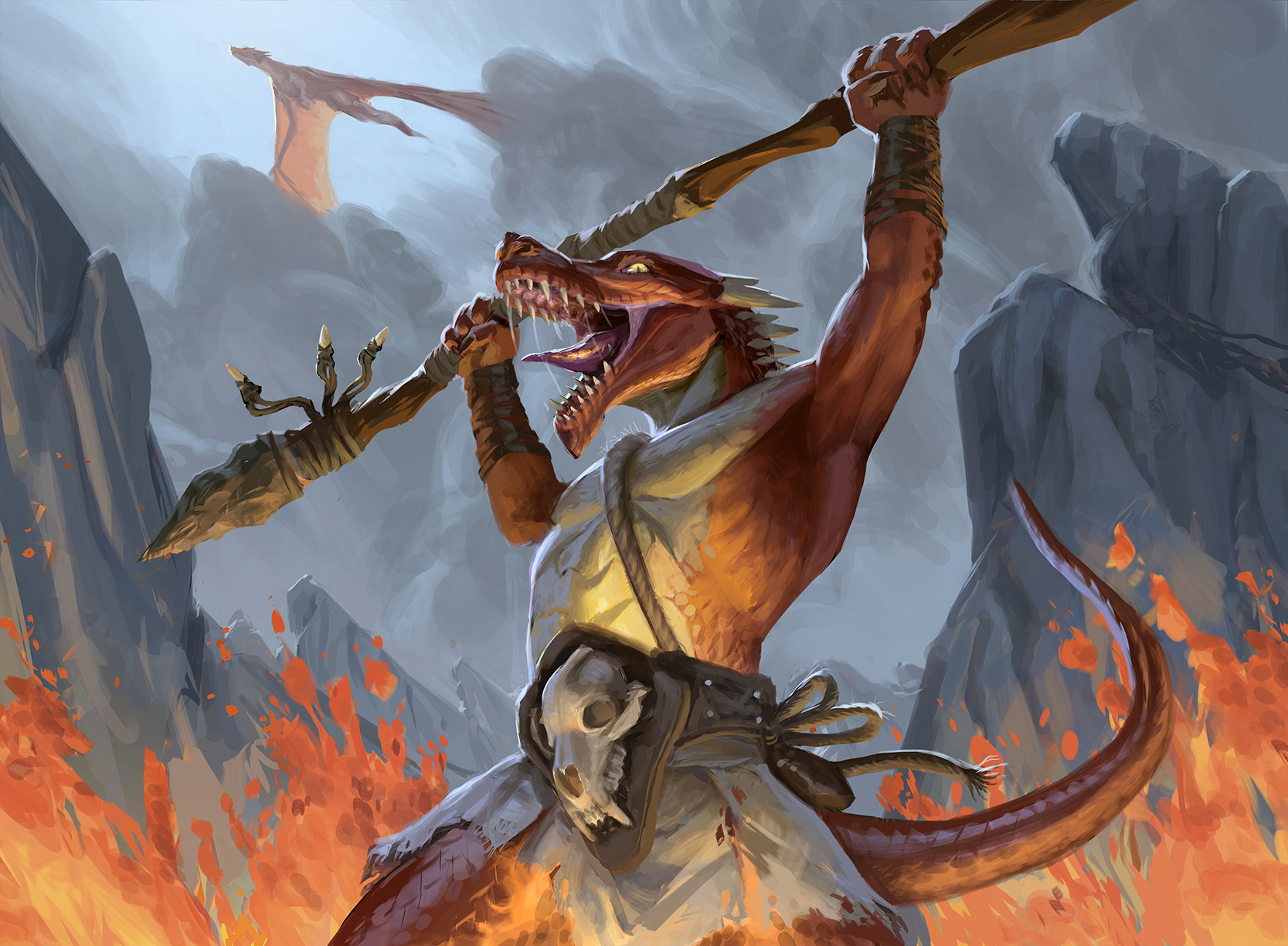 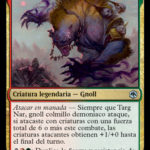 When translating Dungeons & Dragons flavor into the upcoming crossover set Adventures in the Forgotten Realms, Magic: The Gathering designers had to maintain the game’s color pie for Limited and Constructed balancing.

Most sets are made to support two-color Limited archetypes. While each set has a different feel to each pair, there are consistent themes. Red and Green is often an aggressive color pair that uses large creatures to win.

The R/G mechanic is expressed in the “pack tactics” flavor words. When you see pack tactics, it means that creature gets an ability when you attack with creatures with a total power of six or greater during that turn’s combat.

This is another combat-based ability like Boast in Kaldheim. The two could synergize in Standard once Throne of Eldraine and Ikoria, Lair of Behemoths rotate and midrange creature decks make a return.

On the second day of Adventures in the Forgotten Realms spoilers, several creatures with pack tactics gave a glimpse into how the mechanic will help R/G decks win.

Here are three creatures that support pack tactics that were revealed today.

This card, revealed by The Games Capital, is packed with value for a two-cost creature. A 2/3 Reach creature is annoying to deal with in Limited. It will stop a lot of strategies that rely on small Flying threats in the early game.

Intrepid Outlander only needs four extra power on the battlefield to attack with to trigger the pack tactics ability to Venture. This Orc Ranger should be a valuable card in Green-based decks in Limited.

Targ Nar could be a finisher in R/G Limited decks. At uncommon, it will show up frequently enough where it could be considered a signpost card in the archetype. The legendary creature revealed by the 3 Gordos Bastardos podcast is a signpost card for pack tactics strategy.

The card is vulnerable to most removal in Standard and Adventures in the Forgotten Realms Limited. When it gets the chance to attack, the anthem ability is enough to punch through lethal damage, especially with a handful of Trample threats.

The key to turning on pack tactics appears to be through 2/2 Creatures. The three cards revealed today are base 2/2 creatures that push the pack tactics archetype. R/G decks will have access to bigger creatures, but filling the battlefield with low-cost threats is an effective way to develop a battlefield and have meaningful attack steps.

The card was revealed by Wizards of the Coast.