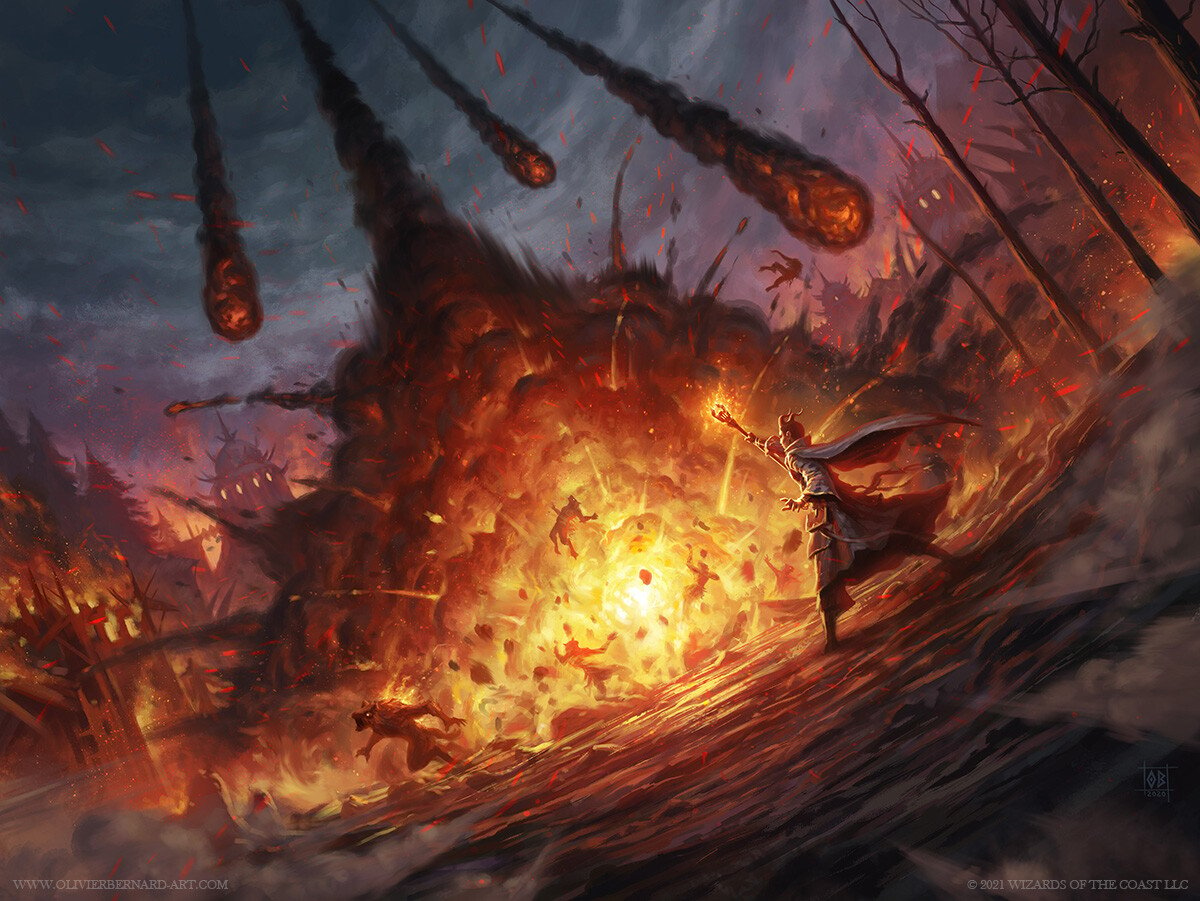 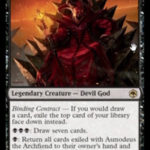 The quick spoiler season for Dungeons & Dragons: Adventures in the Forgotten Realms concluded today with the reveal of Asmodeus, known as the greatest devil and now a Magic: The Gathering card-draw engine.

With the full expansion unveiled, brewers and Limited players have only two days to evaluate the set before its digital release on Magic Arena and Magic Online on July 8.

The final day of spoilers showed off mostly Limited filler but featured a few cards that could make an impact in Constructed formats. Many of the cards were revealed during today’s Adventures in the Forgotten Realms Gather streamer event.

Hosted on Gather, a digital meeting space with a classic video game aesthetic, Wizards of the Coast created a series of rooms with little puzzles. The reward for finishing each room was a card reveal.

Here are some of the best cards revealed as the final Forgotten Realms spoilers.

Asmodeus is drawing comparisons to Griselbrand—and it’s easy to see why. This expensive Black Creature can produce significant amounts of card draw if you’re willing to pay some life for it. Unlike Griselbrand, there’s an additional setup required to get full value.

For a total of four Black mana, Asmodeus can draw seven cards in a turn. Asmodeus doesn’t have evasion or any protective abilities. Its value comes primarily from the card draw and not as a combat threat.

White is receiving a lot of pieces to correct the problems with the color in Constructed formats. Loyal Warhound is a cheap effect that helps White decks keep up with an opponent who’s ramping. A 3/1 Vigilance is a fragile but threatening creature that gets better in Mono-White Aggro with the strategy’s anthem effects.

Loyal Warhound should find a home in some Commander lists. The card is competing with Luminarch Aspirant for the two-drop slot in Standard White Aggro lists.

Priest of Ancient Lore should be a solid piece in Limited. It’s a White version of Elvish Visionary that also gains you one life. Limited players should look to pick this card up in Draft. Pauper fans will be excited about a new Common to play with.

Temple of the Dragon Queen

Dragon decks are going to require a lot of color fixing in Limited. This archetype appears to run three to five colors if your mana base allows it. Temple of the Dragon Queen is a key Uncommon land that supports this strategy.

In a Dragon deck, the land will enter the battlefield untapped and tap for whatever color you need at that moment.