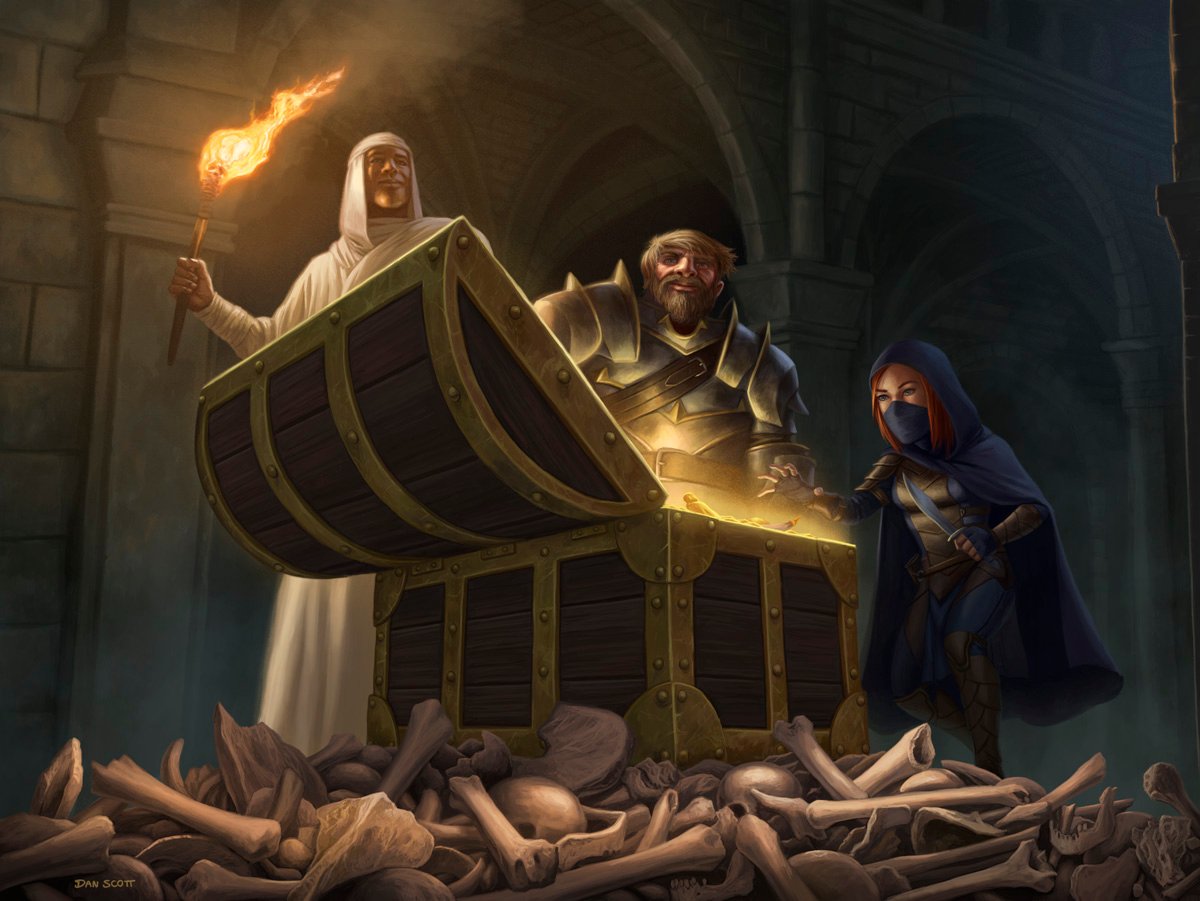 This year contains a lot of “firsts” for Magic: The Gathering.

Strixhaven: School of Mages opened the year up as the first main expansion to include cards not legal in Standard in its Limited format with the Mystical Archive. The pair of winter Innistrad sets will close out the year as the first time two sets have been released in that slot.

Magic’s biggest “first,” however, came with the release of the game’s first crossover set Dungeons & Dragons: Adventures in the Forgotten Realms. This top-down set takes classic D&D settings and characters and applies them to the context of Magic.

Released on July 23, Forgotten Realms brings together D&D and Magic for the first time in a black-bordered set. And it’s been a long time coming. The two games have been cousins under Wizards of the Coast since the company acquired D&D in 1997.

For Wyatt, designing these crossover products is a chance to deeply explore the worlds of the two games and introduce them to a new community. The Magic crossover books allowed Wyatt to use the mechanics of D&D to dive deeper into the worlds of Ravnica and Theros to build campaigns. 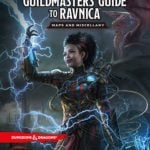 Forgotten Realms represented a different challenge for Wyatt and the rest of the design team.

Some of the essential aspects of D&D the team looked to incorporate were, of course, a suite of monsters. Beholders, mind flayers, displacer beasts, and many other creatures from the Monster Manual were included in the set.

Aside from monsters, notable weapons like a vorpal sword and +2 mace were included to capture the feeling of the Forgotten Realms.

The +2 mace stands out as an item that’s more of a reference to playing D&D rather than an object that’s located in the Forgotten Realms. No one in Waterdeep would go around looking for a “plus-two mace.”

This was an intentional decision. The design team wanted to convey the setting and the feeling of actually playing D&D.

“That’s the key thing that sets this set apart from most Magic worlds,” Wyatt said. “There’s the added job here of trying to communicate some of the feeling of actually playing D&D, which is a little different than the feeling of exploring the world of the Forgotten Realms. I’d say the balance, by and large, tips toward the world, with just enough nods in the direction of the D&D experience.”

The set’s mechanics largely capture the feeling of playing D&D. In the year of firsts, Forgotten Realms introduced the first black-bordered dice-rolling cards in Magic.

Rolling dice is central to the D&D experience, and early on into development, the design team led by senior game designer Jules Robins knew they wanted to incorporate d20s into the set.

Dice were not originally a part of Forgotten Realms early in the design process. For Robins and the design team it became evident that dice-rolling was the best way to “capture D&D’s moment of baited breath.”

Adding variance to Magic was a vocal concern for many players when they learned about dice-rolling being a part of Forgotten Realms. This was a concern Robins said he was conscious of and the design team took preventative measures to ensure dice-rolling wasn’t an unpleasant experience.

“The vast majority of the dice rolls are on effects that will change the board state for future turns to give players new decision points, but won’t decide the game on their own and will do predictable things to the immediate game state,” Robins said.

Many of the dice-rolling cards were also intentionally powered down so they would not make a major splash in competitive Constructed play.

“The cards are cordoned off somewhat: none of them are aimed at showing up in competitive Constructed environments, and most of them are focused in blue and red, so while you can draft a dice theme deck if you want, it’s not too hard to leave all the dice rolling cards on the sidelines if you’re pursuing, say, a white-black strategy,” Robins said.

Venture is another experimental mechanic that made its way into Forgotten Realms that hasn’t been seen in Magic before. Venturing into a dungeon keeps the player delving deeper into one of three dungeons with each trigger. This mechanic is another example of Magic’s recent push for mechanics that provide multiple decision points throughout the game.

The three dungeons available in Magic don’t look much like they did during the design process. Robins said dungeons went through several iterations before the team settled on what players use now. 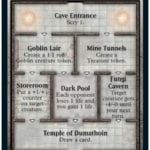 “We tried a lot of really out there things in our exploration, including rooms that set their own conditions for how to move onwards and a whole second deck that randomized which rooms you’d find next,” Robins said.

Forgotten Realms had multiple roles. It had to capture the essence of playing D&D. The set also had to succeed in the project of lowering the power-level of Standard for a post-Eldraine era. Additionally, as a top-down set of this nature that takes from established lore from a beloved game, Forgotten Realms needed to capture the flavor of the many characters and monsters in D&D.

As Forgotten Realms ages and the attention shifts to future sets, Wyatt said he hopes both Magic and D&D players can get something valuable out of the experience of playing Forgotten Realms.

“Maybe Adventures in the Forgotten Realms can introduce you to a new world,” he said. “A place you’ve heard fans talk about but never experienced for yourself.”