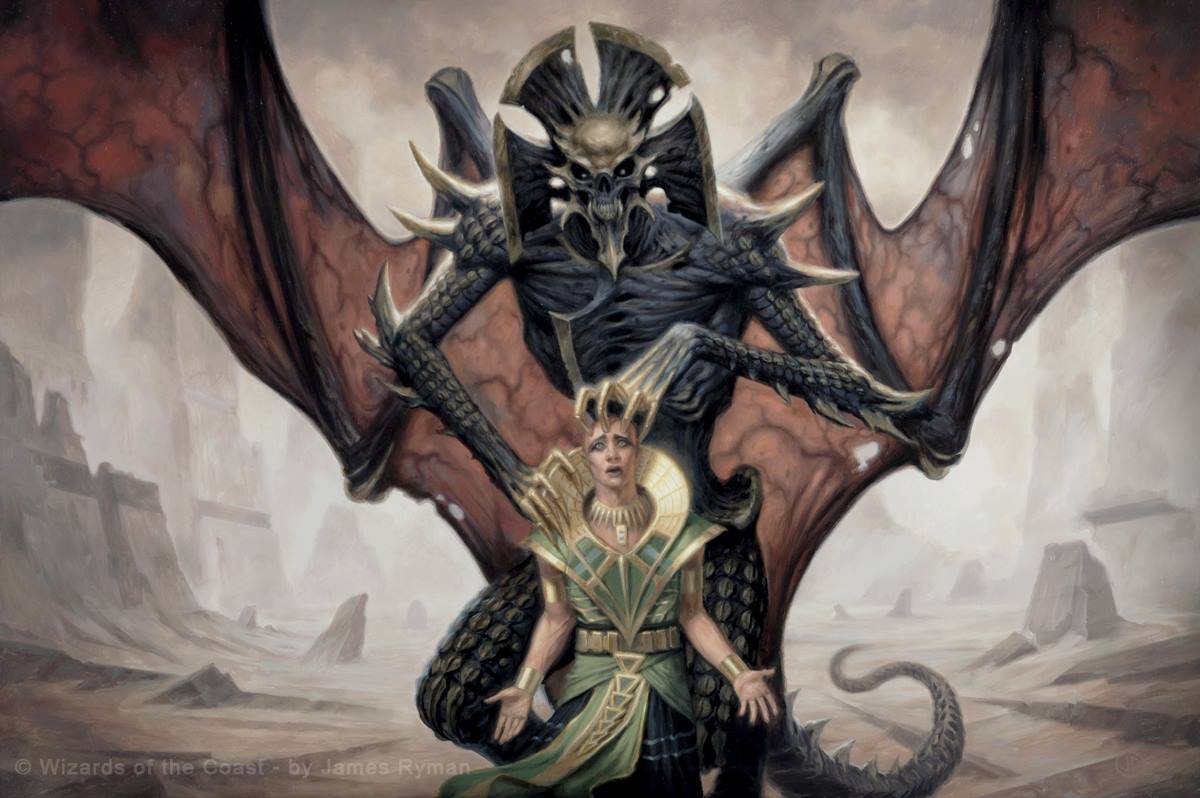 The new set is the game’s first remaster and a significant move toward introducing the Pioneer format into Arena. The Historic meta is already in flux after the release of Jumpstart in July. The release of Amonkhet Remastered throws everything back up in the air. But there are several cards that are expected to have a substantial impact on the format going forward.

Here are five Amonkhet Remastered cards that are worth using your wildcards for.

Buy a playset of Thoughtseize. If you craft nothing else from this list, just make sure you have four Thoughtseize in your collection. This card will be an easy four-of in every deck running black in Historic going forward.

Already a staple in Modern and Pioneer, Thoughtseize snipes a nonland card from the opponent’s hand on turn one. It’s an upgrade over some of the other hand disruption spells in Historic, like Thought Erasure or Agonizing Remorse, coming in one turn earlier and shutting down some strategies before they can get started. Mono-Black is looking stronger with every set and Thoughtseize is just another stellar piece for a deck on the rise.

What Thoughtseize is to decks running black, Collected Company is to any go-wide strategy with green. Another card that sees play in Modern and Pioneer, Collected Company provides consistency through card selection for decks searching for a key piece. Elves, Merfolk, and Tokens are some of the few decks that receive a boost from the inclusion of Collected Company in Historic. Hitting two key creatures with Collected Company can put you significantly ahead on board and in a prime position to close out the game.

Uro, Titan of Nature’s Wrath is one of the strongest cards in Historic. One way or another, that card must be answered. Rest in Peace is one of the most effective pieces of graveyard hate in all of Magic and should see some main deck play in best-of-three due to Uro requiring an answer. Rest in Peace shuts down Kethis Combo and many of the best lines of play for Rakdos and Jund Sacrifice. It’s a simple card that immediately impacts the Arena meta.

This is now the best white board wipe in Historic. Wrath of God immediately replaces Shatter the Sky as the white creature board wipe of choice—and for good reason. It effectively does the same job as Shatter the Sky but doesn’t give the opponent extra cards when their big creature dies. Like Rest in Peace, Wrath of God is a simple card but efficient and effective. Craft this card.

Approach of the Second Sun

The biggest question about this card isn’t whether it’s worth playing, but what shell the card fits into. When Approach of the Second Sun was in Standard, it didn’t put up a ton of top-eight finishes. In Historic, however, there’s hope that this control finisher will make its way into some of the strongest decks in Historic. Bant Control is already an effective strategy by leveraging Shark Typhoon, Uro, Titan of Nature’s Wrath, and Elspeth Conquers Death to control the board while it ramps into a Ugin, the Spirit Dragon or runs the opponent over with Zombie Tokens from Field of the Dead.

Approach of the Second Sun fits in as a nice one-of to add an extra win condition and apply pressure on the opponent. With the amount of card draw in Bant Control, there’s no issue in digging several cards deep to find Approach within a turn or two and win the game.

Amonkhet Remastered is loaded with strong cards that bolster other strategies, too. Glorybringer, Hazoret, the Fervent, and Ramunap Ruins are all candidates for inclusion in red decks in Historic. Zombies was a major archetype during the original Amonkhet and brings some strong pieces like Dread Wanderer into the format.

Here are some cards to watch in Amonkhet Remastered:

Amonkhet Remastered cards are available to craft with wildcards, by buying packs in the store, or by playing draft and sealed events.