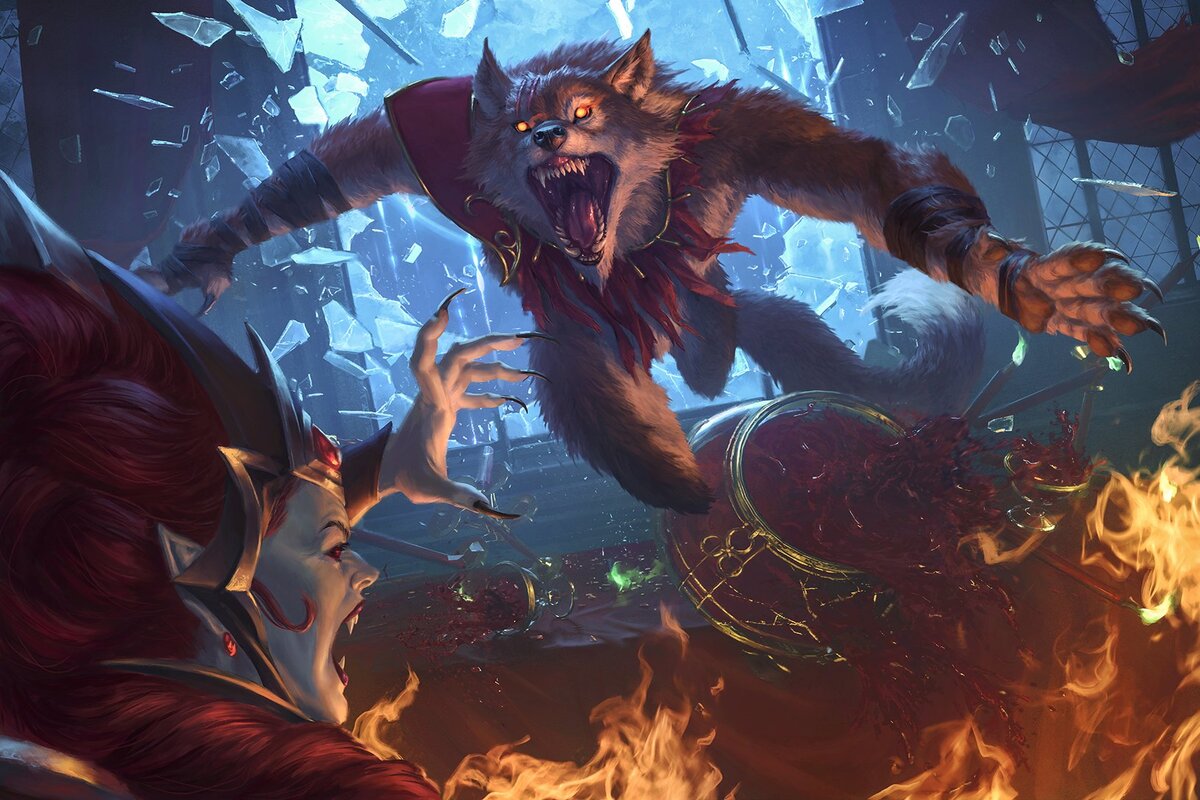 The gothic fiction-themed plane of Innistrad is filled with many dangerous creatures, and it shows in the way Wizards of the Coast designed its latest set Crimson Vow.

There are five different main creature types, human, vampire, zombie, werewolf, and spirit. Each has a plethora of creatures in the colors with which they’re associated.

In the Uncommon rarity, this Magic: The Gathering set has five mono-colored creatures that give players a little bit of an extra boost for playing creatures that are associated with their color. The primary color for each tribal creature type in Innistrad is White for humans, Red for vampires, Black for zombies, Green for werewolves, and Blue for Spirits.

Look to grab these Uncommon cards to upgrade the power level of your draft and sealed decks.

On its face, Resistance Squad doesn’t provide much value at 3/2 for three mana, but if you’re running a primarily White deck, this could give you the slight card advantage that you need in an aggressive humans deck. If you want to run this in your Draft or Sealed deck, just make sure that you have about 10 other human creatures in your deck or you’ll be playing a creature that doesn’t provide much value.

This mana-leak type card could come in handy in preventing someone from playing a bomb rare card in Limit. The reduced cost from controlling a spirit when you cast Geistlight Snare is useful, but that’s not a dealbreaker in playing this. While it’s a strong tribal support card, you’ll likely be competing with anyone that plays Blue for it so don’t expect to get a second chance at grabbing one in a draft.

The Black zombie support card is an extremely useful source of draw power in decks that play a lot of zombies. Similar to Resistance Squad, however, you’ll want to make sure that you’re running almost exclusively zombie creatures for it to have value in a limited format because a 3/2 for three mana isn’t powerful enough on its own.

Kill spells are always premium picks in limited formats, and Markov Retribution can give your Red and Black vampire decks the boost you need. Pairing this with some of the formats higher mana cost vampires will give you a three mana kill spell that can turn the tide of a match.

This Green werewolf isn’t overly powerful, but it could be what you need to top out your curve. For six mana, Wolfkin Outcast is slightly overpriced, although it costs just four if you have a wolf. A werewolf makes the creature an optimal play without even considering the value you can get from its Nightbound side.

If you want to play a Red and Green werewolves deck in limited that attacks with reckless abandon and takes advantage of the night, the Wedding Crasher side of this card will come in handy when you inevitably have a casualty or two.