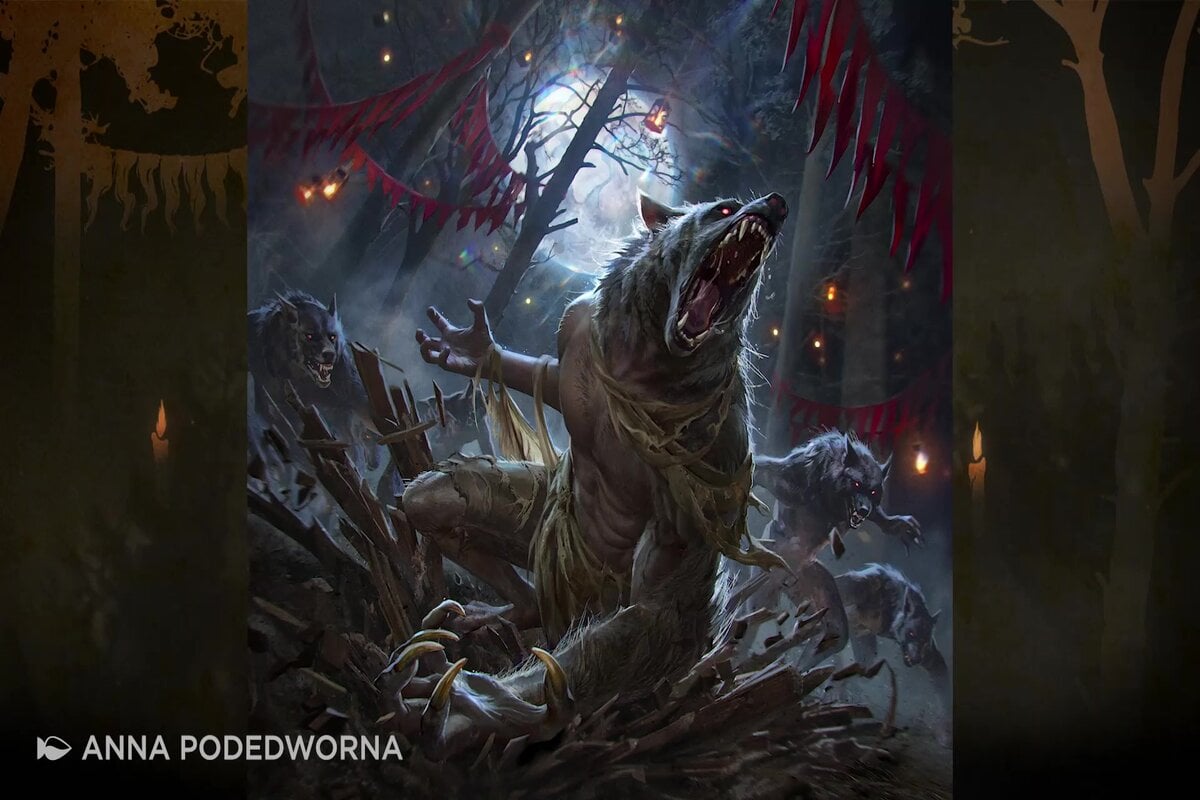 Magic: The Gathering is headed back to Innistrad for its upcoming set and one of its premier cycles will be a set of mono-colored mythic rare creatures with a multikicker ability.

Called “Adversaries,” these cards each represent a theme designated to their color. The Black card is a zombie, for example, while the Red card is a vampire.

On the surface, each card is a two-mana creature with a passive ability that makes it playable in a limited setting.

What makes these cards worthy of being mythic rare, though, is their multikicker abilities that cost two or three mana.

As the Red Adversary, this vampire with Haste can be played reasonably on curve. But where it truly shines will be if you can wait to play it when you have five mana.

Bloodthirsty Adversary will be at its most prolific when you kick it and exile a removal or burn card from your graveyard to kill off a creature on your opponent’s side of the battlefield.

The Black Adversary can help you fill out your board state if you play him late in a game and have an excess of mana available, but it isn’t quite as powerful as it might seem on the surface.

For every time you kick this zombie for three mana, you get two 2/2 creature tokens. But they have decay, meaning they can’t block and must be sacrificed after they attack. This will most likely find utility in decks that want to use those tokens for sacrifice strategies or death trigger abilities.

The Blue Adversary will likely have the most creative uses, compared to other Adversaries, due largely to Flash, which makes it playable at instant speed.

Additionally, its kick cost is only two and can be done multiple times. You can use it to phase out your permanents and you can phase out those of your opponents as well. This will give Blue players an abundance of opportunities to find unique and creative ways to use the card.

This human scout is the most simplistic of the Adversaries. The White card’s kicker simply puts valor counters on it that give it +1/+1.

With lifelink, the card will certainly be useful in many limited decks. But it’s probably not worth your first pick like some of the other Adversaries are.

If you’re looking to build out your board state late in a limited game, the green adversary will do you wonders. As a 4/3 with Trample for just three mana, the card already has strong enough value to be playable on curve.

If you wait a couple of turns or even top deck the card late in a game, however, it can turn your lands into 3/3 creatures. This will very likely be highly sought after in a Limited format by players that regularly have bad luck getting flooded with lands at the end of games.