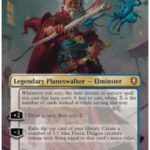 The release of the Commander Legends: Battle for Baldur’s Gate set is bringing back popular mechanics from Forgotten Realms and Throne of Eldraine, along with a card style from the D&D Magic: The Gathering Standard-legal set and a Showcase frame from ELD.

Scheduled to release on June 10, there are a total of three different card styles within the upcoming Commander Legends: Battle for Baldur’s Gate (CLB) set. Rule Book treatments return from AFR and will get applied to a variety of cards, from creatures to spells. Planeswalkers will have borderless art versions and a variety of cards will have extended art, some featuring alternative art as well. 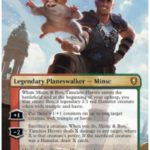 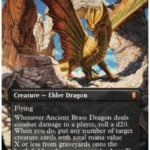 No unique Showcase Adventure frames were shown during the Baldur’s Gate spoiler stream, but it’s possible the set may contain alternative-art versions or have Adventure cards featured with a Rule Book treatment. 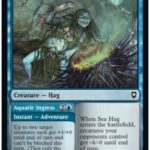 And a total of four cards were revealed to have the Rule Book treatment, from spells like Lightning Bolt to legendary creatures like Ellyn Harbreeze, Busybody. 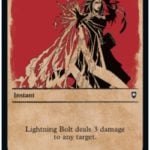 The Commander Legends: Battle for Baldur’s Gate set will have Draft and Set booster packs, along with collector boosters. A prerelease box will get released during the CLB prerelease events that will take place from June 3 to 5. And a set bundle with eight set booster packs will also be available at the global launch, which is scheduled for June 10.