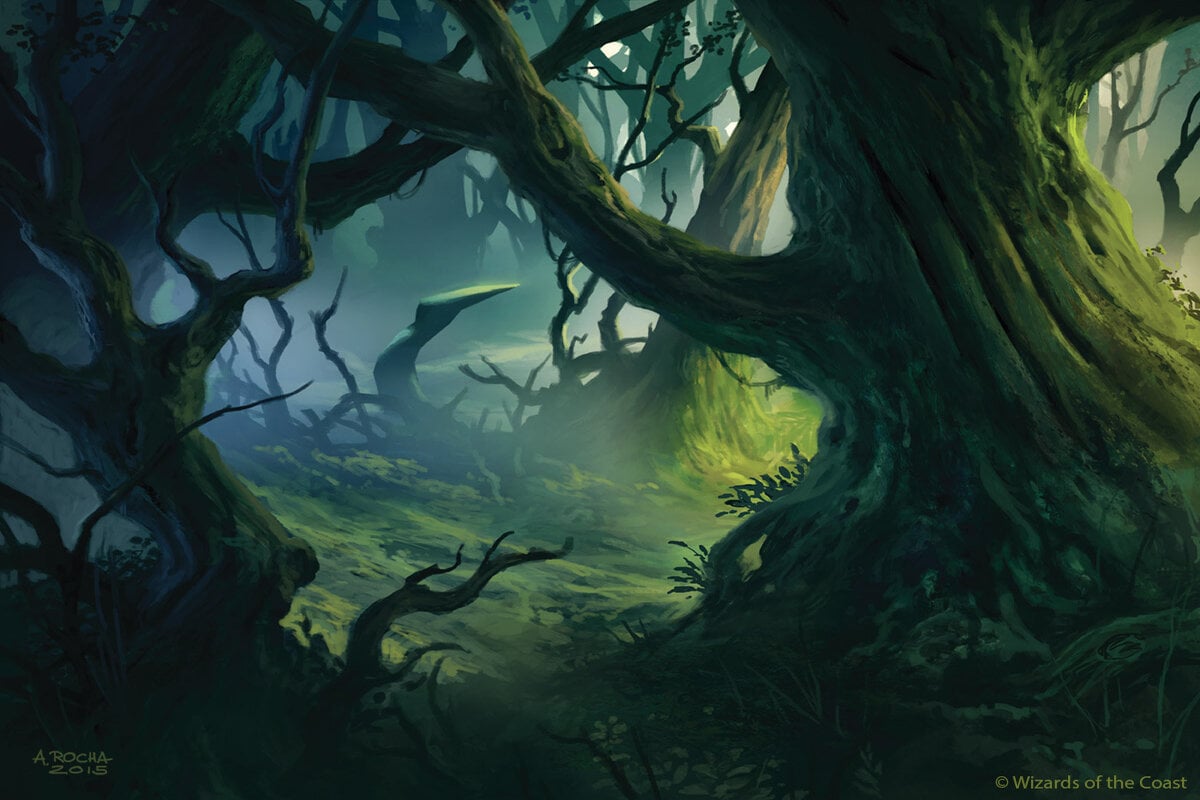 Magic: The Gathering’s Innistrad: Midnight Hunt introduced a new slew of rare dual lands for players to use called Huntlands. And with the second Innistrad-themed set, Crimson Vow, on the horizon, Wizards of the Coast is giving players the remaining color combinations.

For Midnight Hunt, WotC printed Huntlands that represented all Allied color pairs. In contrast, Crimson Vow has a Huntland for all five Enemy color pairings.

Similar to what you might refer to as a “Slow Land,” Huntlands enter the battlefield tapped unless you control two or more other lands. This directly opposes the set of “Fast Lands” that were introduced in Scars of Mirrodin.

But these lands technically don’t fit the definition of Slow Land because that terminology was already taken by lands that were introduced in 1997 during the set Tempest.

Considering how little those Tempest lands get played, you likely won’t have many people correcting you if you refer to these as Slow Lands. Particularly when playing a rotating format like Standard, people will know you’re referring to a Huntland if you say Slow Land.

Keeping in theme with the overall Innistrad aesthetic, Crimson Vow’s Huntlands all have eerily dark art, with each image showing a landscape at night time.

The five rare lands will likely see a reasonable amount of play in Standard and in mid-range or control decks in other formats.

Here are each of the lands and the color combination they represent: