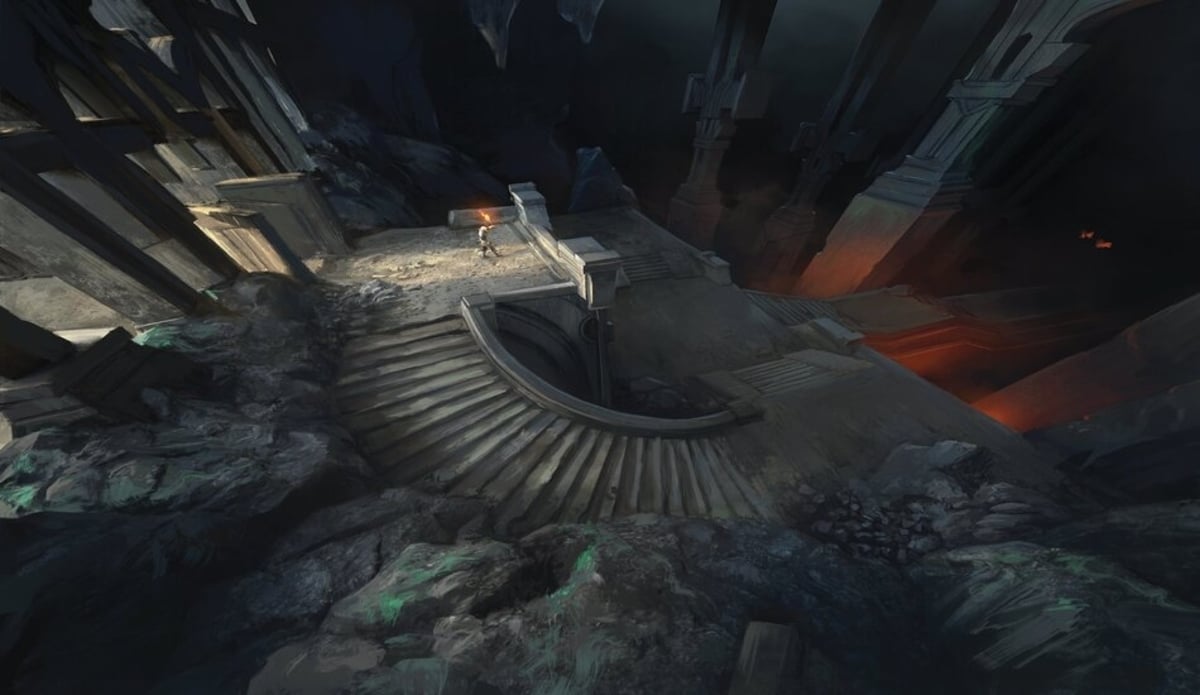 Magic: The Gathering’s latest set, Dungeons and Dragons: Adventures in the Forgotten Realms, has a new unique take on fast lands.

Traditionally, “fast lands” were lands that could be tapped for two different colors and came in untapped if you controlled two or fewer lands. This made the lands especially powerful in aggressive multi-colored decks. In Forgotten Realms, Wizards of the Coast has introduced rare fast lands that only tap for one source. However, each land also has an activated manland ability.

While most manlands come into the battlefield tapped these four lands have added utility. By being able to play these cards untapped early in a game, you can optimize your land drops and curve while still having access to a manland later on in the game.

Each manland requires one mana of its specific color and a varying number of generic mana to activate.

Cave of the Frost Dragon

As the white manland, this card can become a 3/4 Dragon with flying for four generic mana and one white mana.

In a limited setting, this could be extremely powerful in late-game situations when you might need to push through that last little bit of lethal damage against an opponent that can’t block flyers. Additionally, four toughness is no joke if you find yourself under pressure and need a blocker to keep you in the game.

Den of the Bugbear

For four mana in total, the red manland turns into a 3/2 Goblin that creates a 1/1 Goblin token whenever it attacks.

Not only does the land turn into a creature with its activated ability, but if used properly, it can expand your boardstate. In a well-oiled aggressive deck, this card can be just what you need to get that extra push.

This might be the most powerful of all the manlands in the set. For five generic mana and one Blue, Hall of Storm Giants becomes a 7/7 Giant creature with a ward of three generic mana.

In a drawn out game of limited, that kind of beefy body will terrify any opponent, and with a ward of three generic mana, it’ll be that much more difficult for them to remove it.

Hive of the Eye Tyrant

The Black manland costs four mana in total to activate, and while it only has a 3/3 body, its ability will be highly useful in niche scenarios.

Whenever the manland attacks, you may exile a card from the defending player’s graveyard. This might not be your go-to card for disrupting graveyard play, but considering the land comes in untapped early in games, it might make its way into some constructed decks or even their sideboard.

Lair of the Hydra

The Green fast manland in AFR is the only one that can have a fluctuating cost. For one green and any amount of generic mana, you can create a hydra that has power and toughness equal to the number of generic mana you’ve spent.

This likely won’t do you much good early in matches, but when you have a ton of land and no cards left in your hand, it could be the fuel you need to put you over the top and finish off an opponent.