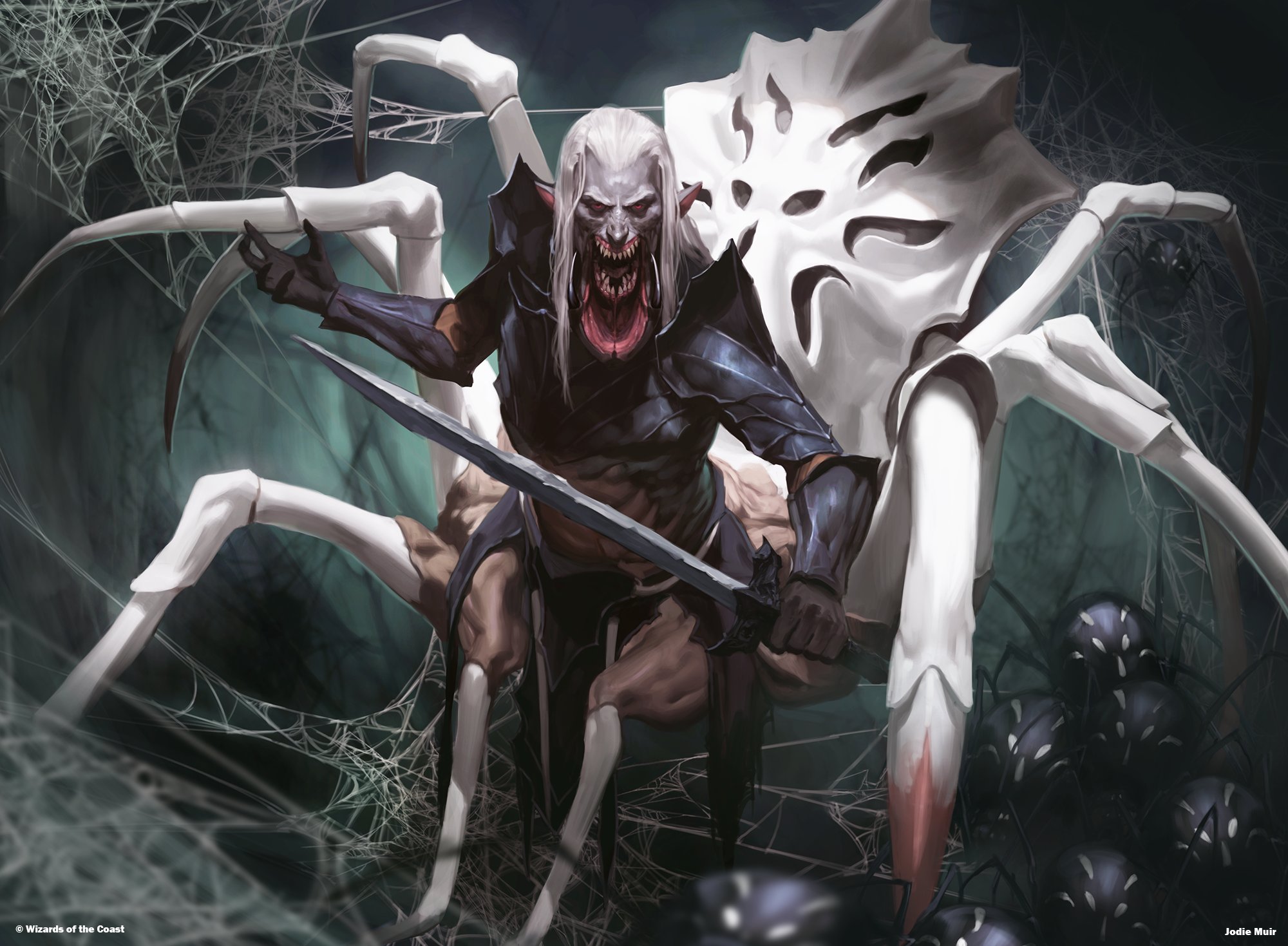 Magic: The Gathering’s latest set, Dungeons & Dragons: Adventures in the Forgotten Realms, has a strong focus on mono-colored cards, but it boasts 10 two-color draft archetypes.

As a way to lead players in the right direction, Wizards of the Coast made a two-color legendary creature as a signpost for those potential paths, one for each color combo.

Each of the cards is uncommon in rarity despite being legendary, so there’s a reasonable chance that you’ll stumble upon at least one or two during a draft.

If you see the legendary creature that fits your colors, you might want to consider grabbing it because it will have strong synergy with what you’ve already picked.

The enemy color legendary creatures in this set include some tried and true staples like Red-White equipment and some newer mechanics like rolling dice in Blue-Red.

Here are all five of the enemy-colored uncommon legendary creatures in MTG’s Adventures in the Forgotten Realms.

Barrowin is perhaps one of the more underwhelming of the archetype legendary creatures. As a 3/3 for four mana, you’ll want to find more value from playing Barrowin—and venturing certainly provides that to some degree.

But with limited formats being as filled with aggressive decks as they are right now, you’ll struggle to ever complete a dungeon and truly benefit from Barrowin’s second triggered ability.

The Boros legendary creature is all about using equipment. And in this set, it can do wonders for an aggressive limited deck.

With five power, the four-mana card has the exact type of body you want in an aggressive deck. Meanwhile, he gives creatures with equipment attached to them an extra two power and gives you one free equip every turn.

Rolling the dice is a common theme in AFR because of its ties to D&D and Farideh is one of the few cards that gives you a payoff for playing cards that make you roll a d20.

When paired with the right cards, this signpost card will have flying and menace regularly. And if you’re lucky, you’ll get a lot of card advantage out of it as well.

This defensive 0/4 creature will help protect you against the popular aggressive archetypes for only two mana.

Additionally, Gretchen’s four-mana activated ability will give you both draw power and ramp that will be crucial in outlasting hyper-aggressive decks that run Red-White and Red-Green.

Shessra is one of the least valuable of the signpost cards. From a body standpoint, she’s only a 1/3 for four mana and her abilities don’t necessarily make up for it.

Her enter-the-battlefield trigger has the potential to be useful removal, but the set is already filled with significantly more impressive removal cards.

Additionally, her “Whisper of the Grave” ability is too conditional. It also requires you to pay life, something that’s not ideal in a limited format that’s as aggressive as AFR.