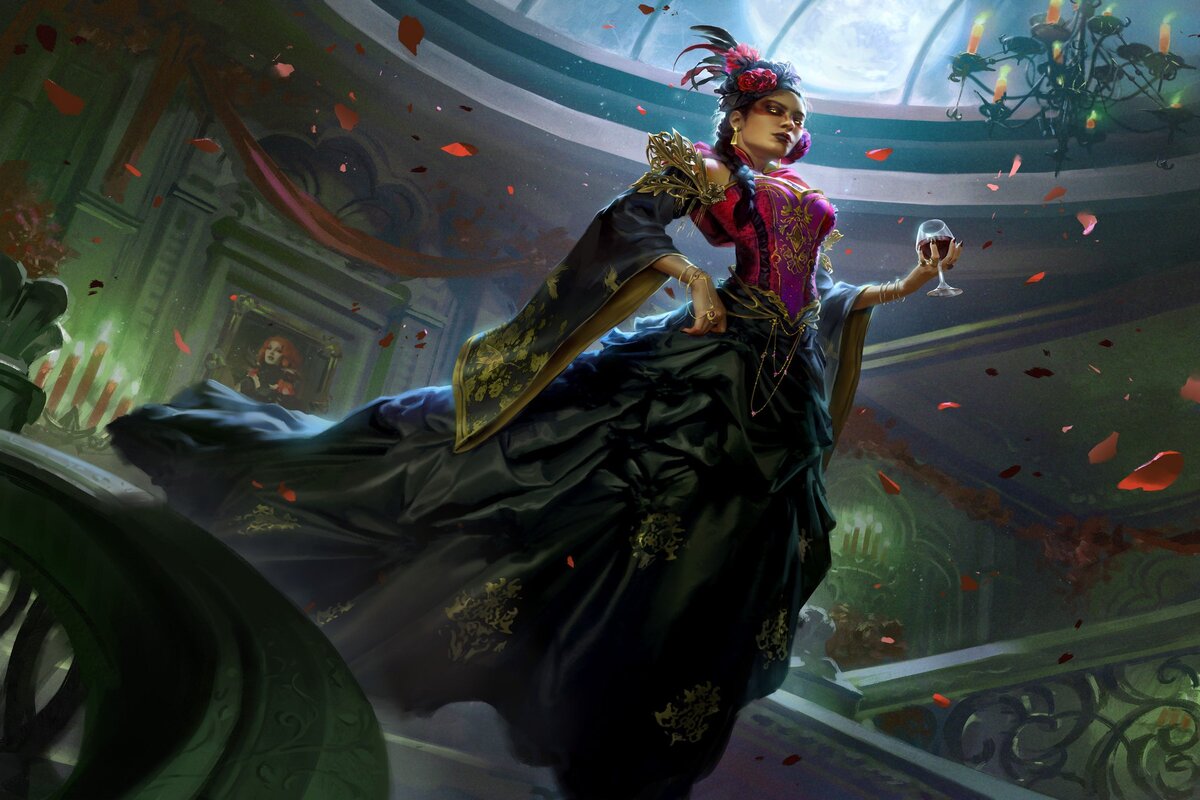 Double-faced cards are a staple of Magic: The Gathering’s latest sets based on the Innistrad plane.

Along with a plethora of other double-faced cards, the game’s latest set has a cycle of five mono-colored powerful Mythic Rare cards that have the potential to dominate some matchups in limited formats, as well as find some play in constructed decks.

All five cards start out as creatures, but two of them are enchantments on their second side. The other three stay as creatures regardless of which side they’re on.

Here are all of the double-faced Mythic Rare cards in MTG’s Crimson Vow.

A Flying, Vigilant 4/4 creature is powerful no matter what format you’re playing, especially for just three mana. But this White Mythic Rare is somewhat limited by its status as a Defender.

After three upkeeps of having Faithbound Judge on the battlefield, however, you’ll be able to start attacking with him, giving you the close out potential that you’re looking for.

Meanwhile, Disturbing the card from your graveyard to enchant an opponent with Sinner’s Judgement could serve as a way to end games. Look for this card to be especially powerful in limited formats if games last a long time.

Additionally, the card could be a way for some constructed control decks to finish off opponents. You might see this get some play in Historic Jeskai Control decks

Sitting at 0/2, this two-mana creature has powerful utility but might be too easily removed from the battlefield to find a reliable place in constructed formats.

While you’ll be lucky to ever see it played in limited, it will be an extremely powerful way to extend your hand and give you fuel in longer matchups.

Requiring six mana to transform, this Blue creature will likely be used in more control-oriented decks that want to grind you out with value. Assuming you can turn him into the legendary enchantment Hauken’s Insight, you’ll be able to get massive amounts of value by playing exiled cards for free.

Four mana to cast a 1/3 Flyer isn’t especially impressive on its surface. But when you consider the fact that you can quickly transform Henrika Domnathi at the beginning of your combat, you’ll quickly see the appeal of playing this card.

On the back side of this card is the legendary Henrika, Infernal Seer, who flies and has Deathtouch and Lifelink as well. Meanwhile, she also becomes a 3/4 that can buff other creatures, making her a must-have in any vampire deck.

Volatile Arsonist will be difficult to find in a draft or sealed setting. But if you’re somehow lucky enough to get one, it will be the perfect top-end for any aggressive deck. For five mana, it has Haste and Menace, as well as the ability to ping opposing creatures and enemies directly every time it attacks.

The Nightbound werewolf form of the card is marginally more powerful. But even if it stays Day, you’ll be able to get massive amounts of value from it.

In constructed formats, the card is unfortunately just a little bit too expensive to find its way into aggressive Red decks that oftentimes never get to five lands before the game ends.

The Green Mythic Rare double-faced card is another example of a limited bomb that you might not ever see. But if you do, you’ll likely win with it.

For six mana, Avabruck Caretaker is perhaps too expensive for many constructed formats. But with Hexproof and the ability to put counters on creatures every turn, it has tons of potential to be hugely powerful.

Meanwhile, that power level ramps up significantly on its Nightbound side. During Night, Hollowhenge Huntmaster gives all of your other permanents Hexproof and becomes a 6/6.