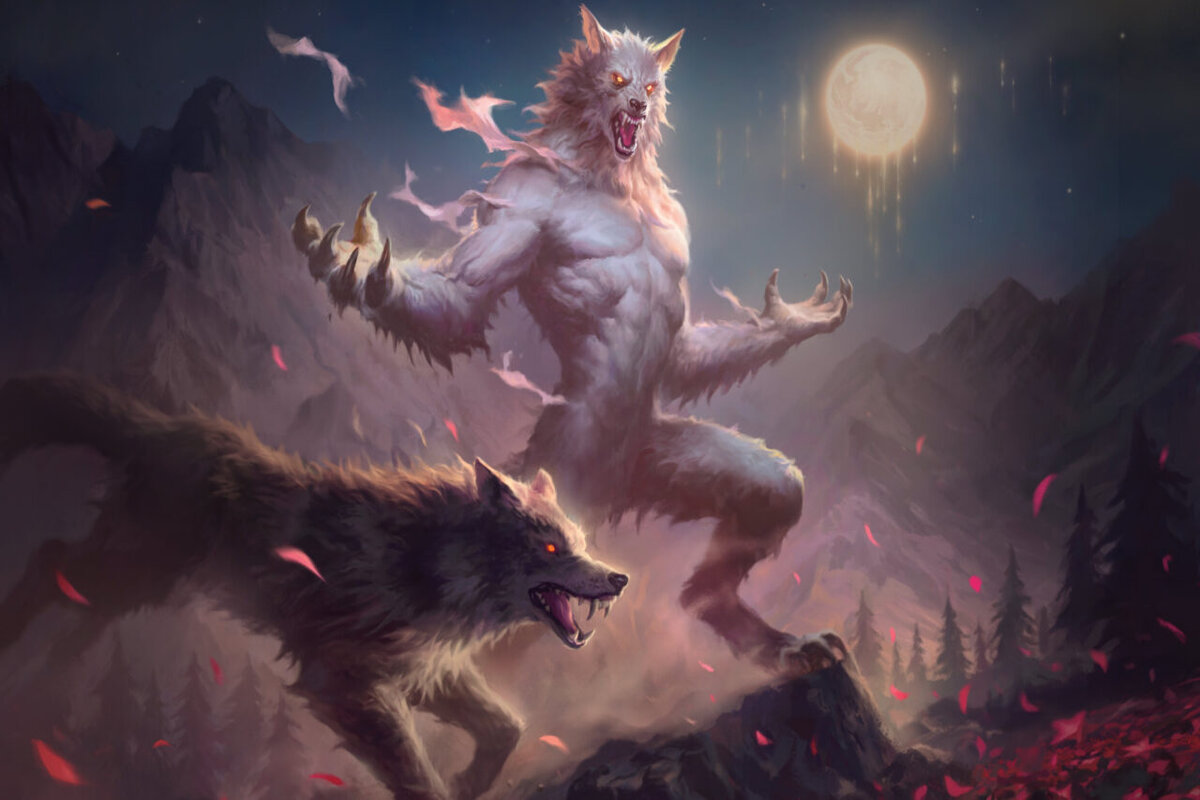 The five primary creature types of Innistrad play a major role in every set that Wizards of the Coasts creates on the plane—and Crimson Vow is no different.

Along with tribal hate, there are two cycles of tribal support cards, one common and one uncommon, that give you benefits for playing vampires, werewolves, spirits, zombies, or humans.

Each common tribal spell is the secondary color of the tribe that it supports. For instance, the primary color for zombies in the set is Black, but the common tribal card, Chill of the Grave, is Blue.

This encourages players to splash a specific second color depending on the synergies they’re looking to create that feature a tribe.

This White enchantment might cost four mana, but if you control any spirits, it can quickly become a combat trick.

In a limited setting, this card could help you get the damage you need to finish off an opponent by tapping down their blockers in a stalled board state.

Meanwhile, if you have spirits, you’ll be able to use it defensively to prevent an attack from your opponent and then crack back on your turn while their defenses are down.

Chill of the Grave

The Blue zombie support card will also stymie an opponent’s creature while serving as a cantrip at the same time.

Costing three mana, the card isn’t terrible. But if you control a zombie, the instant will cost one less mana.

It’s not game-breaking by any means, but as a common instant that provides a little bit of tempo, it will likely be worth using to fill out your deck.

The Black common tribal support has perhaps the strongest tribal synergy of all the cards in the cycle.

The one-mana enchantment can be used as an effective kill spell in many cases. But if it’s used on one of your own vampires, it can be a versatile buff for finishing off your opponent.

At the same time, users should beware of the card’s inability to take power and toughness away from an enemy’s vampire. If you’re playing against a vampire deck, this spell is completely negated as potential removal.

This wolf creature is the perfect two-drop to boost any limited format deck that’s loaded with wolves and werewolves.

On its surface, it’s solid value sitting at 2/2 for two mana. But if you play an abundance of other werewolves, it will likely maintain status as a 3/2 with trample, making it some of the best value an aggressive deck can get out of a common in the two-drop slot.

As a 2/2 for two mana, Dawnhart Disciple is a fine filler card for any deck that wants to play humans in a limited setting.

Add in the fact that the Green card gets buffed whenever you play other humans and this creature can get intimidating quickly if you play multiple humans in the same turn.

Look for this card late in a draft if you’ve committed to playing humans and need more creatures or two-drops.