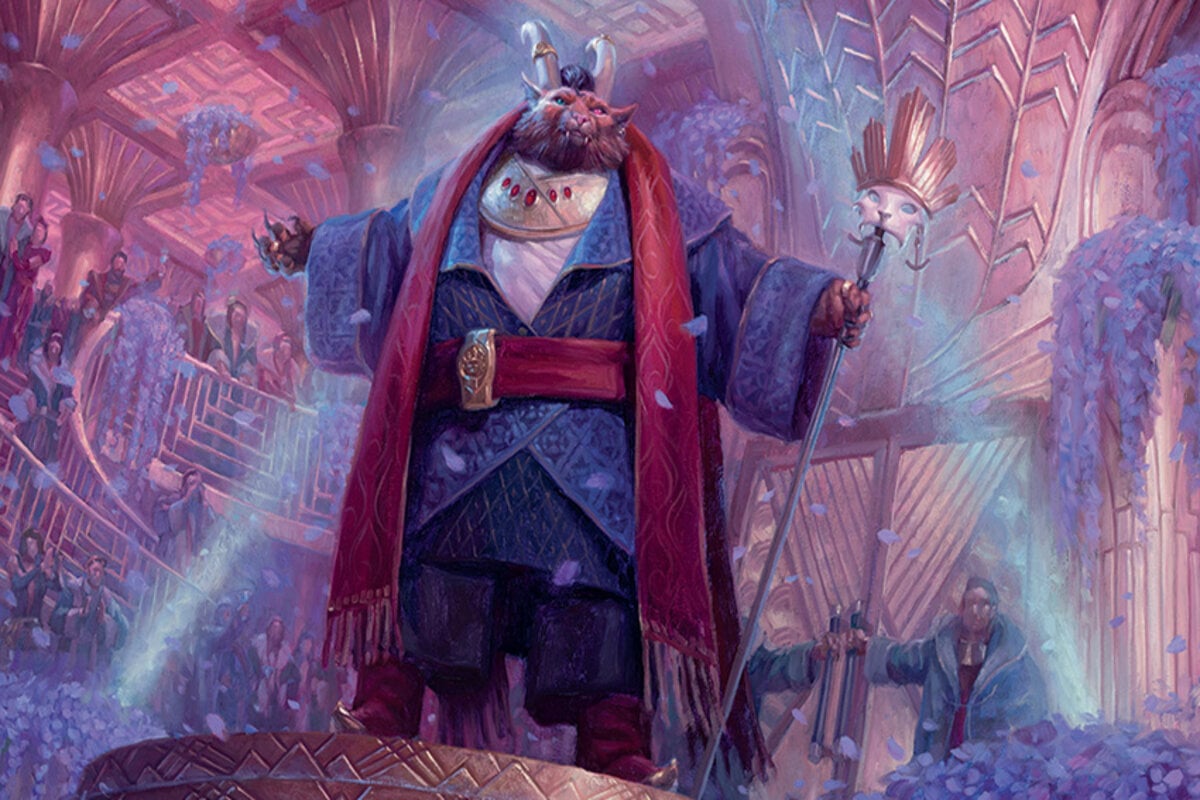 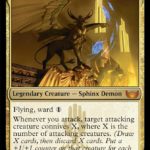 Streets of New Capenna is a three-color set that has many exciting implications for Commander, Magic: The Gathering’s most popular eternal format.

Some of the most popular decks in Commander are three and four color lists that take advantage of synergies across different colors. More colors generally mean greater options when building decks.

New Capenna introduced a suite of cards that support both aggro and control lists. There is also a concerted effort by Wizards of the Coast to add more card advantage to White decks. This trend continues with New Capenna.

Every card in New Capenna has its place in a Commander deck. The format is filled with bulk rares or uncommons that find homes in niche decks. There are some cards that stand out above the rest, however.

Here are the 10 best cards for Commander from New Capenna.

Giada is one of the best cards in any Angel tribal deck. It’s an incredible piece that provides ramp and makes an already threatening tribe even scarier. When Giada is on the battlefield, each Angel enters the battlefield with +1/+1 counters on it equal to each other Angel you control.

This ability makes Giada the ultimate snowball card in an Angel deck. For someone looking to run mono-white Angels, Giada is the best option. It enters the battlefield on turn two and accelerating mana in a deck with dozens of expensive Creatures is crucial.

Giada fits well in the 99 of the multicolored Angel decks led by Gisela, Blade of Goldnight or Kaalia of the Vast.

The cycle of Hideaway Enchantments from New Capenna is clearly strong. Each of the Enchantments provides a good static effect that supports specific game plans. Being able to cast a free spell off the Hideaway ability is what makes the Enchantments excellent in Commander. The format is filled with ways to cast spells for free and each time it happens it has a game-changing impact.

Rabble Rousing lets you cast the exiled spell for free if you control 10 Creatures. This should be an easy requirement to meet in a go-wide token deck. The static ability is also powerful. For each Creature you attack with, Rabble Rousing creates that many 1/1 tokens. This is a quick, effective way to grow your battlefield.

Like Rabble Rousing, Cemetery Tampering is a good addition to a graveyard deck. The free spell requirement occurs when you have 20 cards in your graveyard. This is another simple task for a dedicated graveyard list like Muldrotha, the Gravetide.

The static ability mills two cards on your upkeep. Having access to repeatable self-mill is something that every graveyard deck is looking for. At three-mana it’s cheap enough to be an early enabler and the Hideaway ability helps it retain its value if drawn later.

The story of New Capenna appears to be powerful snowball cards. Arcane Bombardment in Standard often wins the game if its controller is able to untap with it. The same will be true for Commander. Once Arcane Bombardment gets a couple of cards exiled under it, one spell turns into multiple free spells.

With the substantive card pool of Commander and the number of spells matter cards, Arcane Bombardment becomes a dominant engine if left unchecked. Opponents will need to remove Arcane Bombardment on sight or its controller will take over the game with an increasing avalanche of Instants and Sorcery spells.

When Bootleggers’ Stash was revealed Commander players immediately recognized how strong the card is. The effect is simple. This Enchantment allows your lands to tap to create treasure tokens. It’s a powerful way to double your mana and set up explosive turns.

The thing with Bootleggers’ Stash is that while it’s a strong card, there’s no shortage of absurd mana acceleration combos and spells in Commander. This is a six-mana Enchantment that has the potential to take over the game. Every color and every deck has access to big-mana bombs.

Bootleggers’ Stash should be included in most Green decks, but players shouldn’t be warping their decks around answering Commander’s new boogeyman.

Every Bant Creature list needs to run Brokers Ascendancy. Most of the New Capenna Ascendancy cycle supports narrow strategies and requires a significant amount of setup to make function.

Brokers Ascendancy just needs to be on the battlefield with other Creatures or Planeswalkers and it has an impact. At each end step, every Creature you control gets a +1/+1 counter and Planeswalker gets a loyalty counter. It’s a passive effect that slowly takes over the game by growing an army of Creatures.

If the opponent casts Jetmir, remove it immediately. The leader of the Cabaretti is one of the strongest go-wide G/R/W legendary Creatures in the format. The key to Jetmir is that it doesn’t need to enter the battlefield until you’re ready to make an impactful play. With nine Creatures on the battlefield, Jetmir gives the team +3/+3, trample, vigilance, and double strike.

Jetmir can enter the battlefield before you hit the nine Creature mark to help establish a presence on the battlefield and gain small advantages. Because of its strength, however, it might be worth sandbagging Jetmir until you have a large battlefield and are ready to take out a player with an alpha strike.

Esper decks in Commander usually play slow, using stax spells and evasive Creatures to win the game. Raffine rewards players for being a little more proactive and attacking with multiple Creatures. When a Creature attacks, it connives X equal to the number of attacking Creatures. This is an excellent way to dig through your deck and find key threats and answers. In a singleton format, this level of card draw helps increase a deck’s consistency.

With a 1/4 body and Ward 1, Raffine is hard to kill in combat and taxes the opponent’s single-target removal spells. Look to play Raffine in a deck with a lot of Creatures with flying or some form of unblockable ability. This will help protect your Creatures while they attack and grow from conniving.

Out of all the cards in New Capenna Luxior is one of the most hyped when it was revealed. Luxior is an autoinclude in Planeswalker decks. Luxior turns Planeswalkers into Creatures. This is an exciting effect that’s generally only seen on Gideon cards.

Turning a key Planeswalker into a Creature means opponents can’t directly attack them. Opponents must dedicate a removal spell to remove the Planeswalker. Luxior can also be equipped to Creatures which can be a nice stat boost in +1/+1 counters builds. 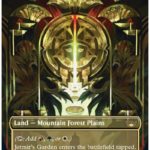 The cycle of five trilands from New Capenna isn’t the most exciting but greatly helps three, four, and five-color decks succeed in the format. The struggle for multicolor decks is making sure you have access to all your colors as fast as possible. This is best accomplished with mana rocks and lands that tap for multiple colors.

These three-color lands can be tutored by cards like Farseek or the cycle of fetch lands. They can also be cycled for three mana. This helps mitigate the effects of mana flood by allowing these lands to replace themselves when they’re not needed.