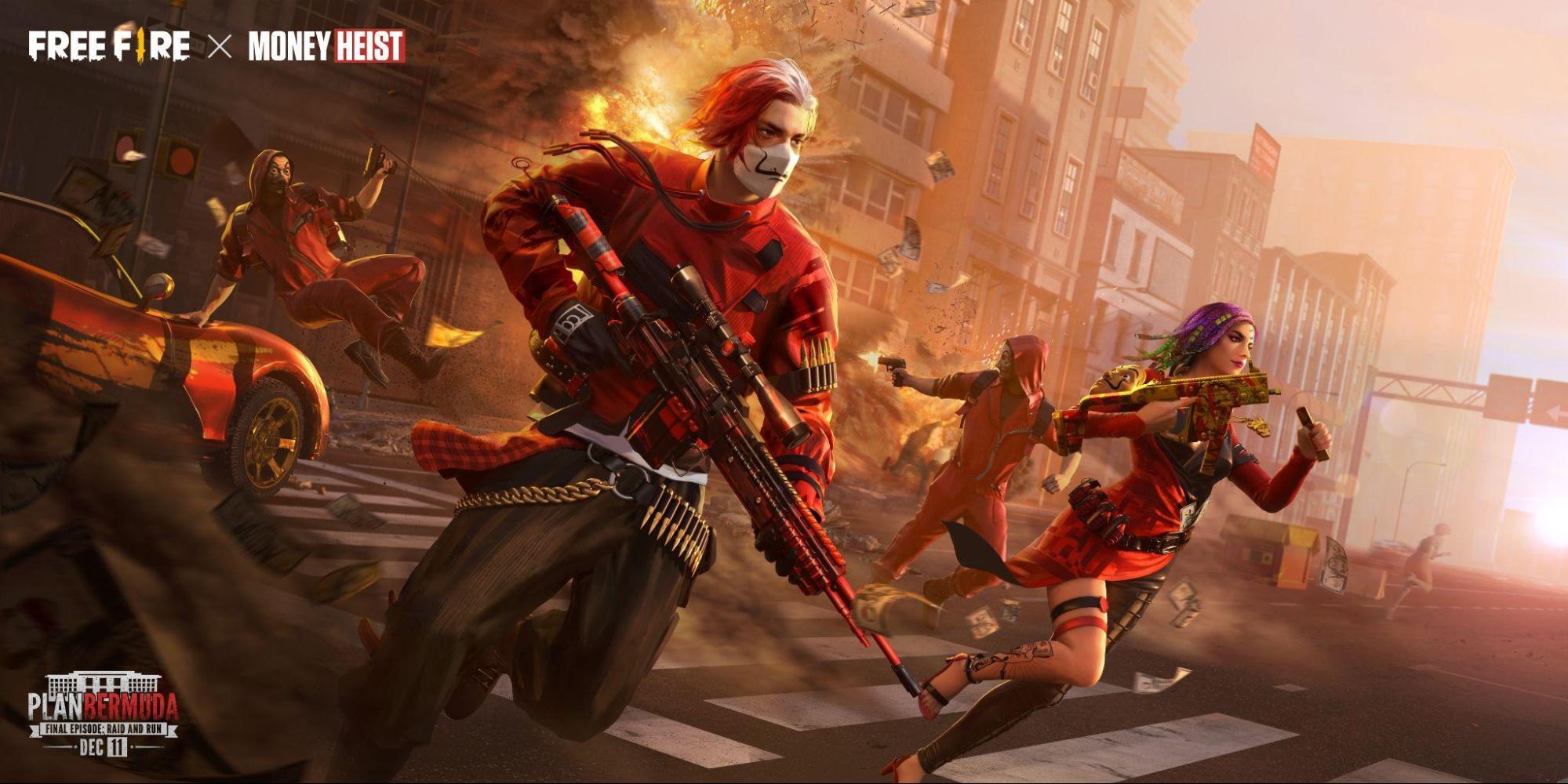 The Spanish crime action television series first collaborated with the game in September 2020. Over a year later, it is returning to Free Fire with an in-game event, Final Episode: Raid and Run.

Money Heist’s season five part two, consisting of three final episodes, will hit Netflix on Dec. 3. Coinciding with this, the Final Episode: Raid and Run event will go live in Free Fire on the same day and run until Dec. 14.

As a part of this tie-up, a lot of new features will drop into the battle royale game. This includes a mode, in-game reskin, new interface, Free Fire x Money Heist collaboration items, and more.

The most exciting feature of the collaboration is a new mode featuring one of the series’ main characters, The Professor. Players will be able to team up with him to complete missions on the Bermuda map. This includes locating gold and rescuing a Free Fire squad.

Garena has said that more details about the collaboration will be revealed in the coming days.