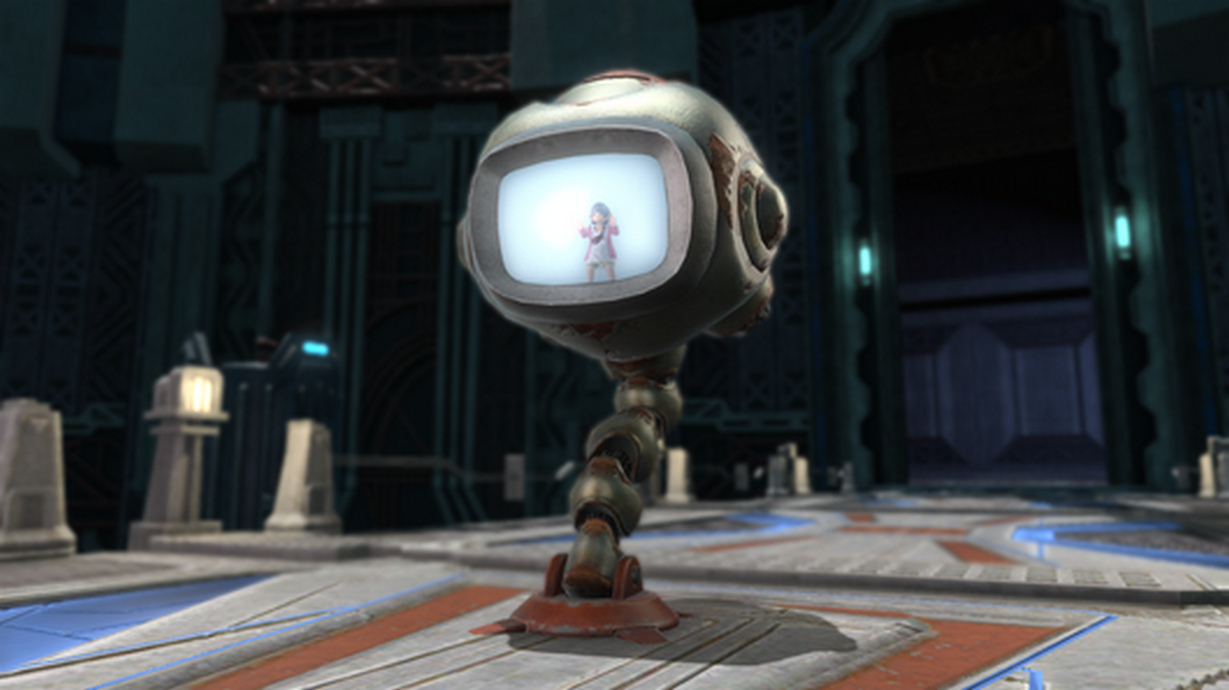 The Level Checker is one of these mounts. It will only be available after completing all Endwalker, however, so you’ll have to be patient. Reminiscent of Omega raids, its presence among the new mounts will make sense to you when you finish the expansion’s story.

It’s bound to be a popular mount because of its unique way of transporting players. Rather than riding it, they are shrunken and trapped into its screen. It also has an original way of moving, by jumping on its sole leg. It’s not easy to unlock, however, so you’ll have to come prepared.

How to unlock the Level Checker mount in Final Fantasy XIV

The Level Checker key is sold by an NPC in Radz-at-Han at X: 10.6, Y: 10.0. The trade will require 12 Chi Bolts. They are earned by doing the FATE called “Omicron Recall: Killing Order,” which will require you to kill the boss Chi.

Since it’s similar to the system of Formidable FATEs from Shadowbringers, with the mount Ironfrog Mover, each FATE will only drop six Chi Bolts each. You’ll have to complete it two times to be able to buy the mount.

Be warned: it’s not an easy FATE. Even if there are dozens of players working together to defeat him, make sure to join a party and set the closest Aetheryte as your return point, just in case. Here are some pointers about the fight:

Otherwise, follow the players who know what they are doing to dodge all attacks and use a job you know well.

To know when the FATE will be available on the Ultima Thule map, use community hubs, such as the Faloop server. It has a cooldown of 48 hours and must be spawned by completing two FATEs from the chain “Omicron’s Recall,” so don’t hesitate to travel to other worlds to complete it (only if the servers aren’t overloaded to avoid getting stuck in a lengthy queue).

You’ll have to unlock flying in the area to reach the FATE. If you haven’t unlocked it, make sure to invite a friend or ask for someone to give you a ride.