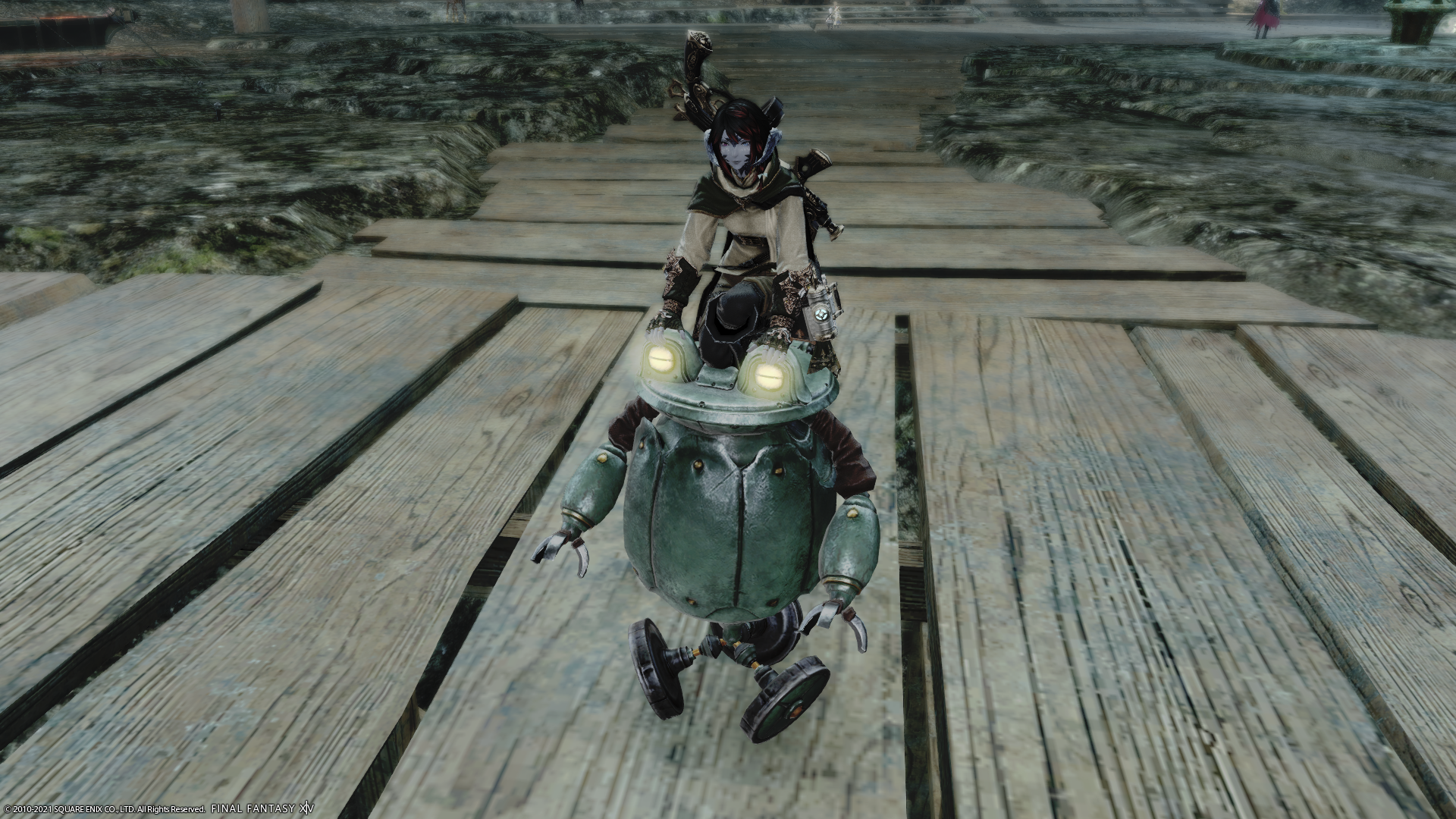 Final Fantasy XIV boasts over a hundred of different mounts to choose from, among the ever-growing content released over the last years in Square Enix’s MMO game. The Ironfrog Mover was released alongside the latest expansion Shadowbringers.

The mount is a cute mechanical frog that uses its wheels on the ground, activates two small reactors to fly, and carries characters on its head. It particularly suits Lalafells with its small size.

How to get Ironfrog Mover mount on Final Fantasy XIV

The Ironfrog Mover is not that difficult to unlock, but requires a bit of organization. The Ironfrog Mover Ignition Key can be purchased for 12 Formidable Cogs from the NPC called Fathard in Eulmore (10.2 ; 11.8).

Those items are earned by completing the boss FATE from Shadowbringers called “A finale most formidable,” which requires a good amount of people in order to succeed and kill the giant Ironfrog. This means you’ll need help from other players to collect those items.

There are several solutions, but the easiest is to join a community where people are dedicated to notifying the players when the FATE becomes available. Its spawn rate is less than one time per day on average, so it wouldn’t be very useful to just wait in its location in Kholusia. Its spawn is also triggered by a chain of other FATEs, so it would be a lengthy process only to be able to make it appear.

It’s possible to check cross-world linkshells in the Social log, or join Discord communities such as Faloop to know when the FATE will be available on your data center and gather dozens of players to take the boss down.

You’ll have to be careful and learn its mechanics fast, because you might die several times while attempting to take it down. For this reason, it might be a good idea to complete the first time as a tank class, and to attune to the closest Aetheryte just in case.

The players will have to complete this FATE several times to get the Ironfrog Mover mount, since only two to six Formidable Cogs are earned per completion.